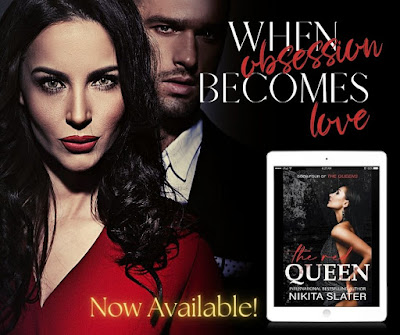 “A 10 star read! Nikita does it again. This is by far my favorite series by this author. These characters are amazing, strong, dark and twisted but I love them all the same. This book is extremely explosive!!! Absolutely amazing read!!!!” ~Kelly’s Book Blog 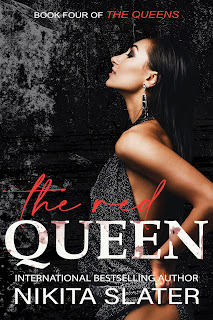 A dark mafia enemies to lovers romance by International Bestselling Author Nikita Slater.
Giovanni Savino is the Italian Godfather. He holds his mafia empire with merciless efficiency. When he sees Desi in shackles he sees the female half of himself. Brutal, deadly, obsessed.
She should be put down like the rabid animal she is, but Giovanni is up for the challenge of civilizing the feral cartel queen. She is the beast to her own beauty and he will tame her. He will teach her to bend her vicious tendencies to his advantage. He will show her what love is supposed to be.
He will rip out the heart she insists beats for no man and keep it for himself. He will rule his kingdom with his red queen at his side.
The Red Queen is the 4th book in The Queens dark mafia romance series. Each book is standalone, no cheating, with a happy ever after. This book is a sizzling dark romance containing scenes of violence. Please read with caution.

“Well done, Desiree,” Giovanni said, standing. He straightened his cufflinks as he spoke. “There’s no way to leave this room without me though, so you can stand down.”

“Then I’ll leave this room with you,” she snarled, edging away as he circled the table toward her. One of his men reached for her, but Giovanni waved him off.

Desi flung herself over the table, launching herself at Giovanni and sending what was left of the food and drink to the floor. He sidestepped, gripped her by the throat as she passed him and flung her backwards, slamming her down on the table.

As she lay stunned, trying to catch her breath, he pulled a gun from the holster under his jacket, proving that not everyone in the room had been unarmed.

He pressed it to her forehead before leaning down until his lips were hovering over hers.

“You’re just as good as I hoped,” he said, his voice deepening as he kissed her.

Desi held perfectly still, her hammering heart pumping blood through her veins. Adrenaline slammed into desire as he shoved his tongue into her mouth and tasted her fight.

He lifted his head and, with barely a sideways glance to take aim, shot two of his men. One had been the man who lay unconscious on the ground and the other was the man who’s punched her. Blood sprayed across them in the confined space as each bullet found a home in a skull.

Giovanni’s other men took a quick step back, alarm on their faces as their boss straightened away from the table and helped Desi to her feet. She swayed, but he steadied her.

The fight drained from her as she tried to figure out what had just happened. She’d been trying to escape, but Giovanni had stopped her without breaking a sweat, then had executed two of his own men. What the fuck?

He answered her unspoken question by aiming his ire at the remaining men. “I told you this woman was not to be injured.”

Desi stared at the dead men as she tried to figure out what they’d done to her to deserve a bullet in the head. One had backhanded her and the other had slammed her into a wall.

An entire world of possibilities opened up to Desi as she realized what Giovanni’s edict meant for her. If he was unwilling to allow his men to harm her, then she could do anything to them without fear of retaliation. 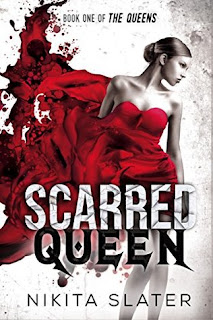 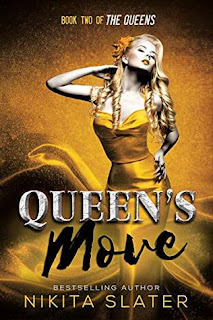 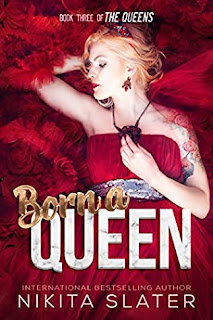 Nikita Slater is the USA Today Bestselling Author of action-packed suspenseful romance. She writes dark romance, mafia romance, and post-apocalyptic dystopian romance. She lives on the beautiful Canadian prairies with her son and her crazy awesome dog. She has an unholy affinity for books, wine, pets, and anything chocolate. Despite some of the darker themes in her books (which are pure fun and fantasy), Nikita is a staunch feminist and advocate of equal rights for all races, genders, and non-gender specific persons. When she isn’t writing, dreaming about writing or talking about writing, she helps others discover a love of reading and writing through literacy and social work.