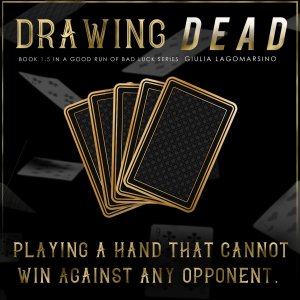 Ilikebooksbest.com – “If you have read any books by Giulia Lagomarsino, you know her characters are all zany and quite a bit crazy. That is one thing I love about her books.”

S&C’s Book Blog – “This may of been a short interlude to the next book, but I loved every second and isn’t to be missed.”

For the past few years, I was drawing dead. Every hand that was dealt to me couldn’t possibly give me a win. But with every step I took to move past my anger and hatred, I felt myself healing, and that was largely due to the Cortell brothers. Like it or not, they helped me when I needed it the most. Every time they let me drag them down to the station, every ticket they took from me, gave me the strength to keep going. What kind of man would I be if I didn’t return the favor? 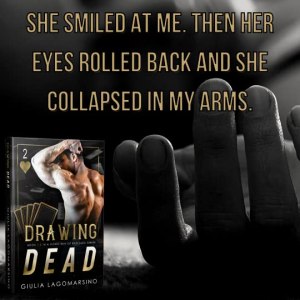 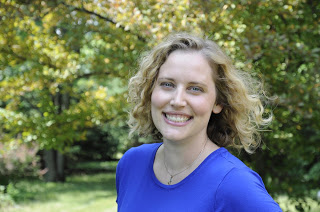 A whole bunch of crazy characters!

If you have read any books by Giulia Lagomarsino, you know her characters are all zany and quite a bit crazy. That is one thing I love about her books. She has possessive men that always over-the-top when it comes to protecting their women. She also has women that go out of their way to make matters worse.

This is one of those books that brings all the characters together so we can get a peek into just how hilarious all these nutters can be when they have a situation that they have to deal with in their own crazy’s ways.

We have all the characters from the Cortell brothers series, some add in situations from the Reed Security mix as well as the main characters from Dead Man’s Hand and when they all get together it is a whole lot of fun and surprises.

One of the main themes in this book are the relationship between the sheriff, Jack and the Cortell brothers, especially his former best friend Josh Cortell. Jack blames Josh for the death of his wife. Josh and Carly had been running from the mob and after returning to town and asking Jack for help, somehow Jack’s wife got caught in the crossfire and died.

Since then, Jack has been taking out his anger and pain on all of the Cortell brothers by pulling them over and locking them up for every little infraction he can think of. Jack’s Deputy, Carter Roy (a.k.a. Corduroy) tells Jack it’s about time to forgive and forget since it wasn’t really Josh’s fault.

When Jack goes to talk to Josh, something happens to the pregnant Carly that puts the entire town in a twitter and the guys with all of their overprotective instincts all gang up to keep an eye on Carly. Hilarity ensues as Carly is fiercely independent and things get crazy for everyone involved.

“I really don’t know the status of the fireman,” I said into the microphone. “And that’s not really the point of tonight.”
“But it’s not a bad idea,” Mark, a banker in town said. “Maybe instead of poker night, we should have a singles night.”
“Ooh, we could do mixers,” another woman said excitedly.
“And we could have speed dating,” Jennie said, standing up like she was about to run off and get started on the project right away.
“In a town this small? How would that even work?” Mary Anne asked.

I haven’t yet read the Cortell Brothers series, so at times I got a bit confused about all the characters. However it didn’t detract from the story at all. I plan on reading each of those stories so I can find out how all these madcap couples ended up together.