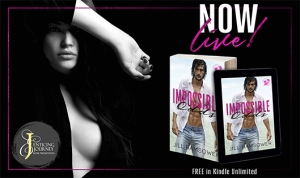 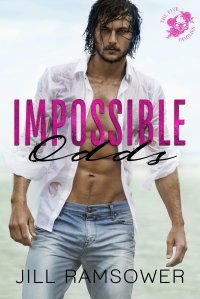 He was a vision of power and privilege.
Ruthless arrogance personified.
A total stranger and an irresistible challenge.
I approached him in a busy casino and felt the sting of his brutal rejection.
Then I did something incredibly brazen. Impulsive. Reckless.
I stole from him.
The object was inconsequential, only worth a handful of dollars.
I didn’t do it for the money; it was about making a statement.
I went back home thousands of miles away without giving him a second thought until I spotted those quicksilver eyes glaring at me across a busy nightclub.
It was too impossible to be a coincidence.
Yet, there he was, seething with a violent promise of retribution.
He thought he’d intimidate me.
Hunt me down and make me pay.
What he didn’t realize was I don’t scare easily.
My name is Giada Genovese, and I’m a goddamn mafia princess.
**Impossible Odds is the fourth book in The Five Families Series but can be read as a standalone novel. This book is a mafia romance containing adult themes and may not be suitable for sensitive readers.

Within a year of self-publishing her first book, Jill Ramsower quit her job as an attorney and dedicated her days to churning out romantic adventures. She likes to think of her books as contemporary romance with a touch of fantasy—at its core, her writing is about the connection between two people. Sometimes that connection involves a little magic…With Jill’s books, you can count on confident heroines, plenty of steamy tension, and deliciously assertive leading men. There are no guarantees in life, but with her books, you know everything will work out in the end. However, a perfect ending would not be nearly as satisfying without a seemingly insurmountable challenge. Jill loves to add plenty of adversity in her stories, creating unforgettably dynamic characters and sneaky plot twists you will never see coming.Jill is a Texan, born and raised. She manages the hectic social calendars for her three active children and occasionally spends an evening with her dashing husband. Aside from being an author and a mom, she’s a travel junkie and loves to read when she is not lost in her own stories.

My Review of Impossible Odds

The cartel man and the mafia Princess!

The setting: Las Vegas, New Jersey and the Baja California Peninsula in Mexico

The Hero(s): Primo – He works for Naz, the Cartel Kingpin who took him in and raised him after finding him on the streets when he was about twelve. His mother died in a fire when he was ten and he lived on the streets for a few years before Naz found him. He sees Naz as a sort of father figure and if grateful to him.

The heroine: Giada – she is the daughter of a Mafia man and cousin to Maria from the last book in this series. Maria and her sisters (one of which is Alessia) are best friends as well as cousins to Giada and their father Enzo is the Capo. Giada’s father works for Enzo. Giada was raised in what she thought was a normal, very catholic upper middle class home and she only found out her father and uncle were in the mafia a few years back.

The Love Story: Both Giada and Primo are in a Las Vegas night club when they meet. He turns her down when she shows interest, so she steals from him and he tracks her down after she returns home.

The author, Jill Ramsower, is a great storyteller, I really enjoyed Maria and Matteo’s story and this one was good as well. The world building is terrific and I like the fact that all the background story doesn’t take up the greater part of the book. The characters are well developed and thought out and though there are quite a few supporting characters and situations (some from prior books), it is all told in a way that you don’t feel like you are missing anything if you read this as a stand-alone.

Also, the cross-over people and events don’t need a whole lot of background information that gets in the way of this story. There are just some touch points that fit in well with Primo and Giada’s story. I like the way Jill Ramsower builds up romantic tension and heat between the two main characters, so you can see the give and pull between them as well as the conflicts involved in being together.

I tend to like a bit more steam in the intimate scenes, but I am aware that some people like books that aren’t as erotically explicit as other. Not that there weren’t any steamy lovemaking scenes. They definitely had some heat and I loved not having to wait till the last quarter of the book for Primo and Giada to act on their feelings.

It just seemed to me that it was more of a wham bam thank you mam, than I tend to like. I think the intimate scenes were all less than one page from start to finish (though I could be wrong). The story was great though and I would give this one 4.25 stars overall. Though if I didn’t want more detail in the intimate scenes I would probably give it a 5.

I really liked Giada and Primo. Giada at first seemed to be a bit like a spoiled socialite. However, as the story went on she showed she was smart, unselfish and fun. Primo was a bit broody but I love that and he was a nice guy. There were a few surprises as well that I really liked. I love it when you get both the Hero and heroine point of view but you don’t know everything so they can do things you don’t expect.

I voluntarily read & reviewed an advanced copy of this book. All thoughts and opinions are my own.