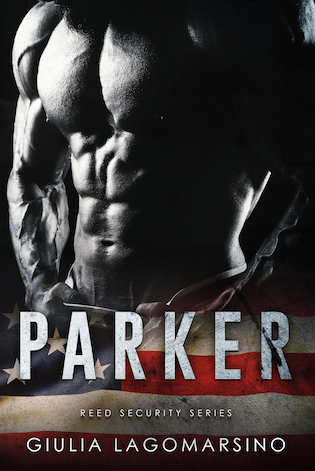 Parker
I’ve been disgraced. I have nothing left to my name after being dishonorably discharged from the military. But I was falsely accused. It doesn’t matter though. It would take a Presidential pardon for me to get my life back, and I don’t see that happening anytime soon. But then Knight walked into my life and offered me a chance at redemption. I don’t want to believe that it could be true, but I’m ready to go along for the ride and see what happens. That’s how I met her. She threw me through a window, but that won’t stop me from seeing her again.

Blake
You know that phrase ‘I’ve gotten myself into a pickle’? Well, this is a huge pickle. I thought I knew what I was doing when I ran, but this is so much more involved than I ever imagined. I didn’t think someone else would show up at the senator’s house where I was digging up information. I also didn’t expect him to be so hot or to follow me. And I really didn’t expect him to attack me. But I know how to defend myself, so I’m not too worried about it. Now I just have to stay hidden until I can figure out what’s going on. But nothing in my life seems to be going as planned lately. I guess I shouldn’t be surprised when he shows up yet again.

“Ask me what?” she asked, turning to look at me for a moment.

“You said that you should ask me.”

My brows crinkled in confusion. Did I really say that out loud?

Huh. Must be the blood loss.

“Well, I’m sure that has something to do with it. So, what did you want to ask me?”

“No, but maybe that would have been the better way to go.”

I blinked slowly at her, trying to focus on what she was saying. “What way did you go?”

“Oh, fuck,” I groaned. I was so going to jail. I should have listened to my gut instincts and stayed the fuck away from Knight. I knew he would only get me in trouble, but his offer was so fucking tempting. I could imagine myself carrying a gun again and not getting in trouble for it. I could see myself getting a job and not worrying that they were judging me based on my service record, even though they weren’t supposed to. It all sounded so fucking good, but I should have fucking known.

“I take it that means that you really can’t afford to be caught breaking and entering.”

“You broke and entered first,” I shot back.

“Why?” I asked, a little dumbfounded as to why someone would leave a job like that. It wasn’t like you could just walk off the street and become an FBI agent. In fact, all of those agencies weren’t a cakewalk. You had to prove that you had something special to get in there.

“I was fired as of three days ago.”

“I dug into something I wasn’t supposed to. Well, at the time I hadn’t done much digging at all, but my boss was an ass and he knew I wouldn’t let it go. So, he told me to hand in my badge and gun.”

I grunted, huffing out a harsh breath that fucking hurt like hell. “Well, at least it makes sense now.”

“Why you were a good sparring partner,” I mumbled.

“Sparring partner? I kicked your ass.”

“Who is sitting in the passenger seat with a piece of glass sticking out of him?”

I rolled my eyes, pissed that she had me there. “Me.”

“That’s right. I kicked your ass.”

“You shoved me in a glass through a window,” I slurred. “If I did that glass to you, the window wouldn’t be looking too good now either.”

“That didn’t make any sense.”

My Review of Parker

The best Reed Security book of the bunch! 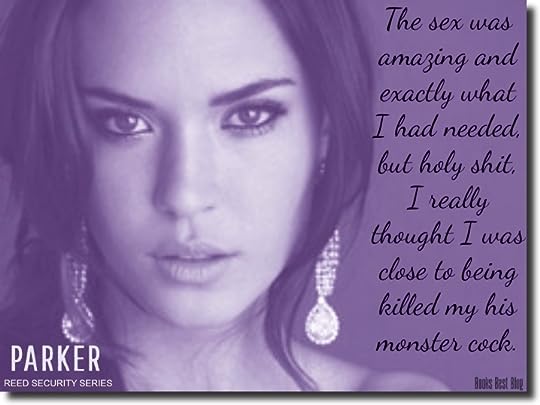 This book was so awesome. I really love the Reed Security series because these books have equal parts steamy romance, humor and exciting action. In this one the humor is outrageous and had me laughing out loud and repeating the funny parts over and over. I literally was laughing so hard my eyes were watering. The humor and the steamy scenes are so perfectly integrated into the thrilling story that you can just see this play out like an action adventure movie in your head.

Many of our favorite Reed Security characters are involved in this one including Cap, Rocco, Becky, Sinner, Hunter and Knight. I just love Sinner, I haven’t read his book (first in the series) yet but I can’t wait. He has been so funny in the other books I have read. He is one of those guys that loves to shoot things, blow things up and give people the business and he gets his thrill on in this book.

The story starts with Knight and some documents he found in Senator Blakely’s safe after he assassinated the senator for what the guy did to Reid (the teen that was staying with Florrie and Alec) in the book Nightengale. The documents pointed to a group of high powered individuals included a Jr. Senator named Cortez, being involved with something that is set to happen around election time next year.

Knight can’t go looking in Cortez’s house because of promises he made to his wife to stay at home, so Knight brings in Parker to break in to Cortez’s house and see if he can find what the Senator is up to. Parker is the military guy that Cap had been trying to hire for a while and who had helped on a previous case that Reed Security worked on.

Parker kept refusing to work with them and Knight knew it was because Parker had been framed for rape while in the Military and court marshaled. He wasn’t convicted due to lack of evidence, but he was given a dishonorable discharge which is bad enough so that he hasn’t been able to get a job since he came home and has been supporting himself by fighting in an underground fight ring.

Knight was able to get Parker to help by telling him that they could help him get his life back. So Parker agrees to help and in doing so comes across a woman named Blake who was fired from the FBI for looking into Senator Cortez, while her superior is trying to sweep it under the rug. Parker and Blake have a contentious and hilarious relationship which starts out as a big battle, and is one of the best romances I have read in a while. 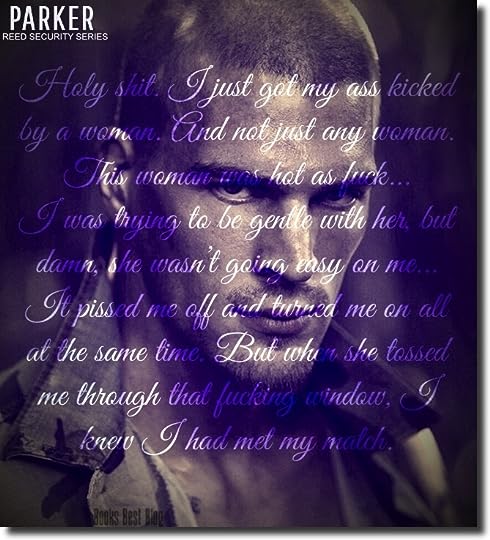 I will not say more about this plot so you can read it yourself, but it is definitely one of the best and to make it better, there is a second part, GooodKnight coming out soon. I think this is the only time there are two parts in this reed security series and it is because this is the finale. After the next book the series is done. I have said before, I didn’t start this series until book 21, so each of these books can technically be read as a stand-alone (Except these last two). I will be definitely going back to start at the beginning though because they are so great.