Ninth Circle.
Treachery.
Also known as Tanner Caine.
He is a temptation with cold, dark eyes.
A man with a seductive smirk and a body built for pure sin.
The linchpin of a group of wealthy bad boys known as the Inferno.
A dark presence that repels as much as he attracts, Tanner is the poisoned apple I want to bite even when I know it will destroy me.
Our story started in college, but I ran from him so far I believed I was safe.
I should have known he’d find me eventually.
I should have known that nobody escapes.
He has me in his sights again with an offer I can’t pass up.
I know better than to make a deal with the Devil.
Not unless I’m willing to pay his sensual price…
(Treachery is Book One of the Antihero Inferno Series. Nine Standalone novels. Nine dangerous men. Nine unrepentant sinners you’ll hate to love.)

Amazon Review 5 Stars – “A SEDUCTIVE SIZZLER … THE PREY TURNS THE TABLES ON THE PREDATOR … SHE BITES BACK!”

Kitty Kats Crazy About Books 5 Stars – “My unicorn author did it again!!”

My review of Treachery

If you can’t beat them join them! 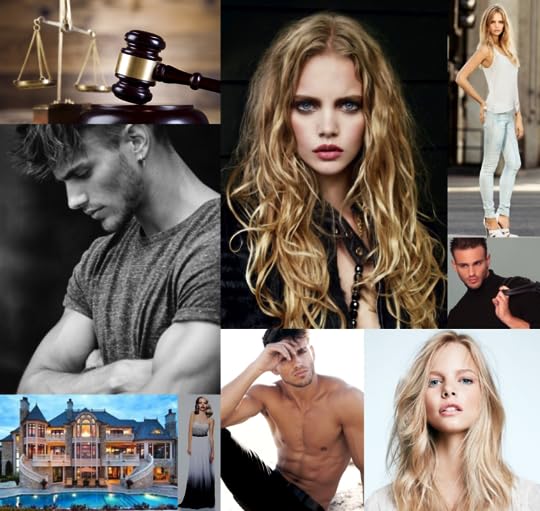 This book was a complex puzzle of the mind games these guys play on people. I enjoyed the journey, though I must say I was often frustrated with how bad these guys are and how they try to justify the things they do. But that is also part of the charm. These guys know they are bad. They don’t apologize for it and they are most likely never going to change.

When I say these guys, I mean the nine guys that lived in the Inferno house at Yale. They all grew up together, all had terrible childhoods despite growing up wealthy due to the fact their fathers are all cruel and despicable men who only see their sons as tools to use to further their own agenda. I went over all the background in my review for the prequel, which looks like it is no longer available because now it is included in this book. My review of the Treachery Prequel

So I won’t go into the background or the time that our two main characters first met at Yale. Tanner (a.k.a. Treachery) and Luca were already extremely attracted to each other and had been intimate, but Tanner being the jerk he is was constantly trying to get Luca to owe him a favor. Him and his friends trade in favors, and when they can’t get someone that they need something from to ask them for a favor, they don’t mind resorting to blackmail or using other people who owe them favors to get things done.

There were several things about Tanner that I did not like at all. First being that he seemed to have no feelings other than attraction for Luca. Though we know there is more there, since he has kept track of her for the years that they were apart when he was finishing law school and when she was married. It frustrated me that he was just too cruel for so long in this book. It took me a long time to warm up to him.

I had very little respect for Tanner at the beginning. When they were at Yale together Luca mentioned how brilliant he was and how he would make such a great attorney when he graduated, but when he takes her husbands case in the divorce, Tanner gets Luca under his thumb, not be being a good lawyer but by cheating. He had to have a friend hack into the court database and also he was willing to have some guy lie about having an affair with her. Later I learned this is just how they get things done in their world. It is all about the people owing them favors and using different people when needed by calling in the favors.

The guys all hate their fathers so much but they are not much better, or they are on their way to being very similar. They are all waiting for their fathers to die so they can get out from under their thumbs and inherit billions, but if they were any sort of real men they would just make more money themselves and not care about their fathers at all. As it is they do own a law firm and make a ton of money and are rich in their own right and independent of their fathers, but they still let the fathers push them around sometimes and it seems to be a sore spot that their fathers just don’t retire and hand over their businesses.

I loved that Luca is a strong female character and though Tanner has had tons of girls and gotten many of them into the position of owing him a favor, Luca is the only one that has fought back and successfully thwarted him. It’s great how almost every time he thinks he has her where he wants her and she will agree to his terms, she ends up turning things around on him or standing up to him and not giving in.

I love it when guys are so used to getting their way and they think they will just be able to keep doing that and a strong female comes along and turns things over on them. Especially when the guy has a big plan with even back up plans and he thinks it is basically a done deal. I just loved how she kept doing the opposite of what he wanted.

No matter what Tanner tries he can never win with her because he tries to set things up like 50 steps ahead in order to get the outcome he wants. And even though he plays around with her life and keeps setting her on certain paths, she never ends up doing what he expects so he never comes out the winner. I am excited to read the rest of the series, each book should be about one of the nine guys. Gabriel and the twins especially. 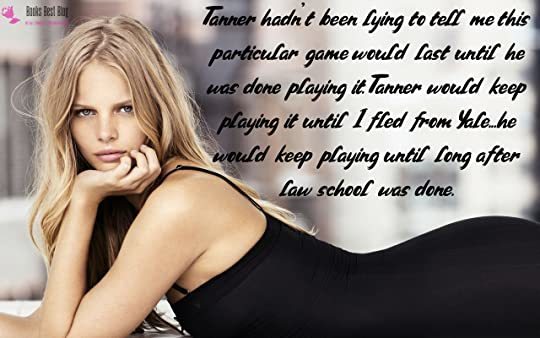