Strange and mysterious things are happening in the supernatural world! 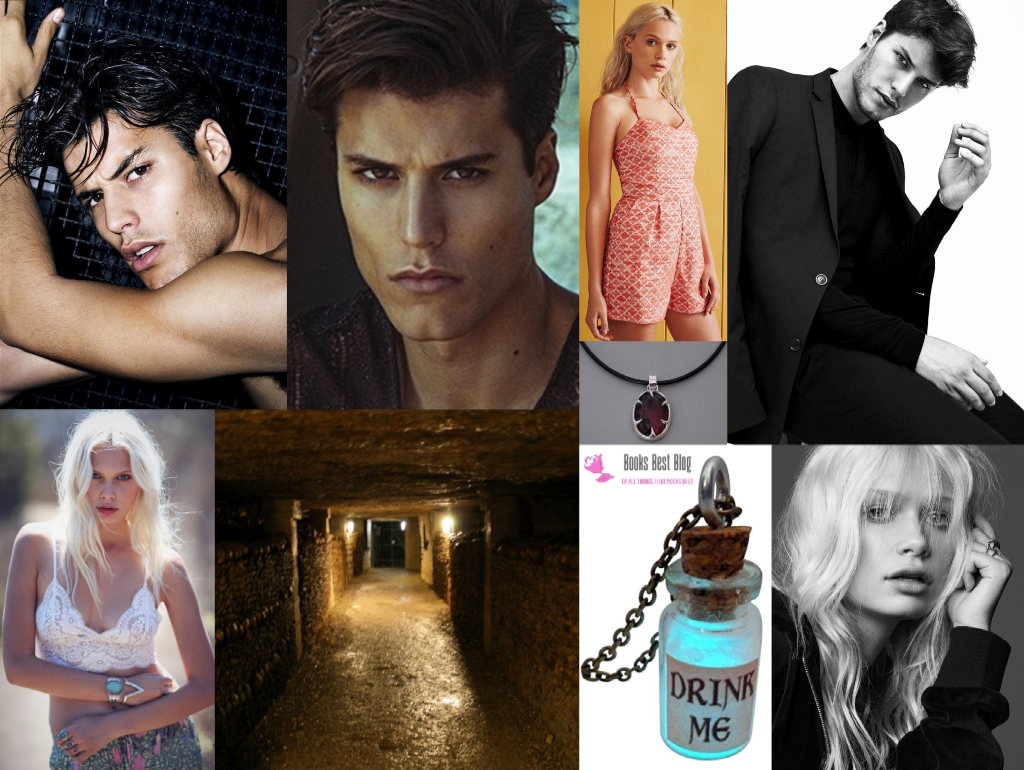 This was a good story about a Blueblood vampire prince who was cursed by the Nightingale Queen and a human girl who has to steal his bloodstone necklace in order to save her brother who is a drug addict and being held by a powerful dragon shifter. There are some pretty complex things going on which are setting the stage for the series, some of these things were answered and some just led to more questions.

First let me get into fact that’s they are in modern day Salem Massachusetts and everyone is aware of the existence of supernaturals. However, if any of the humans travel elsewhere they start to forget once they get a certain distance away from Salem. Though the heroine Vivienne traveled to New York with her Mother and brother Rikkon when they were young and for some reason after a bit both her and her brother started to remember again while they were still in New York and their Mother didn’t.

The Vampires have a hierarchical society and the Dark Prince is second generation Blueblood, His Uncle the King is first generation. Since the Nightingales left, all vampires except first generation vampires have to recharge every one hundred years by hibernating for twenty five years. Though since Prince Lucca Della Morte was cursed, he has been hibernating longer each time and they fear that next time he won’t wake up if the curse is not broken.

The reason Lucca was cursed and the reason the Nightingales left are all tied up in the same story which I won’t get into, plus it has to do with a war between two factions of the vampires and an ongoing issue that Lucca has with one specific rival vampire that is in his face all the time. So that is one of the storylines in this book as well.

What I didn’t really quite understand is that the setting is at this place called Bloodstone Academy. Apparently Lucca is there because he just woke up after hibernation so he is supposed to be boning up on current events and getting his strength back. His blue blooded friends and sister all are attending with him because they want to hang out with him or for moral support or whatever. Though every time he drinks from a human he gets all the memories and information from her blood so school is really unnecessary.

Then there are a bunch of “Regular” or non blue blood vampires that attend the Academy and they are in these Keeper classes where they learn to defend the blue bloods. Vivienne is given this potion that is a magic glamour so she can pass as a vampire for nearly a month and she goes to the academy as a regular. She even says she doesn’t get why or how the regulars are supposed to protect blue bloods when blue bloods are stronger and faster. It should be the other way around.

There are a few more things that are going on in the story that are obviously setting up future books because they are left as open questions or just odd things that happened but are never answered. But the romance between Lucca and Viv is pretty steamy and it is interesting to see how a human girl navigates around the world of vampires while pretending to be one. There are a few pretty odd situations she gets into. Overall I enjoyed the book and what can I say, I just love sexy vampires.