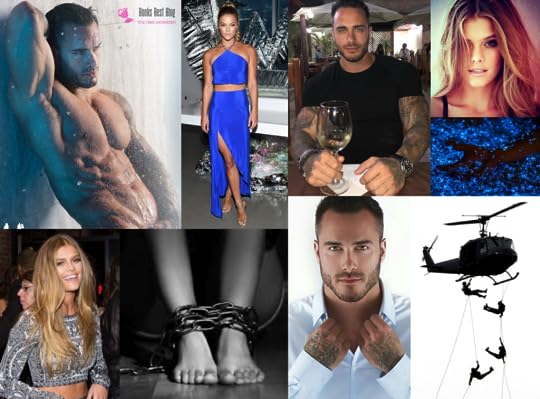 This is going to be a difficult review to write because so much happened in this book and it was just one revelation after another throughout the entire book. I was wondering just what type of organization Johnny worked for after the revelations in Jesse and Joey’s books. It seemed really strange to me that Johnny was in this criminal organization called “The Way” that paid the Boston’s billions of dollars every month and he had no idea what it was.

This book was eye opening in so many ways. Not only because so much of it was told from Johnny’s point of view, but also because in the previous books, his brothers have both described him as insane. They had good reasons for that since he spent years in the penthouse of that creepy 75 floor office building/home of theirs without seeing either of them. Though Johnny isn’t really insane, he might be a sociopath and he definitely is having some sort of existential crisis because he is weary and just done with being used. He wants out, but he doesn’t want “The Way” to move on to his his brothers next.

He thinks that Charlotte Kane, the daughter of a contributor and the mother of Joey’s daughter Maisy might know some secrets about “The Way” that could help him. So he takes his yacht to the Caribbean in search of her. To an island he went to as a boy, near where she disappeared that he knows a “Way” prison was built. However, instead of finding Charlotte, he finds burned out buildings and a prison dungeon with one girl chained up and nearly dead. 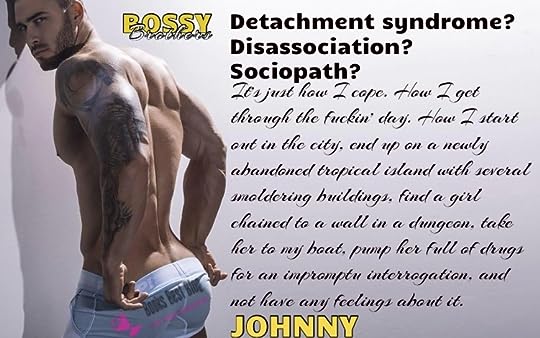 Johnny rescues the girl, Megan Machette, who was also born into “The Way” and has plenty of secrets of her own. Megan is technically on a higher level than Johnny since she helps her father who is a scientist which is more important than a banker. Johnny and Megan end up working together to go to another island which Megan knows about that may be a prison and could possibly be holding Charlotte.

Johnny and Megan start sharing stories of their lives and connecting with each other in ways they have never connected with anyone before. The romance between them is strange and steamy and sweet amidst the craziest of circumstances. They are both hiding things, lying to each other and have ulterior motives, but both of them are tired of being used and want to do the right things for the world and for the people they love. 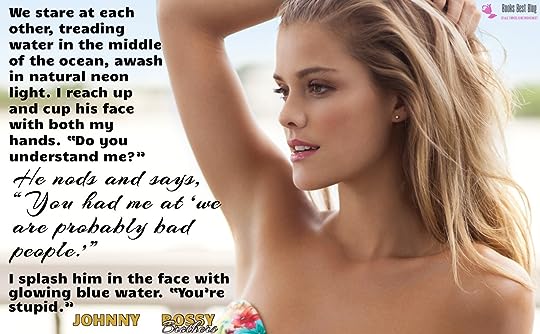 J.A. Huss has a complex and devious mind and she thinks and plans so many steps ahead that it is hard to even wrap my head around. I read her book Creeping Beautiful about two months back and it was about this very sinister organization of wealthy powerful and connected families that do anything to get what they want. The group is called “The Company” and the book was about this female assassin named Indie who was trained at a young age and bought at age ten. Indie showed up in Johnny’s book at age fourteen and blew me away with some revelations about “The Way” and “The Company”. Before Johnny left her on a small boat in the middle of the ocean. So cool!