God of Wrath by Rina Kent

The heroine: Cecily Knight – She is the geeky daughter of Xander and Kimberly Knight from Black Knight. She goes to Royal Elite University and sneaks into the scandalous Heathens initiation at Kings University using someone else’s invitation in order to gain information on the group. She is timid but friendly to everyone and she is British like most of her friends. She thinks she is good at being invisible in a crowd.

The Hero: Jeremy Volkov – He is the heir apparent to to the Volkov Mafia family and will one day take over for his father Adrian Volkov from the Deception Trilogy. He and his friends are vicious and dangerous and are the rulers of Kings University and the he is the leader of the Heathens.

The Story: The Heathens initiation is the hunt that was shown in the previous book, where the Heathens chase all the initiates through the forest and if they manage to make it out of the forest without being caught, they get to be members. Despite Cecily’s superpower of invisibility, one of the Heathens finds her on the hunt and she sparks his interest.

I liked Cecily, she has anxiety and is much better at helping others than asking for help herself. She finds solace in the fictional characters of her manga comics. She has a crush on a guy who friend-zoned her long ago. She finds she has feelings and urges that stem from both her meeting in the forest with the Heathen and the fact that she found out her crush is into primal play and consensual non-consent kink. 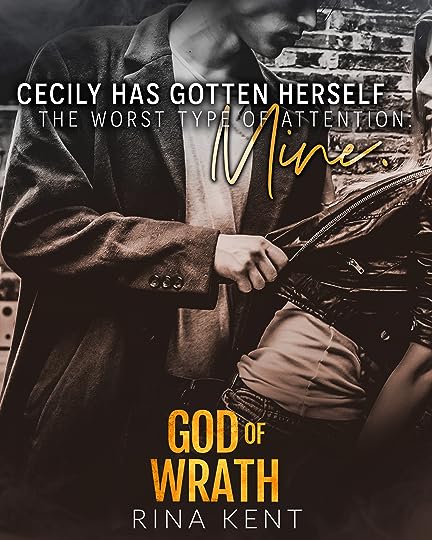 This one was pretty wild, I’ll have to say. There were scenes that I felt went a bit too far and I can’t imagine how she still wanted him. But even so, It held my interest throughout and I couldn’t wait to see what happened next. Sometimes I like books with a lot of mystery and suspense and a deep storyline outside the relationship between the two main characters and other times I like books that focus on the relationship as it builds and grows. Rina Kent books are the latter and I really enjoy them when I am in the mood for an in depth relationship book.