Release Blitz: She Wore a Hat in Prison 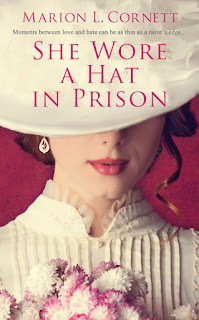 The charge is Mayhem. Locals in the small village of Cedartown cry out for harsh judgment by finding her guilty of the horrific act and making her pay for her sins. How could a woman so egregiously harm her husband, especially one so admired as Narcisco Boronza?Zerelda Boronza is caught in the middle, between defending and saving herself.When she awoke one humid morning in the fall of 1907, splayed on the hardwood floor, she was covered in blood not knowing if it was someone else’s or her own. Eyes gritty and hard-to-focus, palms sticky on the floor, and a blood-soaked spread covering an empty bed—her memory offered no clue of how this all came about.
And now, as she sits next to her attorney, the judge pounding his gavel for silence, her mind swirls with confusion. What happens during the week-long trial and after is unthinkable. 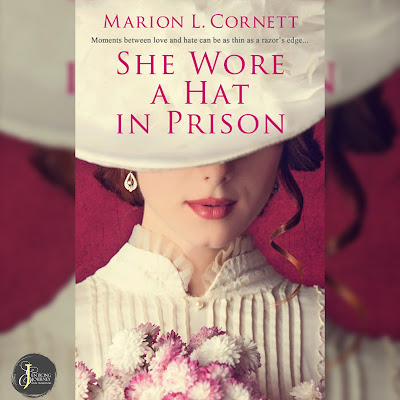 The charge of Mayhem is defined by causing injurious and irreparable harm to another human being. In 1907, when my character took drastic measures to prevent her husband from ever being with another woman, the following paragraph at the beginning of her trial shows when it starts to become apparent what she did.

“You are charged, by the great state of Michigan, in the county of Livingston, village of Cedartown, with the crime of…” The officer’s voice trailed off as he gawked at the remaining words on the page. The single piece of paper he’d been holding escaped from his fingers as if on fire, and the yellowish sheaf fluttered to the wooden floor. “…Mayhem,” he said after a long pause. His voice hissed out no louder than a mouse’s squeak.”

Marion Cornett, like many novelists, began her career in a steep learning curve that ultimately lasted over some forty years before having her first story published. That meant having national magazines publish original patterns for knitting, crocheting, and needlework, while perfecting her journalistic abilities through motorcycle road racing reporting.Her claim to fame, at this point, is all about Michigan’s past. Two volumes of local history about her adopted town, Fowlerville, proved to be a great research tool to then write two historical novels set in a small town that looks a lot like their village in the early 1900s. “Juniper and Anise,” a story of a woman bootlegger selling bathtub gin during the Prohibition Era, was published by Whiskey Creek Press in 2014 and “Tilly Loves Johnny,” a murder/mystery tale centered around the illicit activities of a blind pig, was published by the Wild Rose Press in 2016.“The Fowlerville Chronicles” (2010), a compilation of the village’s history from 1836 to 2010, and “Through the Eyes of a Country Editor” (2012), the writings and life of G.L. Adams, publisher and editor of the newspaper, “The Fowlerville Review,” are available in used and new prints. “A Soldier, a Brother, and a House” is also available on Amazon–original Civil War letters have been transcribed and preserved for all to read in this compilation of notes between two brothers and of the house in Fowlerville where the letters were discovered a hundred years after the war ended.As research continues, more stories are in the works. All happening while continuing to travel around the country on named “awesome road trips,” hiking portions of the Appalachian and Arizona trails, and thoroughly enjoying time with her husband, Doug, since falling deep into retirement.Love to read, write, exercise, socialize, and be a part of the internet social media. Born to be creative, loves to write–that’s my motto and I’m sticking to it. 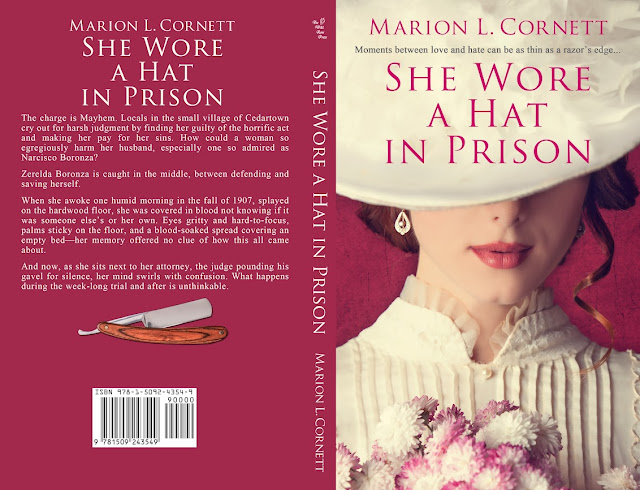