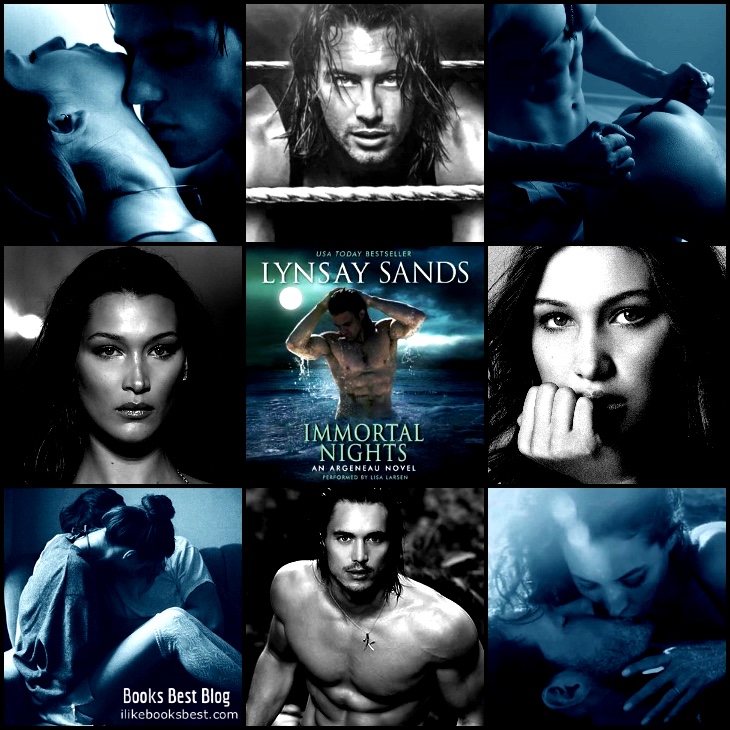 The heroine: Abigail – while in her third year of medical school, Abigail had to drop out to take care of her mother who had cancer. After her mother passed away, she used up all of her mom’s life insurance and her own college fund to pay off the medical bills. Abigail then went to visit her best friend, Jet who is a cargo pilot who recently got out of the military. Jet talks her into traveling with him while he flies some cargo to Venezuela.

The Hero(s): Tomasso – he was captured by some ruffians that work for the Doctor whom he and the Enforcers that work for Lucien have been searching for. The doctor is basically a mad scientist who is determined to learn the secrets of the immortals and use them to his advantage. The Doctor has hold up on an island near Venezuela where he keeps his immortal ‘subjects’ that he experiments on.

The Story: Abigail finds herself in the back of the cargo plane when Jet’s clients say they are flying with the cargo since Jet isn’t their usual pilot. Abby is disturbed by the look and behavior of the clients, and completely disturbed when one of them comes into the cargo hold to check out his cargo while she hides. Turns out the cargo is a man, who has an IV keeping him unconscious and the client says some very enlightening things about their destination and what will happen to their ‘cargo’.

Of course Tomasso figures out pretty quickly that Abby is his life mate and so now has an obligation to keep her safe. However, they have to figure out how to get out of the situation they are in. This book had plenty of action, adventure and steam. I liked the romance between Abby and Tomasso, they were attracted to each other from the start though Abby had gained a bit of weight while taking care of her mother and had trouble believing that the sexy, muscular Italian was attracted to her.

This book was told from Abby’s point of view and narrated by Lisa Larsen. Lisa did a great job and has a few different voices in her repertoire, though I do like duet narration best, where the female does all the female parts and the male does the male parts. Even so, I enjoyed Lisa’s reading style and she has a pleasant voice, so it didn’t deter from the story.

I really enjoyed this story, it was funny and not at all like some of the previous books which took place in Canada with more than a few of the people from prior books as supporting characters. I liked the tropical location and the situations that these two got into.