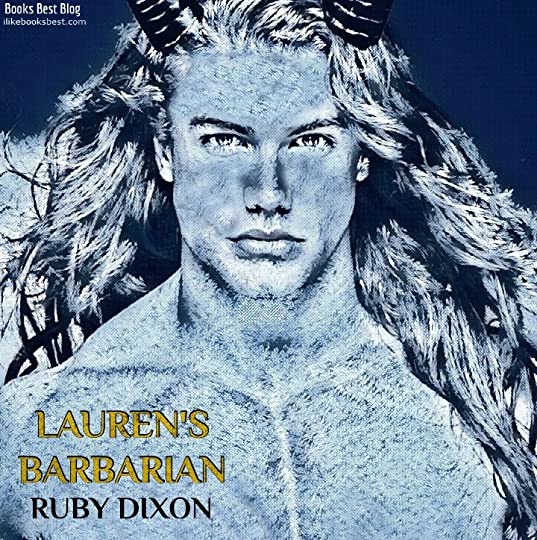 The heroine: Lauren – she is awoken from a pod and told that she was abducted by aliens and now must live on the ice planet. Her and several other females and even some male aliens were in the pods and found by the group of barbarians and their human mates on the ice planet.

The Hero: K’Thar – he is large, blue, has 4 arms, horns and a tail. He is the leader of his clan called Strong Arm which is very small. All the females and some of the males were killed when the volcano erupted.

The Story: Lauren and another woman from the pods are caught in a fire on the ship they arrive on, which landed on the edge of an ocean. They are able to break free of the ship and hide out in the pod which floats in the ocean to another land on the ice planet. The place they land is tropical and though they are on the ice planet, only it keeps getting warmer all the time, because the volcano is active and in danger of erupting again. 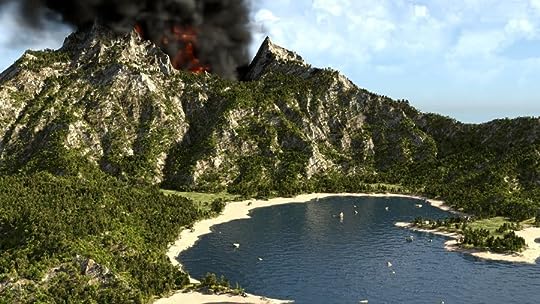 I haven’t yet finished all of the Ice Planet Barbarian books, but this Icehome spinoff seems like it will be a good one. Not only were there a few different varieties of Alien males in the pods on the crashed spaceship, but now some of the women have traveled to a new place that is tropical and beautiful with several clans of different aliens and entirely new problems to solve.

It is too bad the audiobooks for this series aren’t available on my libby app. I refuse to pay full price for audiobooks, because they are way too expensive for something that is over in less than 10 hours. Though if I stay on this alien kick I am on for a while, I may get on KU and just read the series.

The narration was dual narration and the book was told in both K’Thar and Lauren’s points of view. It was narrated by Felicity Munro and Sean Crisden who do a good job. Of course there was a language barrier when the two main characters first meet, but they get through it before the end of the book.