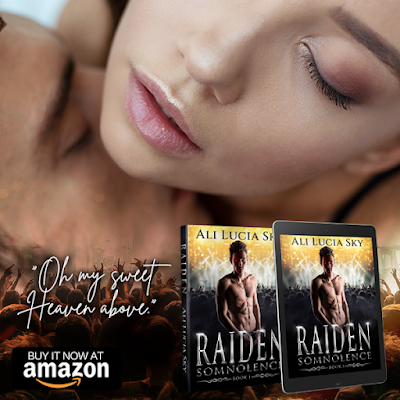 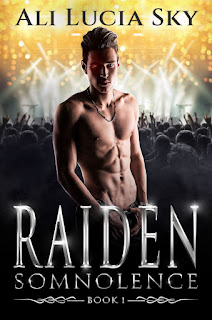 I never expected to see my favorite rock band standing in the office of my high school getting their schedules. Kids my age aren’t known for touring the world and making music for the masses, but Somnolence is.
They welcome me. Raiden takes me in, loves me… it’s like a dream. Until darker forces, nightmares, and their own dark appetites come for me.
Disclaimer & Trigger Warning:
This title is in the mature New Adult genre and meant for an audience of 18+ due to triggering situations such as domestic violence and assault, PTSD, reference to sexual assault, sexual situations including MF, MFM, light MM & light FF, profanity and substance abuse.

The band launches into a metal version of “Barbie Girl” by Aqua that flows into Katy Perry’s “Dark Horse,” and we laugh. I like Lizzy. She feels like a long lost friend, a missing piece.Raiden drops the mic, and it makes a squealing noise before Trace moves to turn it off. My guy beelines for me and grabs me under the arms lifting me until my legs are around him. He buries his head into my neck. The bite he made left four puncture wounds, which all the guys were pissed about. None more so than Bane, who took a punch at him. He told him that I was a princess and should be handled with respect. With the context I had now, it made infinitely more sense.“I have a song for you.” Raiden licks me from collarbone to chin and then takes my lips in a filthy kiss.I pull away. “All your songs are for me.”“All of me is for you,” he corrects me and then takes my mouth again until we are both unsteady and breathing heavy. Then he peels me off of him and into Bane’s arms, smirking at my weak kneed state.The music starts and it’s heavy, all drums and bass. The guitar wails. Trace starts screaming the open lines.
I won’t look away.
I won’t look away.
Then Raiden starts.

It all started with a glance
I knew you were everything.
The warnings and threats
Didn’t mean a thing.
I hid my eyes and hid my fangs
I wouldn’t watch you bleed.
I’ll take this love to the grave
You’re all that I need.
Trace steps in again.
I won’t look away
I won’t look away
Raiden holds out his hand to me and waves me to him.

I’ll take you once
I’ll have you twice
Or it will be every fucking time
That I have you on your back
Or just in my mind.
These aren’t just my memories
Trace screams
That choke me, I can’t breathe.

Then Raiden sings and Trace screams the next line together and Vivi, Lizzy and I swoon.

I’m begging you, please don’t ever leave.
When the song is over, I run up to a sweat dripping Raiden and throw my arms around him. “I love you!”
“I love you too, Lilac,” he says, catching his breath.
“Want a drink?”
“A water would be good.” He combs his damp hair back, and I kiss his lips.
“I’ll be right back!” I run into the kitchen, grab some water and pour a shot of tequila, putting the salt shaker between my cleavage and grabbing a lime wedge to put it in my mouth. I scamper out to where he’s talking to Bane. He turns to me, his eyebrows raise and he grins.
“Well, well, well. Looks like I’m doing a shot too?” He bends down and licks my neck and sprinkles some salt on it. Then takes the shot and tips it back, licking the salted part of me and biting the lime still in my mouth. He pulls it out and drops it on the floor before he moves back. “Mmmm, delicious.”
“Yeah, princess. But next time, if you don’t have enough to share with the class, don’t bring just one” Bane teases, looking at my mouth.
I look back at him scandalized. “Bane! Inappropriate!”
Raiden laughs.
Because it’s my night, we get to do anything I want, which to Jumper’s disappointment, isn’t truth or dare. We all gather on the couches to watch movies.
“It’s my birthday, my choice!” I reiterate.
Trace sights. “I’m just sayin’. Scary faces at night are a bad idea.” 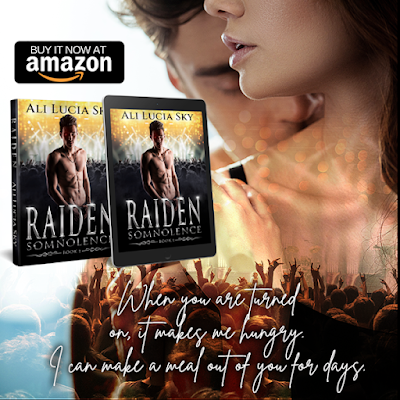 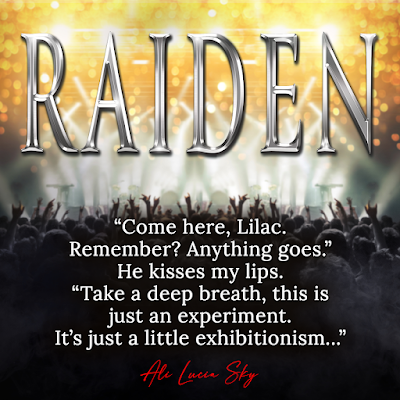 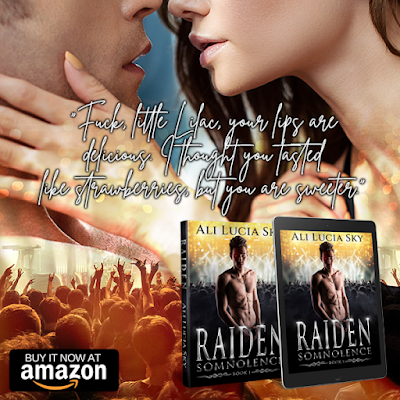 Ali Lucia Sky is the author of The Powers That Be series. She lives in Southern California with her husband and a house full of kitty cats and a yard full of crows.
She loves laughing, drinking good coffee, vegan food, and supporting animal rescues.
When she isn’t writing or dreaming of new stories, she can be found planning her next vacation because traveling is life.
If you encounter her in the wild, don’t be offended if she should run away. She’s timid with strangers, but can be plied with shiny things and pictures of your cat or dog.
She’s a weirdo like that. 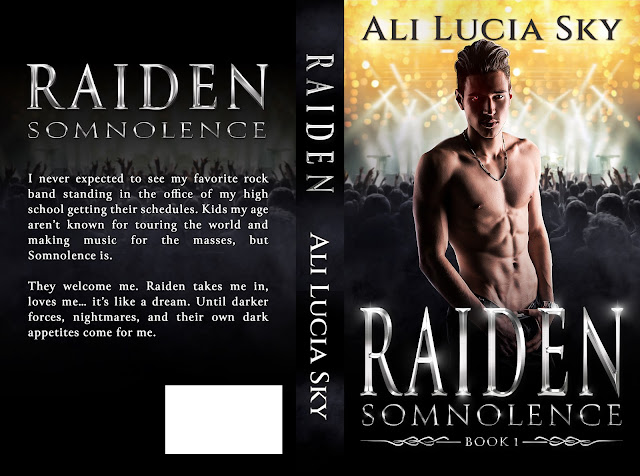