Release Blitz and Giveaway: Rock the Shores by Whitley Cox 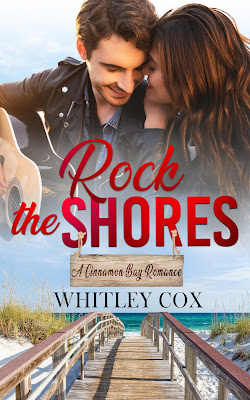 𝙃𝙚’𝙨 𝙡𝙞𝙫𝙞𝙣𝙜 𝙩𝙝𝙚 𝙙𝙧𝙚𝙖𝙢. 𝘽𝙪𝙩 𝙬𝙝𝙖𝙩 𝙞𝙛 𝙞𝙩’𝙨 𝙩𝙝𝙚 𝙬𝙧𝙤𝙣𝙜 𝙤𝙣𝙚?
A successful musician in an indie rock band, Evan Spencer takes the summer off and returns home to Cinnamon Bay, hoping the R&R will inspire him to write some new songs. He never expected to run into Juliet Clarkson on his first day back in The Bay. The Juliet he remembers was a paint-and-clay-covered kid with braces and frizzy hair. Now she’s a successful potter, and the most compelling woman he’s ever seen.
Juliet Clarkson has been in love with Evan … well, forever. She pined for years over the soulful-voiced best friend of her older brother. Swooned when she heard his guitar. Dreamed of him noticing her one day. And when that day happens, Juliet doesn’t know if she’s still dreaming, or if all her dreams are finally coming true.
But when tragedy strikes close to both their families, Evan is forced to give up his carefree summer in Cinnamon Bay and be the stand-up guy that an orphaned baby needs. Good thing Juliet is there to help. Sparks fly instantly, and soon their romance is real, all-consuming—and people are talking wedding bells.
But when the opportunity of a lifetime comes knocking, offering him and his band the fame they’d always dreamed of, he has to make a decision. Which is the dream come true—the life onstage he and his band know best? Or the unexpected new life he’s building in Cinnamon Bay with Juliet? 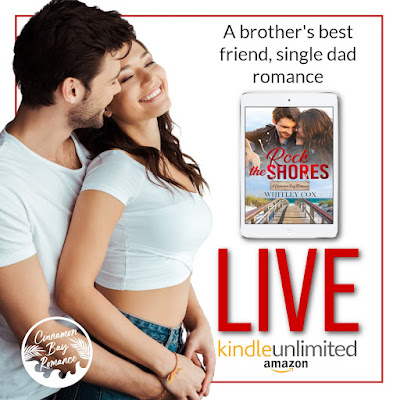 “This was an engaging story with characters that were perfect in their imperfections.” -Yvonne Cruz ( 5 Star Goodreads Reviewer)

“5 stars are not enough. WARNING – you are going to need chocolate and Kleenex to read this book. Yes – it is that emotional.”  – Nicki The Overflowing Bookcase (5 Star Review)

“Can’t be easy writing in someone else’s world, but Whitley Cox smashes it!!
This is a great romance which kept me reading to see if they could make the hard choices faced by many couples. Well worth a read, definitely recommend.” – Sue Hancock (5 Star Goodreads Reviewer) 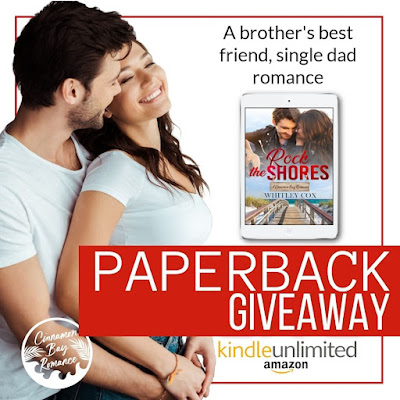 After the shock wore off and the electricity in her limbs started to settle, along with her rapidly beating heart, she lifted her head to find the rock star of her dreams standing there behind the counter with a very cocky grin on his face.She rolled her eyes, but her heart rate only picked up again. “You’re on my playlist.”“I feel like the innuendo is just right there, but I can’t figure out how to spin it.” He stepped closer, his eyes taking in every inch of her. Every clay-covered inch of her.“I’m too tired to think of one.” She already knew that her hair was coming out of the pencil she held it up with. She’d been tucking and blowing the strands off her face since they weren’t quite long enough to stay tucked behind her ears.She hadn’t bothered with makeup besides a little mascara, and that was probably falling under her eyes by now since she’d been wearing it for nearly fourteen hours.“I’ve never seen you in action,” he said softly. “Never seen the artist at work.”She rolled her eyes. “Well, stand back because the clay tends to fly.”“Was there a scene about this in a movie?” he asked, not taking a step back but rather several steps forward.She eased her foot on the pedal, and the wheel slowed down and eventually stopped.“There is.” She jerked her head toward the bathroom. “Ghost with Demi Moore, Patrick Swayze and Whoopi Goldberg.” Her brows pinched. “How do you not—” But she stopped herself when his expression turned coy. “You knew. You were just teasing me.”His smile made her insides get all tingly. “I might be Oblivious Evan, but I’m not an idiot.”Her cheeks grew warm, but that didn’t keep her from grinning at him. He was right behind her now. She had to tilt her head up to look at him. His gentle, sexy brown eyes bored right into her, turning her into a puddle.“My mom came over to watch Hope for a bit,” he said, grabbing a stool and setting it right behind her, sitting down and leaning against her back. The heat of him and the way his legs bracketed hers was enough to make every one of her synapses fire at the same time.This was literally her ultimate fantasy.Not only had she watched Ghost more times than any preteen ever should, but she had fantasized about Evan Swayzeing her also probably more than she ever should have. Probably more than was healthy.Normally, she felt really close to her mom when she was working on the wheel, but she was really hoping her mom had decided to go for a walk along the beach or The Boardwalk right about now.He was wearing a fitted black T-shirt with a slight V-neck that had made her jaw drop and her mouth pool with saliva when he put it on this morning.His fingers started at her elbows and slowly moved along her arms until his big hands covered her clay-caked ones. “Show me how to do it,” he said, his breath warm against her ear.She smiled and pushed her foot down on the pedal just enough for the wheel to start spinning slowly.Just like she’d imagined it, just like in the movie, his fingers slid through hers, both of them now covered in clay just like hers.She’d centered the piece. Now it was time to start shaping it.“What are you making?” he asked, kissing her neck.“I didn’t have a plan,” she said. “Sometimes I just sit down at the wheel and let the muse find me.”“Mmmm,” he hummed. “I’m the same way with the guitar.”“You were working on something when I left …” She guided their hands up a little, then together they stuck two fingers each, his on top of hers, into the center of the clay and began to press out.The eroticism, the symbolism of what they were doing with their fingers and how it all looked and felt was not lost on her in the least.Pottery could be extremely erotic. Everything was done with the hands; everything was wet and smooth and involved pressing down with your fingers. She’d certainly found herself aroused on more than one occasion watching a pottery video, even when the view was of just the person’s hands. 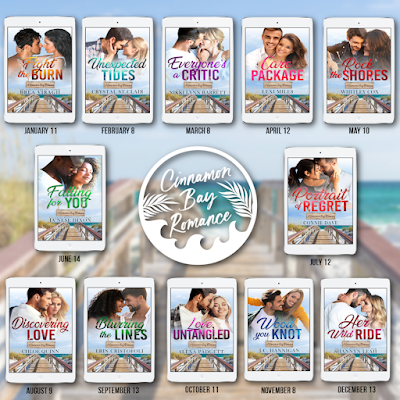 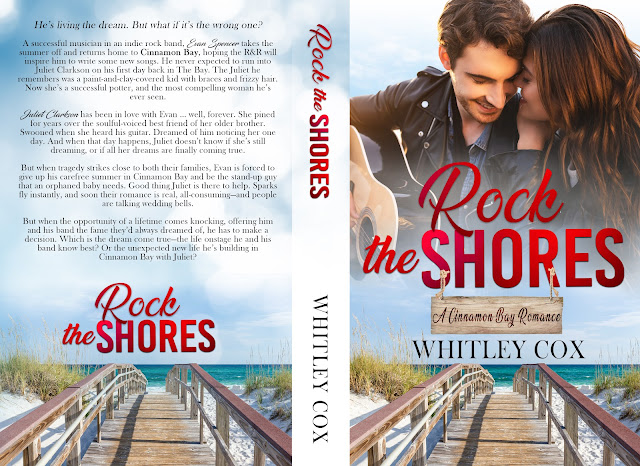