Release Blitz: Into the Sunset 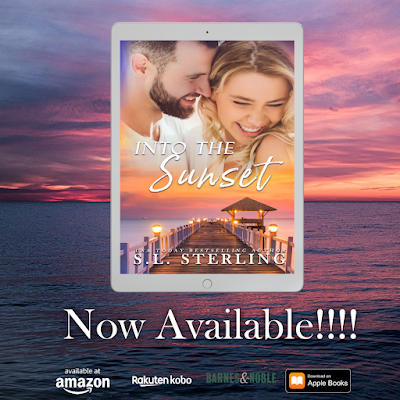 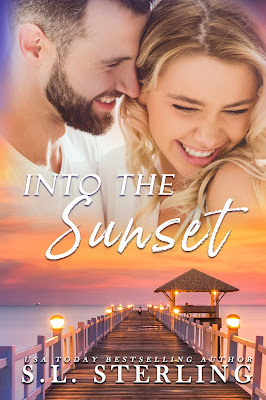 Ben
I know why I lost her. I was too serious, I was too practical. I was too busy thinking I knew what she wanted without asking her.
Over time, this wore on her. All she wanted was to be heard. She wanted someone to support her big exciting ideas, I was supposed to do that, but I shut them down. No wonder she handed me my ring back and left town. No wonder she married someone else, leaving me with memories of sunsets at the beach and the future I had planned for us.
I went on and built my life without her. My father and I opened the second division of Sunset Builders in Las Vegas, and to my surprise, I stayed busy, almost busy enough not to notice the loneliness. That was until one day I was called to do a quick bathroom and kitchen remodel for a woman who lived on Las Vegas Boulevard. I shouldn’t of gone, I should have sent one of my men because when I arrived, and the door opened, every memory I’d had of Jessica came flooding back.
If I’d learned anything in her absence it was that anything worth doing was worth being done well, and anything worth having was worth fighting for. I just hoped she’d give me a second chance.
Jessica
Ben had always been right to keep me grounded. I should’ve listened because the falls didn’t hurt as bad that way.
I wanted a bigger life, in a bigger brighter place. I never appreciated the beauty of living in a small town with a huge support system. Instead, I left town without so much as a goodbye, chasing a silly dream.
I married the man who promised me the sun, moon, and the stars, but delivered blinding blows. I spent years hiding in the dark so that no one would see my bruised face. Most days, I thought I’d die before I escaped the nightmare. I dreamed of running, it was my only way out. Then I got news my grandfather had passed. He left me money and a gorgeous condo in Vegas. I had a plan. I would upgrade the condo, sell it, and fade away into the sunset, all while my husband was gone on a business trip.
Little did I know that Ben would show up on my doorstep. He swore we could make our dreams real, but this time I was the grounded one. I could only see how we would never work. I’d made too many mistakes and love was terrifying. 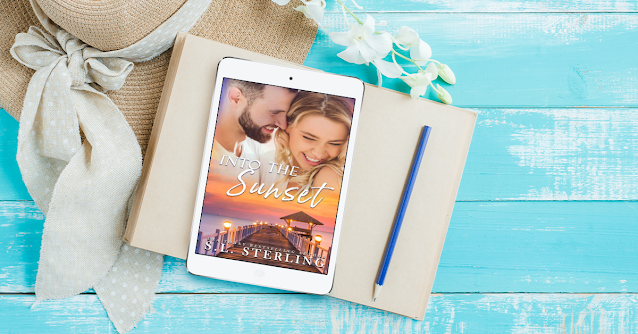 “Hey, just me,” Julie yelled. “Did you forget? You were supposed to meet me tonight at The Dive Bar?”

Instantly I remembered and I closed my eyes, “Fuck! Sorry, Jules. I got a little sidetracked,” I said, forcing myself up off the couch and heading to the kitchen to meet my sister.

“It’s fine. I brought pizza and wings to you instead. I figured you got caught up in something, but it would have been nice for you to call me or something. Instead, I sat there waiting for you for an hour, looking like an idiot.”

It had totally slipped my mind that my sister and I had dinner plans. I walked over to the counter and flipped open the pizza box, grabbing a slice while my sister grabbed plates from the cupboard. Her eyes fell to the stack of dirty dishes that lined the counters, and then she turned and looked me over, watching as a piece of pepperoni fell onto my chest, which I grabbed and shoved in my mouth.

“Jesus, you look like shit! Here, have a plate.” She giggled and thrust the plate out to me. “You probably should clean this place up, you know. It’s a sty. Honestly, for a guy who is looking for a girlfriend, you’d think you’d keep your place clean.”

“Thanks! Always loved your compliments. Since when did you become my keeper anyway?”

Jules completely ignored me while I loaded my plate with pizza and wings. While she loaded hers, I grabbed two beers from the fridge, pulled the chair out, and sat down at the table. I twisted off the two caps and handed her a bottle.

“So what happened?” she asked, taking the beer from my hand.

“Apparently, I’m a shitty-looking guy who lives in a sty. What do you mean, what happened?”

“You stood me up, for starters, but in all seriousness, you look like you’ve been put through the mill. I know your day wasn’t that tough, since I’m the one who scheduled it, so what gives?”

The last thing I wanted to do was talk about Jess, but I knew it was inevitable with my sister. She would poke, prod, and pry until I had spilled everything! The fact that she hadn’t asked me more than she already had surprised me, especially since she knew I had gone to Jess’s earlier.

“Something happen between you and Jess?”

There it was, like always. I threw my slice of pizza down on the plate and brought the beer bottle up to my lips. “Guess you could say that.” I guzzled down half the bottle and looked at my sister.

“Care to elaborate or are you going to make love to that beer bottle all night?” she asked while picking a piece of pepperoni off her pizza and shoving it into her mouth.

S.L. Sterling was born and raised in southern Ontario. She now lives in Northern Ontario Canada and is married to her best friend and soul mate and their two dogs.
An avid reader all her life, S.L. Sterling dreamt of becoming an author. She decided to give writing a try after one of her favorite authors launched a course on how to write your novel. This course gave her the push she needed to put pen to paper and her debut novel “It Was Always You” was born.
When S.L. Sterling isn’t writing or plotting her next novel she can be found curled up with a cup of coffee, blanket and the newest romance novel from one of her favorite authors on her e-reader. Her favorite authors include Kendall Ryan, Vi Keeland, Penelope Ward, Lauren Blakely, Alessandra Torre and Willow Winters.
In her spare time, she enjoys camping, hiking, sunny destinations, spending quality time with family and friends and of course reading.