Fable of Happiness by Pepper Winters

Everything changes in this one!

The heroine: Gemma – While rock climbing deep in a secluded forest within Mammoth Cave National Park, she came across a hidden mansion which looked derelict and abandoned from the outside, but inside it was beautiful, clean and well kept. However, when the owner came home and found her trespassing, he took her captive.

The Hero: Kassen – he lives alone in the mansion, formerly called “Fables”. Kassen is a tortured soul who has buried his memories of a terrible past deep behind a wall within his mind. However, that wall has been breaking down more than ever and after capturing Gemma in his house, his walls seem paper thin.

The Story: There was a huge cliffhanger at the end of book 1, right at a critical point in the story. Now Gemma has to decide if she wants to stay with Kassen or return to her life as a millionaire social media sensation with a mother and brother who are most likely very worried about her.

The book was told in dual points of view and narrated by Tor Thom and Charley Ongel. The narration is terrific and exactly how I wish all books will be narrated. Both narrators are used in every chapter regardless of whose point of view the chapter is in. I hate it when each narrator does both the male and female voices in the chapters that are in that characters point of view. Males doing female voices and females doing male voices grates on my nerves, so this was a great surprise.

This series has been so compelling. Though many captive romance books have a tortured Hero, this one was a bit different in that it really delved into the mental illness of the Hero. I kind of hate it when there are flashbacks to past abuse more than what is enough to get a rough idea of what happened, and this one has a lot of detailed flashbacks to the abuse Kas and his family suffered, but they were very central to the main plot, so even though they were uncomfortable to read or listen to, the reader really needs to understand what happened to him and what “broke” his mind.

The world building was terrific, not just the world of Fables mansion years ago, but what the mansion and the valley is like now and how Kas and Gemma are living and what they need to do to survive the winter where there is little electricity, little food and a lot of cold. The descriptions of treks outside the mansion, their meals, and more were terrific. Though since the beginning of book 1, I have been wondering what is at the other end of the cave that the former guests came through and Kas’s family left through. 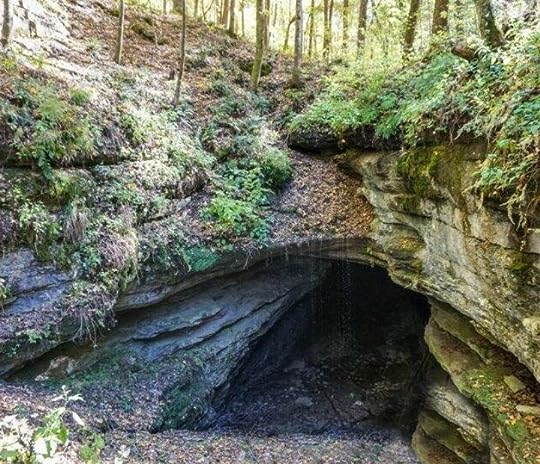 The character development was also stellar, especially what is going through the mind of Kas as he struggles and how Gemma deals with it all. I usually hate the tortured Hero trope, I like a strong Hero who knows what he wants and goes after it and Kass is that as well as tortured, but I loved this story and how Gemma is often the strong one even though Kass is in charge and how the book shows how his mental illness affects her.