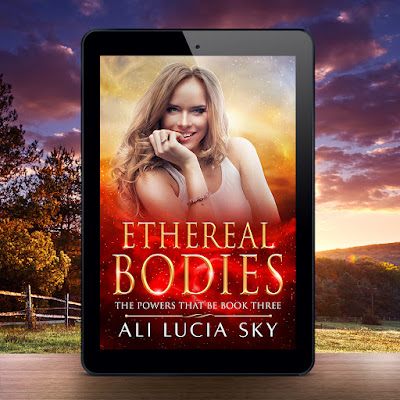 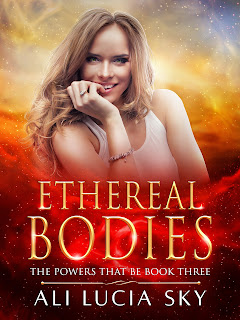 What happens when a Maker falls in love and no amount of wishing will bring back his soulmate?
Lexa Penby has always been happy being the loyal friend. She knows her worth and forgiving the Maker, Tristan, for his many transgressions is a big ask. When it’s revealed that thanks to him and her best friend, Thea, her old life is over. She has to make the ultimate choice.
Meanwhile, the demon world has re-awakened and one mate is committing the most consummate betrayal.
Note: ETHEREAL BODIES is a New Adult book and for readers over the age of 18+ due to sexual content, substance abuse, references to sexual assault and profanity. 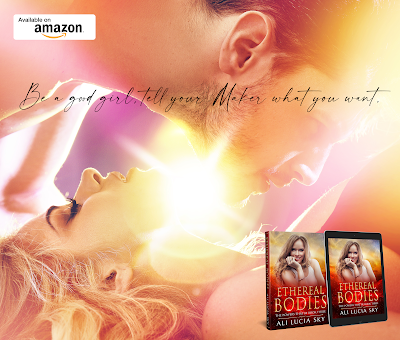 I decide to go back to what we’d originally been discussing. “The other Makers have Made Worlds. I’ve Made one World in all of the time I’ve been in creation, and I’ve Made countless souls.”

I look into her eyes so she could see me. “I’ve always felt the smaller works are more precious.”

There is a heavy silence before she speaks again. “Only one World? What World is that?”

“World Seventeen. I had to Make it. Our teachers, the Czen, were testing us and we were given tasks. Worlds One through Ten were Made in secret. We weren’t to be Making them when we did. Asa and Astrid were precocious. Cosima and Riyu Made bands and tribes of denizens for them. I watched and tried to Make their lives better. I guess you could say, I was afraid I would Make mistakes if I tried to work on a larger scale.”

I swallow at the heartache I remember feeling for the souls. “Some of those who lived in the early Worlds suffered severely. With Astrid, we imbued some with an extra spark, souls. We perfected it, and soon, some started reincarnating on other Worlds. Well, the Worlds where souls could populate. No soul will ever be reincarnated into a non-human being, despite what some believe. So those who believe that their loved ones return as their dogs, are wrong. But souls with that spark, can be born again and again.”

“And those without?” Lexa can barely whisper the question, fearing the answer.

“They die out. In many Worlds, Cosima and Riyu create them for sacrifice or entertainment. They suffer for no reason and die with no hope of reward. It’s terrible. I couldn’t stand it.”

“So, World Seventeen?” she prompts.

“It’s where all those who die without souls go. This World we are in right now, is forever expanding to endure an increasing population. Some of that is because of us Makers. There are so many soulless here. When they die, they go to another World that is also forever expanding to endure an increasing population.” I move away from Lexa to sit down on the crushed velvet settee.

“Why?” she asks, drawn to me. She moves until she is in front of me, then crawls into my lap to straddle me.

“Because they need somewhere to go.” I trace her cheek with my fingertip.

Ali Lucia Sky is the author of The Powers That Be series. She lives in Southern California with her husband and a house full of kitty cats and a yard full of crows.
She loves laughing, drinking good coffee, the smell of pizza, and supporting animal rescues.
When she isn’t writing or dreaming of new stories, she can be found planning her next vacation because traveling is LIFE.
If you encounter her in the wild, don’t be offended if she should run away. She’s timid with strangers, but can be plied with shiny things and pictures of your cat or dog.
She’s a weirdo like that. 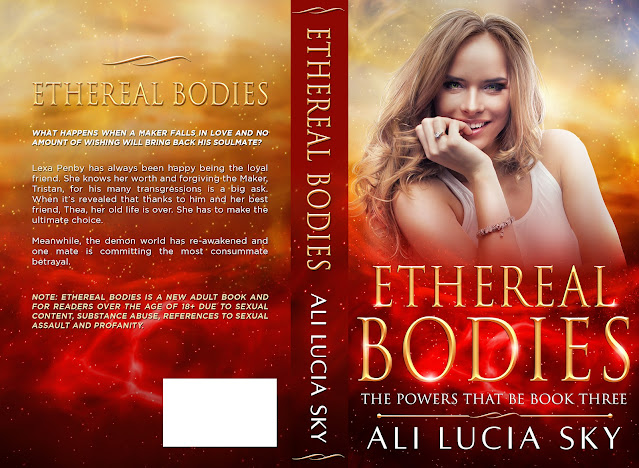