Release Blitz: Sins of the Father 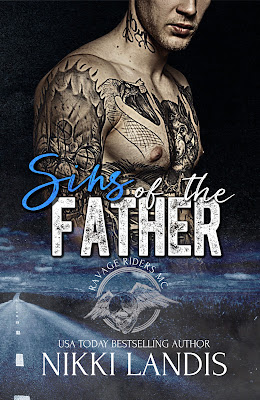 Welcome to Providence, where the Ravage Riders reign.
Edge, the son of the former VP for the Ravage Riders, is a broken, bitter man. He’s lost the only woman he ever loved, locked away in prison for a bar fight that escalated because of his temper. After three years, he’s finally returning home, but things aren’t the same. His father lives in exile, banished for crimes that nearly tore the club apart. Now, an imposter sits on the throne as president, and Edge swears his vengeance.
There’s a war brewing with the Riders’ rival Satan’s Outlaws, and the picturesque, friendly city of Providence is now the center of a bloody turf war. The local police don’t want to see their town corrupted by outlaw bikers, but the feud growing between the two clubs is reaching a boiling point.
Then there’s Rae, the sweet, pretty girl that Edge grew up with and the one person not tainted by his life in the club. Three years of regret and loss kept them separated, and now she’s buried in Witness Protection. Edge is determined to find Rae, even if he has to lie, cheat, steal, or kill to make it happen.
He’ll do anything to keep Rae, his brothers in the club, and the town safe, but the threat they’re under collides with the past. Edge is forced to seek answers about his father’s past sins, but if he isn’t careful, Edge might end up right back behind bars, and that’s something he can’t allow.
*** Note: This book can be read as a standalone. It includes steamy scenes, biker slang, cursing, violence, dark content, a paranormal twist, and, of course, an HEA. If you like alpha males who like to take charge, this book is for you. 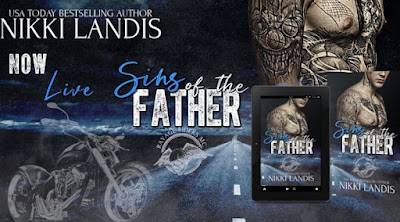 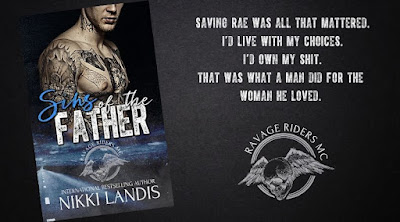 Nikki Landis is the International Bestselling & Multi Award-Winning Author of over 50 romance novels in the MC, reverse harem, paranormal, dystopian, and science fiction genres. Her books feature dark alpha heroes, protective shifters, and seductive vampires and the feisty, independent women they love. There’s heart-throbbing action on every page as well as fated mates and soul bonds deep enough to fulfill every desire. She also writes science fiction romance under the pen name Nikki Nova.Sign up for Nikki’s regular newsletter and get a FREE book: https://dl.bookfunnel.com/d2cd720txo 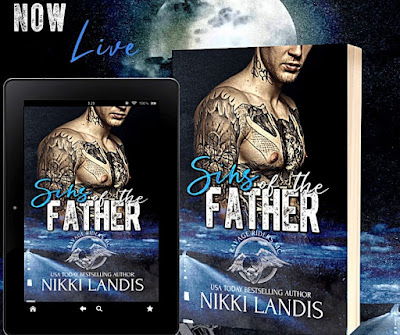