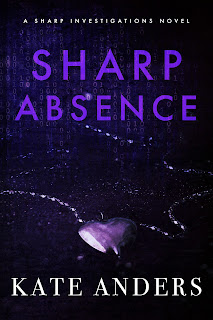 When her final year of college turns into a disaster, Kenzie Sharp can’t wait for it to be over. Thankfully, her best friend is by her side, especially when dealing with the cheating ex-fiancé and his new girlfriend. With graduation around the corner, the best friends are making plans for a fresh start in a new apartment.
So when Kenzie arrives home to their apartment only to find her best friend not just gone, but completely moved out, she knows something is wrong. The university says she withdrew. Their friends haven’t seen her. And the police don’t think she’s missing.
Everyone knows when someone goes missing you’re up against a clock. With her back against the wall, Kenzie puts all her money on the line and hires a private investigator. Will Anderson is the definition of an unfriendly ex-cop, but together the two form an unlikely partnership to find her friend.
As the investigation heats up and more women turn up missing, Kenzie must put her life on the line to get the answers she seeks.

“Don’t look now, but evil nemesis just walked in.”“Great. I swear to God if I end up with a latte on my clothes again, she’s going to end up with the plastic surgery she always dreamed of,” I tell Clara.Clara tries and fails at suppressing a snort.“Don’t draw attention!” I hiss at her as I sink down into the booth a little more.“You aren’t hiding from her, are you?” Clara whispers.“NO! Of course not. I’m just not inviting trouble,” I hiss back. “Well, that and I’m trying really hard not to go to jail.”Clara once again snorts, but at least this time she muffles it a bit.“As soon as she gets to the counter, I say we make a run for it,” Clara says. “After all, spending the afternoon bailing you out of jail doesn’t seem like the best use of my time.”“Aw, you’re so sweet.” I roll my eyes. “I’m down with that plan. Let me know when she makes it to the counter. I’ll just be here working on my invisibility spell.”“Oh my god, and you say I’m insane!” Clara whisper-yells at me.I watch Clara’s face as she tracks Chanel around the coffee shop. I haven’t seen Chanel yet, but I definitely hear her. That high-pitched laughing sound she makes that is sure to upset every dog in a five-mile radius. She can’t really think that it’s cute, right? She can’t be that delusional, can she?“Alright, I think we are good, just don’t make any sudden movements,” Clara whispers.“Why? Is she like a T. rex and can only track us with movement?” I joke.“Don’t make me laugh! I can’t sneak out of here if I’m on the floor,” Clara hisses at me.We both slowly start grabbing our bags and sliding out of the booth. It’s not until we are both standing up next to the booth that our eyes catch and we can’t help but burst out laughing. This is ridiculous. We are seriously hiding from this bimbo like little middle school kids and not like the adult women we are.Clara grabs my hand and starts pulling me to the entrance while still laughing her ass off. Just as we are crossing the threshold, I hear Chanel once more.“It’s her! It’s her! Look, I told you, guys, she stalks me everywhere I go!” Man, the pitch on her makes my eardrums feel like they’re going to explode.Clara looks out at me once we are outside. “Does she really believe her own shit? How does someone stalk someone else by already being somewhere for a half hour and then leaving when you arrive? Isn’t that more like avoiding stalking?”“Ah, but you, my friend, are using logic, and I don’t think God was dealing out a lot of logic skills when he was making Chanel,” I tell her.“True, he really broke the mold when he was making her, huh?”“You said it, not me.” 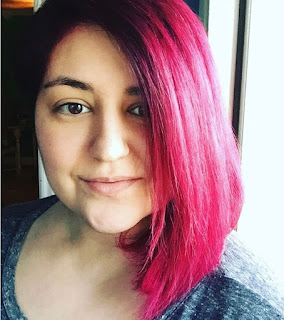 Kate was born and raised in Texas, and after almost a decade as an army wife, settled in North Carolina. She lives with her husband and their four dogs, Anders, Khaleesi, Patrick, and Charlie. Kate spends a great deal of her time reading new books from all over the romance genre, binge watching TV, practicing cooking and dreaming about learning to be a baker, and obsessing about all things nerdy. 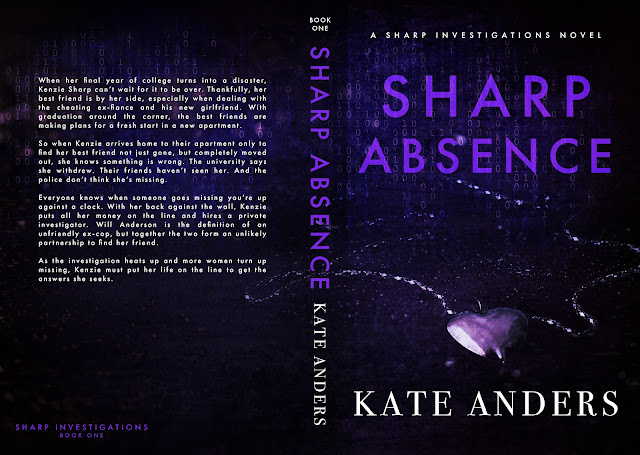