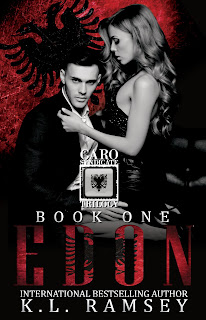 Edon Garo and Adriel Tirana were betrothed to be married, even if neither of them knew it. When Edon’s father gave him the ultimatum to either marry Adriel or give back the Syndicate, he knew that he was going to have to do some fast thinking. There was no way that he planned on settling down any time soon, no matter how incredibly sexy he found the petite brunette. His father would just have to accept the fact that his drunken pledge, to join his oldest son to the Tirana family, wasn’t going to work out because hell would freeze over before Edon would settle down and marry any woman.
Adriel Tirana was done with the old-fashioned ways of her family and her Syndicate. She hated that her father pledged her hand in marriage to a Garo—Edon Garo, no less. He didn’t even know that she existed and blowing her off for their arranged first date was just the push she needed to finally tell Edon off, once and for all. She wouldn’t be ignored by the man who was supposed to be her future husband. It didn’t matter that she didn’t want to marry him or any other man, for that matter. Adriel would make her point, tell him to go to hell, and move on. Yeah—that was the plan, but instead, she woke up the next morning in his bed with no recollection of how she got there. And now, everyone was hearing wedding bells except for her and her prospective groom, and Adriel had a feeling that wouldn’t end well for either of them.
Edon is the first book in the Garo Syndicate Trilogy (Social Rejects Syndicate) by K.L. Ramsey 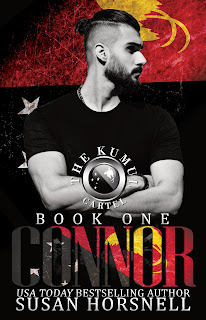 The time—early 1980s.
The place—Port Moresby, Papua New Guinea.
My name is Connor Masterton. My brothers and partners are Jake and Quinn.
I’m the eldest; and the one responsible for keeping our drug cartel alive and prospering.
Using the undeveloped country as a cover, we are able to operate with next to no chance of being caught.
Or so I thought…
Who will betray our operation and push us to the brink of destruction?
Can we survive the betrayal? 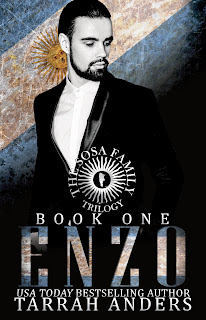 One man. Two lives.
And danger everywhere.
To most of the world, I am simply an athlete. I live in the public eye as one of Argentina’s best futbol players. I have an entire life that is built around the game and the fans and the media that loves to see my face on billboards. But I have another life that few know about. To the members of the dark and seedy underground, I am known simply as Sosa. The name alone strikes fear into our enemies and as the current underboss for the family cartel, I’m capable of destroying someone without a second thought.
Except for her.
We were childhood best friends, teenage lovers and then, she disappeared. Now, all these years later she’s back and as beautiful as ever. I want nothing more than to sweep her into my arms but with our families rocky history, I know I shouldn’t cross the line. Family comes first.
Always.
But what our fathers know, won’t get anyone hurt, right? 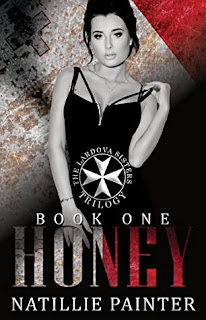 Orlagh Lardova has been training his three daughters to take over his empire. Due to his failing health, he is afraid the day he will need to relinquish control, will come sooner than later.
Honey is the oldest Lardova sister and the most likely candidate to run the Lardova Honey company in its current state. She is as smooth as the syrup that runs through the ton. But she is also stubborn and controlling. Which in her mind are assets in a male-dominated business. And a business she has plans to expand as soon as she is in charge. All while including, not excluding, her two younger sisters.
Tommaso Calabria has been in love with Honey Lardova since the first grade. Even before he knew who she was and what she was destined for. Honey has ripped his heart out of his chest and stomped on it more times than he can count, but he never leaves. Now, with Father Lardova fading away, Tommaso now sees the opportunity to be Honey’s partner. A partner and an ally to Honey as she takes charge of Malta.
Honey is book one in The Lardova Sisters Trilogy. 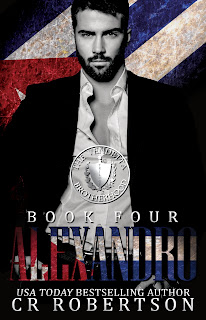 My life was a dark, bitter warzone where to survive I became a predator with a reputation that promised death to my enemies.
Then she walked into my miserable existence and I was able to breathe again.
Catarina possessed the looks of an angel who’d accidentally fallen to earth, but she had the body of a wicked serpent who tempted men to sin.
Alexandro led a dangerous cartel who took what they wanted and never thought about the repercussions. What he wanted was the spirited Catarina, so when no one was looking, he took her and made her his dark queen. So what if he had to convince her along the way? Those pouty lips belonged to him, and if she thought that any other man belonged in her bed, then she was about to discover why Alexandro Ramirez was know as Hades, King of the Dead.
Readers of CD Reiss and Penelope Sky will devour this series filled with dark desires and explosive secrets.
Buy Alexandro to continue this addictive series today!
Warning: Please be aware that this is a dark mafia romance. It contains scenes of violence and flash backs of domestic abuse that may be a trigger to some readers. 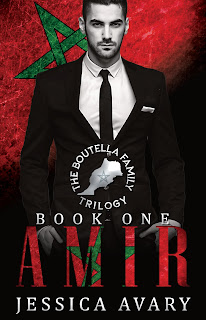 Luciana
I knew at a young age my father would dictate my life by choosing my husband. A man who could increase my father’s power as King of Colombia and one of the biggest crime lords to walk this Earth.
As Princess of Colombia and of the Rojas Crime Family I always assumed my father would marry me off to a prince next in line to the thrown, or a King. I never imagined my father would trade me to a crime lord who was much darker than my father. I knew I was a possession to my farther, I had been foolish to believe he would ensure my safety. He only wanted to plant me as a spy.
I had heard of Amir Boutella and his family. If the rumors were true they were monsters. One rumor in particular had me scared senseless…Amir had killed his first wife. The reason why was unknown to me. Would he kill me as well once he was finished with me?
Once Amir staked his claim on me I quickly learn not everything is black and white. Yes he is dark…oh so dark, but I found his light. He was evil, but he was also good. He wasn’t the monster the rumors made him out to be. He made me hate him yet at the same time crave the unyielding passion he offered behind closed doors. Could I betray my father? More importantly, could I betray my husband?
Amir
King Mateo Rojas made me an offer I couldn’t refuse. In exchange for weapons for a war he was preparing for, not only did he offer me millions, but his daughter as a sign of good faith. He introduced Princess Luciana to me and my brother’s and I knew my claim was staked on the fiery beauty.
I was known as one of the meanest crime lords in all of Africa and South America. I was a man who offered no mercy and no second chances. There were many rumors about me and my family and I let them exist so others would fear us all that much more.
Luciana tames my demons and takes away the darkness. I’m not sure I necessarily like how she makes me feel. Perhaps that’s why I keep her locked up like an animal and use her at my will, my mercy. She is a possession her father gave me freely to use as I saw fit.
What happens when Luciana tells me the real reason her father offered her up for marriage? Can I trust her with my own secrets and the two of us work together to bring her father and The Rojas Crime Family down. 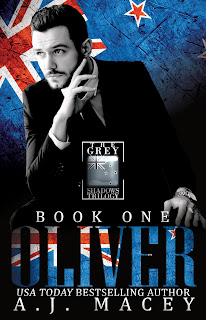 The Grey Shadows series is a mafia romance M/F trilogy with each book following a different couple. Each book ends in a HEA and can be read separately, but please note these books contain mature content and may include references to violence, attempted assault, abuse, and other themes that some readers may find triggering. 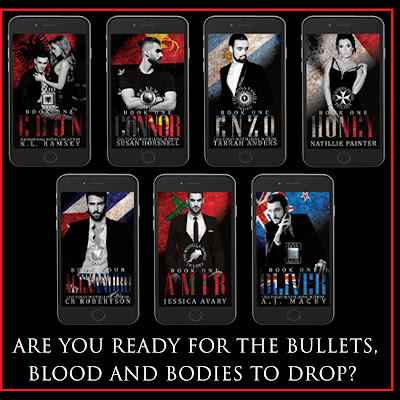