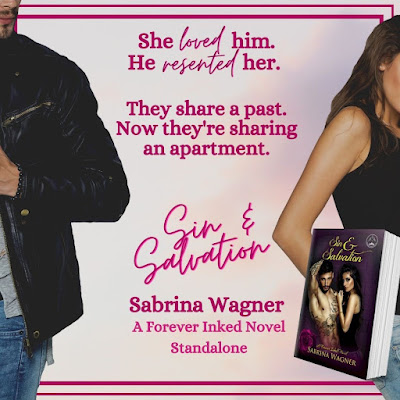 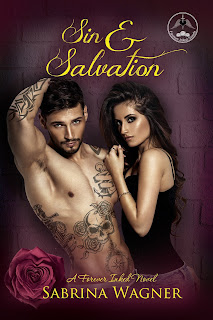 She loved him. He resented her. Now they share more than a past… they’re sharing an apartment.
Sin & Salvation is a Forever Inked standalone.
My entire love life was a string of disasters. Now that I was turning thirty, my mother expected me to marry a respectable man and start a family. But when my impending engagement blew up in my face, I fled his lavish condo and moved into an apartment above the Forever Inked tattoo parlor. I was shocked to find my first love standing in the kitchen signing his own lease for the place. Elias was the only man I never got over… the preacher’s son. Sometimes salvation came as a second chance.
***
I hadn’t been home in almost fifteen years. I left everything behind, including the girl who betrayed me. I’d have never come back if it weren’t for my ailing father. Luckily, I found a job and an apartment at Forever Inked. Just as I was signing my name on the lease, a blue-eyed angel walked in carrying her whole life in a few boxes. Roxy was every sin you could imagine wrapped in a beautiful package. A temptress who’d destroyed me.
I’d evicted her from my heart, now I had to evict her from my apartment.
This book contains mature themes, strong language, and sexual situations. It is intended for adult readers 18+.

I gave Zack’s hand a firm shake. “I’m happy to be here and this apartment is a blessing. It couldn’t have worked out better.”

The door opened and Chase, who I’d met yesterday, walked in carrying a large box. Following behind him was another guy and two women, all carrying an assortment of boxes into the apartment.

“Zack, I’m glad you’re here,” Chase said. “Good news. I got a renter for the apartment.” He set the heavy box on the floor. “Isn’t that great?”

Zack scratched his head in confusion. “Small problem. I already rented it to Eli.”

“Fuuuuck!” Chase groaned. “Roxy needs a place to stay because her shit-bag boyfriend cheated on her.

I figured this place would be perfect since it’s been empty for months.”

A woman with long dark hair stepped from behind the others and gave a little wave. “Hi, Zack.”

I stared at her. There was no fucking way. The glasses were gone, and she was a lot curvier, but how many women could possibly be named Roxy. Her vibrant blue eyes confirmed it; they were stunning with her dark hair. She was the whole reason I got sent to Georgia, and you didn’t forget a girl like that. I cursed her name for years, blaming her for the normal teenage life I’d been robbed of.

“Well, this is a clusterfuck.” Zack ran his hands through his hair, clearly frustrated. “Eli needs a place too. He just signed the lease.”

Roxy’s face dropped. Her attention turned to me as if she just noticed my presence. Her eyes squinted in an expression I remembered well. She looked me up and down, studying me like a science project. I wasn’t the same gangly seventeen-year-old boy anymore. I’d grown up too; I was taller and wider, with a body built by the military. I could tell when it finally clicked as her expression turned from confusion to surprise. “Elias?”

My arms instinctively crossed over my chest. “It’s Eli now.”

Zack looked back and forth between us. “You two know each other?” Roxy’s face broke into a huge grin. “We used to…”

I cut her off. “We used to know each other.” Those days were long gone, and I didn’t need her getting any stupid ideas. She was wild and reckless. That wasn’t me anymore.

The redhaired woman standing in the entryway clapped her hands together. “Well, isn’t this a happy coincidence. There’s two bedrooms. Maybe you could both live here.”

It was a terrible idea.

Zack blew out a breath. “That could work. I’d cut the rent in two and you could each pay half. It’s up to Eli though. He already signed the lease.”

Roxy looked hopeful, but when I didn’t say anything, her face fell. “It’s okay. I’ll just stay in a hotel until something else comes along.” She picked up her box from the floor and turned toward the door. “Come on, guys. Next stop, Holiday Inn.”

She was really going to live at the Holiday Inn? Something deep inside me twisted. I loved her once, surely, we could get along for a few months. Besides, I was going to be so busy between work and visiting my father that I’d rarely be here. “Wait!” The word came out of my mouth before I could stop it.

Roxy turned back and cocked her head at me.

“On one condition,” I said. Now I sounded like my father who had conditions for everything. “It’s a temporary arrangement. You need to keep looking for someplace else to live. Until then, you can stay here, but I’m taking the master bedroom.” Fuck. I sounded like a prick. Maybe the apple didn’t fall too far from the tree after all.

She chewed on her bottom lip. “I’d really appreciate it.”

“Then it’s a done deal,” I said gruffly. There was no sense in giving her false hope that we would be together again.

“Are you sure?’ Zack asked. I gave him a curt nod.

He picked up the paperwork from the counter and tore it in half. “Stop by my office downstairs for the new lease agreement and keys.”

“Let’s get your stuff into your room,” Chase said, leading the way to the second bedroom.

Roxy paused as she passed me and put her hand on my arm. “Thank you, Elias. You don’t know how much this means to me.”

My skin tingled under her touch, the same way it did when we were kids. “It’s temporary,” I reminded her.

I watched in amazement as the small group made several trips up and down the stairs and piled box after box in her room. She had a lot of shit.

What in the hell had I gotten myself into? 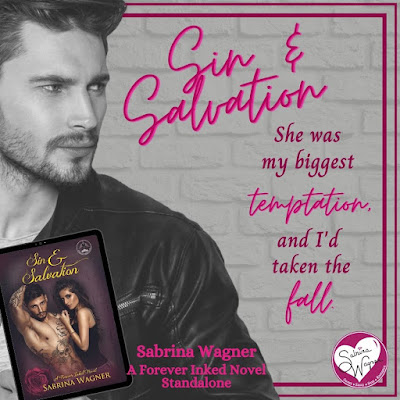 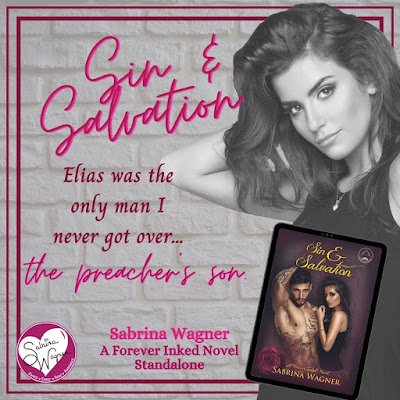 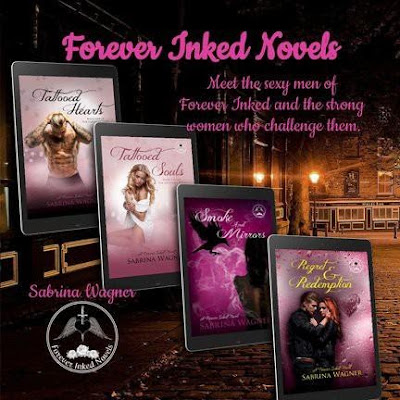 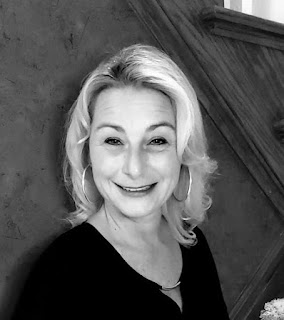 Sabrina Wagner lives in Sterling Heights, Michigan. She writes sweet, sassy, sexy romance novels featuring alpha males and the strong women who challenge them. Her books include The Hearts Series and the spin-off, Forever Inked Novels.

Sabrina believes true friends should be treasured, a woman’s strength is forged by the fire of affliction, and everyone deserves a happy ending. She enjoys spending time with her family, cuddling her kittens, walking on the beach, and of course, reading. Sabrina is a hopeless romantic and knows all too well that life is full of twists and turns, but the bumpy road is what leads to our true destination.