King of Corium by C. Hallman

The heroine: Aspen Mather – mafia princess whose Father ratted to the Feds. Except the mob boss he ratted against had an inside man and turned things around and Aspen’s father went to jail. She now has to go to Corium University, a very exclusive private school for the children of mafia families when everyone there will be out to get her because of what her father did.

The Hero(es): Quinton Rossi – The son of the biggest, fiercest mafia boss and next in line to take over. He is going to Corium University to get away from his family after some big drama happened at home, all of it was put into motion by Aspen’s father. Quinton has a serious dark side and feels like he will lose control at times.

The Story: Corium University houses the children of wealthy arms dealers, mafia families and more. It is in a castle in a remote part of the Alaskan wilderness and is where they become the people they were meant to be. There is only one rule, and it is no murder. Aspens mother thinks it is the safest place for her since there are those who would like her dead to get back at her father. At the school she might be with the families her father betrayed but they can’t kill her. 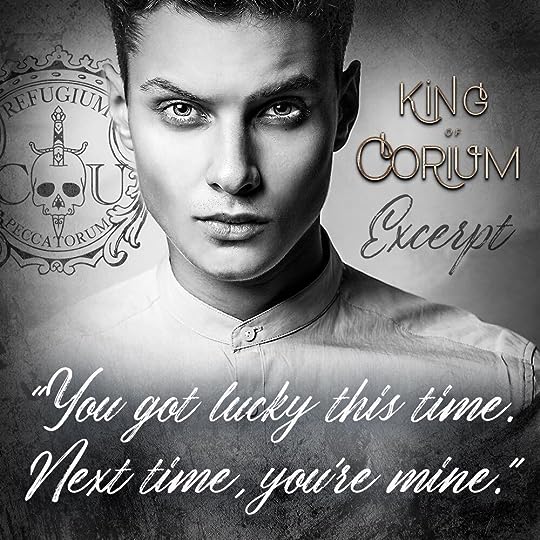 However, it isn’t only the other students Aspen has to worry about, though that is plenty. The headmaster and teachers are as bad, if not worse. She gets the worst room in the castle, and a bed that isn’t even a bed, she is pushed, shoved, and she gets leftovers while all the other kids have great food. Quinton is angry and wants to take out all his frustrations on Aspen.

Quinton is at school with his best friend Ren, but is quite a loner. He is the most feared guy at Corium and that has as much to do with who his father is than himself, but he is definitely a dark character and has no compunction about doing things that aren’t right. He feels his life has spun out of control over the last year and he wants control over all else. When Q discovers he can have total control over Aspen, he does’t hesitate to take it. I actually liked Quinton a lot more than I expected.

But of course with all mafia stories there are a ton of secrets and lies and J.L. Beck and C. Hallman are well versed in weaving many terrific storylines in to one awesome rollercoaster ride. The Cliffhanger is everything a cliffhanger should be and I can’t wait for the next book to find out more about Quinton and Aspen’s pasts as well as the resolution to the exciting cliffhanger.