ARC Review: Still Falling for You by Siobhan Davis. ⭐️⭐️⭐️⭐️

Still Falling for You by Siobhan Davis

The heroine: Zeta – she grew up with a mother that didn’t care and stepfather that turned her mother into a prostitute. She ended up in Juvie before her seventeenth birthday.

The Hero(es): Ryder – he had a background very similar to Zeta, though he has been in juvie for a much longer time. He refuses to tell anyone except his psychologist the real reason he was sent to juvie.

The Story: Ryder and Zeta have a connection from the moment their eyes meet when she enters the juvenile detention facility. Ryder has months left on his sentence and Zeta is put into the same unit as Ryder. 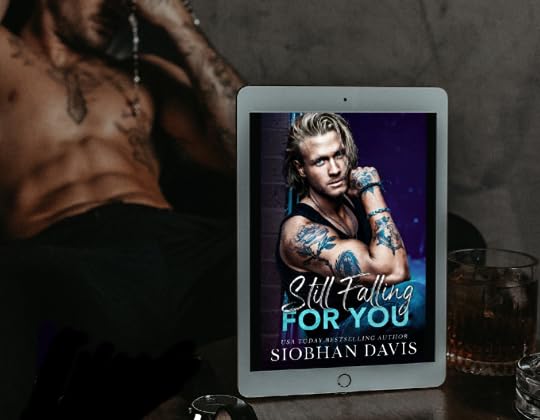 I don’t want to get too into the meat of the storylines since that will give too much away but to say that they experience ups and downs both while in juvie and once they are out. They end up apart and eight years go by before they meet again.

There was a lot I liked about this book, but definitely things I didn’t like. Ryder was a self destructive at times, and he seemed weak in others whereas I like the Hero to be strong and stand up to people like like bullies although there are reasons he didn’t.

It seems like Ryder spends too much time blaming himself for things that he really had no control over and wallowing in his failure to do more. When anger gets the best of him he ends up throwing a tantrum and either punching walls, punching people or breaking things, it seems somewhat childish. Though I do suppose that makes it more realistic since we know most real life rockstars would make far from perfect Heroes.