Release Blitz: Vows of a Mobster by Eva Winters 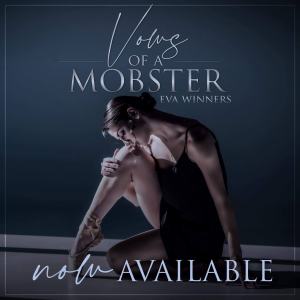 ⭐️⭐️⭐️⭐️⭐️ “This book knocked me off my feet! It’s flipping brilliant!” Goodreads Reviewer 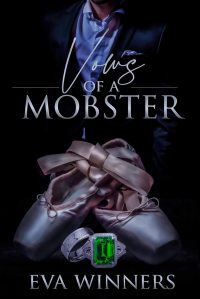 The truth is never what it seems. Neither are the people, regardless of who they are.
✅ Mafia romance
✅ Age Gap
✅ Murder mystery
✅ Steamy sex
✅ Violence
I knew the past would come back to haunt me. It was only a matter of time before my world came crashing down.
The only thing I didn’t expect was Mateo. The head of the Italian mafia. We were never meant to cross paths; our worlds vastly different.
His green gaze captured me, his touch burning through my defenses. The words he whispered melted away all the years of loneliness. But the secret I kept could get me killed. If he spared me, his rivals wouldn’t. As my secrets unravel, it could cost me everything and everyone I loved.

“Marissa, Daphne,” I called out to both of them.

“We are here,” I heard Daphne’s voice and I followed it into the kitchen. She had a wet cloth on her forehead and Marissa was rubbing ice all over her face.

“Shit, how much did we drink last night?” Marissa asked.

“Too much apparently,” I answered them. “Or not enough. Because somehow Mateo and I ended up having phone sex.”

“What?” Both of them screeched at me and I winced, a sharp pain shooting through my brain. They must have felt the same because they groaned, painful expressions on their faces.

“He told me I have to be in his office first thing this morning and demanded I spend the night with him tomorrow. Well, that would be today.”

They both stared at me dumbfounded. “Well, what am I to do?” I asked cranky.

Those two shared a look. “You have to pack an overnight bag,” Marissa started moving immediately. “We’ll take Emma to daycare. Don’t be late to his office. Did he specify time?”

“That means, you have to be in his office at eight a.m.”

I glanced at the clock. It was seven already. “That’s right,” Marissa announced. “You don’t have time. You make him focus on you and your pussy.”

“What?” She shrugged her shoulders. “I was thinking about a plan. Make him pussy whipped.”

“When did you have time to think of a plan? While we were drunk?” I asked her suspiciously. “That was so stupid,” I muttured under my breath. “My first phone sex and I go and do it with the mob boss.”

“Honestly, I can’t believe he had phone sex.” Marissa admitted. “Did he come?”

I put my hand on my forehead. “Oh my God, I can’t believe this circus!”

“Did you come?” Daphne asked. “Did you both come?”

“Someone please kill me,” I raised my eyes to the ceiling, then realizing what I said, quickly corrected myself. “Nobody better kill me. And yes, we both came.”

“Wow!” Marissa watched me with awe although I had a feeling it was for all the wrong reasons. “Yes, make him pussy whipped,” she added, a firm decision in her voice.

They both started pushing me back up the stairs and dug out a bag, then started to shove stuff into it.

“Marissa,” I complained. “You are packing like I’m going away for a week.”

She shook her head and then mumbled, “Pussy whipped.”

“Would you please stop saying that?” I ordered her. “You are freaking me out.”

“I’m freaked out,” Daphne chimed in stiffly, her eyes twinkling. “I can’t quite look in the direction of the bed, because you and Mateo having phone sex keeps coming to mind.”

I rolled my eyes. “You two are asses.”

Marissa stood up. “He will probably want to buy you stuff, like freaky sexy stuff.” She took my face between her hands. “Let him.” I went to open my mouth and she quickly continued talking. “You let him buy you stuff, Brianna! You hear me.”

I took a heavy sigh. “This is getting out of hand.”

“Brianna, he is pussy whipped,” Marissa emphasized each word.

“Well, technically he can’t possibly be since he hasn’t seen my pussy nor touched me. I did all the work.” 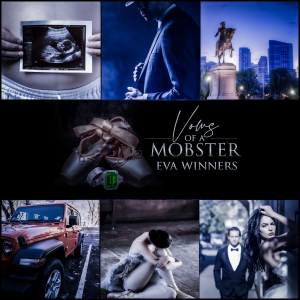 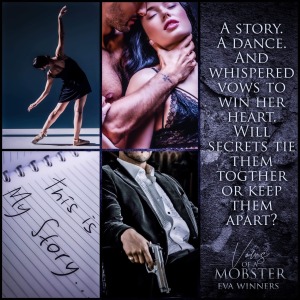 Eva Winners released her first novel Second Chance At Love in 2020 and has been writing vigorously ever since. She writes about everlasting romance for every century focusing on characters emotional development and always guarantees an HEA.
She loves yoga, wine and her kiddos. In her spare time, she seeks adventures either hiking through trails or exploring the beaches.
Writing books has always been her passion and she brings real life to the forefront in everything she writes about.
Deeply passionate characters and stories will draw you in and you’ll never want to leave.
Follow her on social media to stay up to date with all her new releases! 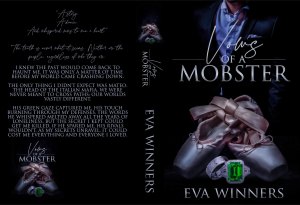