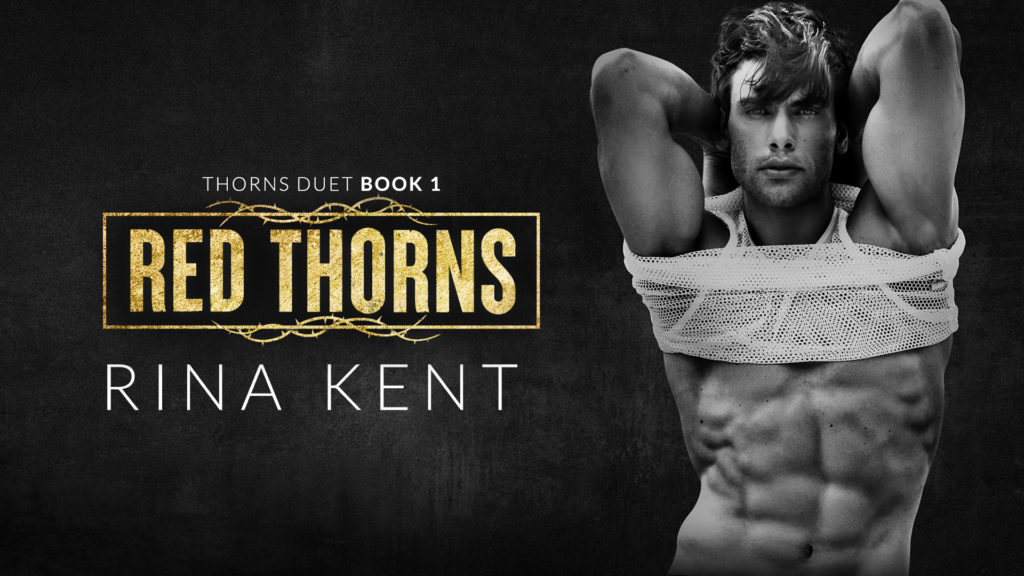 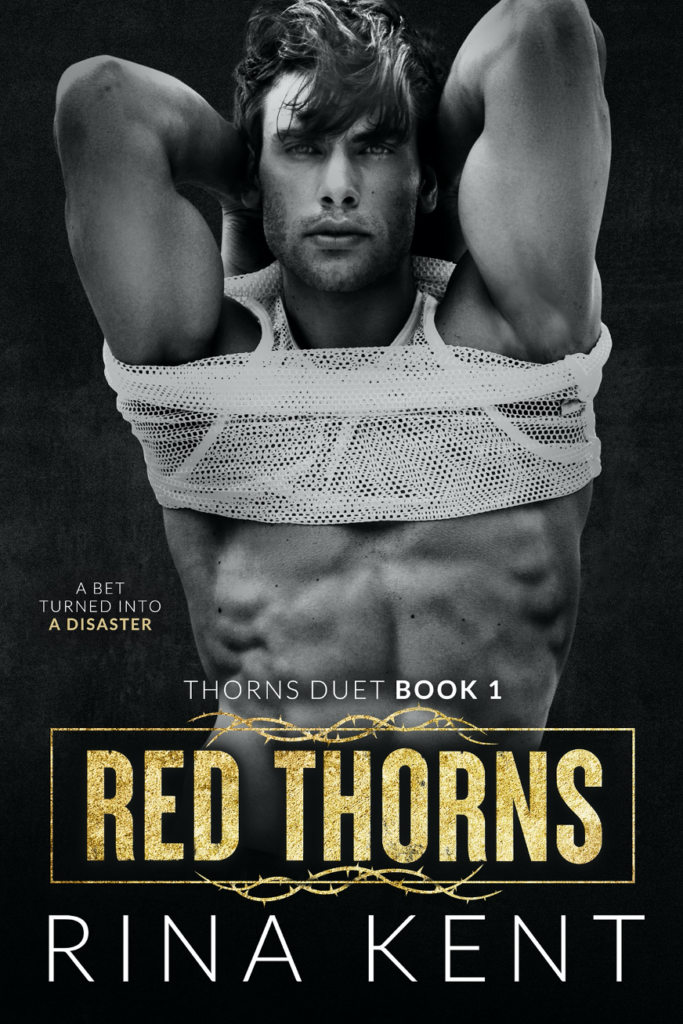 AMAZON US ➜ https://amzn.to/3tkNr4K
AMAZON UK ➜ https://amzn.to/3uWhosx
INTERNATIONAL ➜ https://smarturl.it/RTBuy
GOODREADS ➜ http://bit.ly/GR-RT
AUDIOBOOK ➜ https://amzn.to/3gRuVxD
Narrated by Teddy Hamilton & Rose Dioro, featuring Jacob Morgan!
BLURB
A bet turned into a disaster.
Sebastian Weaver is the star quarterback and the college’s heartthrob.
Rich. Handsome. Bastard.
Everyone’s attention flocked toward him and all the girls dreamed to be with him.
Not me.
At least, not until he made a move on me.
See, I thought I was stronger than Sebastian’s charms.
I thought I could survive being his target.
I thought wrong.
Little did I know that he will make my most twisted fantasies come true.
Fantasies I didn’t know existed… 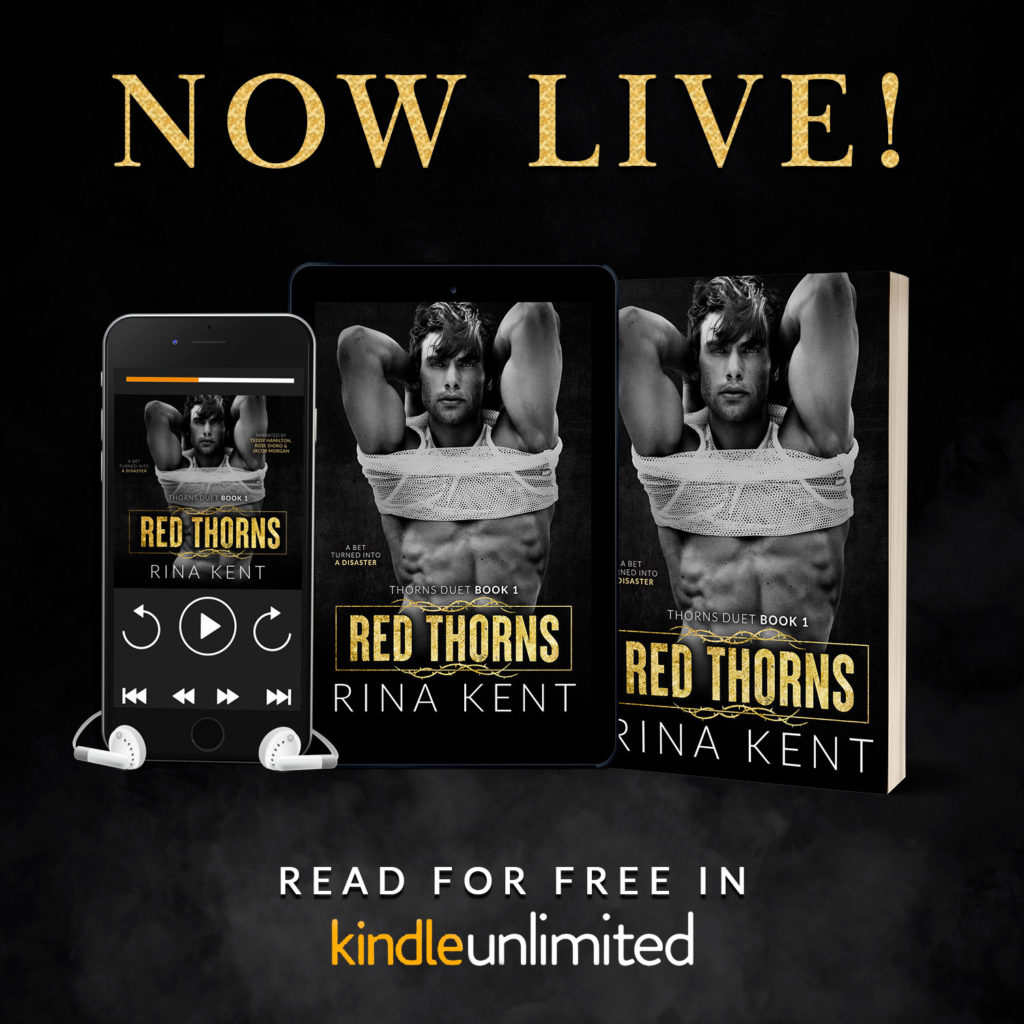 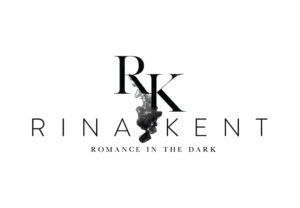 Rina Kent is an international bestselling author of everything enemies to lovers romance.
Darkness is her playground, suspense is her best friend, and twists are her brain’s food. However, she likes to think she’s a romantic at heart in some way, so don’t kill her hopes just yet.
Her heroes are anti-heroes and villains because she was always the weirdo who fell in love with the guys no one roots for. Her books are sprinkled with a touch of mystery, a healthy dose of angst, a pinch of violence, and lots of intense passion.
Rina spends her private days in a peaceful town in North Africa daydreaming about the next plot idea or laughing like an evil mastermind when those ideas come together.
Don’t forget to Sign up to Rina Kent’s Newsletter for news about future releases and an exclusive gift.

The quarterback and the cheerleader get kinky!

The heroine: Naomi – she is a bit anti-social, but joined the cheerleading squad at her college because her mom wanted her to. Her mom is a wealthy fashion designer and she never met her father.

The Hero(es): Sebastian – his Grandfather is a a senator and his grandparents raised him. They expect him to take up the family mantle and go into politics like his Grandfather. Sebastian is the star quarterback at the college.

The Story: Naomi has had a small harmless crush on Sebastian since high school and after he accidentally tackles her on the sidelines, he starts showing interest in her. He then accepts a bet from his friend Reina that has to do with Naomi.

The two main characters have a dark side and pretty specific kinks and they both have family issues. Naomi wants to meet her father, but her Mom won’t give her any information on him. Sebastian is living under the expectations of his extremely snobbish and cruel grandparents.

This was actually a very good story despite the often used tropes and the predictability of some of the events. For example, the book begins with Naomi starting up a pen-pal relationship, with someone who wrote to her in high school. I would be surprised if she doesn’t meet him and/or find out his real identity at some point and I can bet who it is. There are also mean girls at the school who antagonize Naomi at every opportunity.

I really liked both of the characters, especially the sizzling chemistry between them. I also liked the Japanese themes in the story, since Naomi was half Japanese. There was a bunch of stuff about their mutual love of anime, Sebastian even had Japanese symbols Tattooed on his body. It is nice to see some diversity in romance novels.