This is the 27th book in the The Reed Security Series, and they should be read in order.
The book you’ve all been waiting for! All the advice the men have given to each other, all written down in one relationship manual, along with a fun adventure to go along with it! What happens when the men rush to finish the manual, the women find out and write their own, and the ladies go off on another adventure of their own? Nothing good. 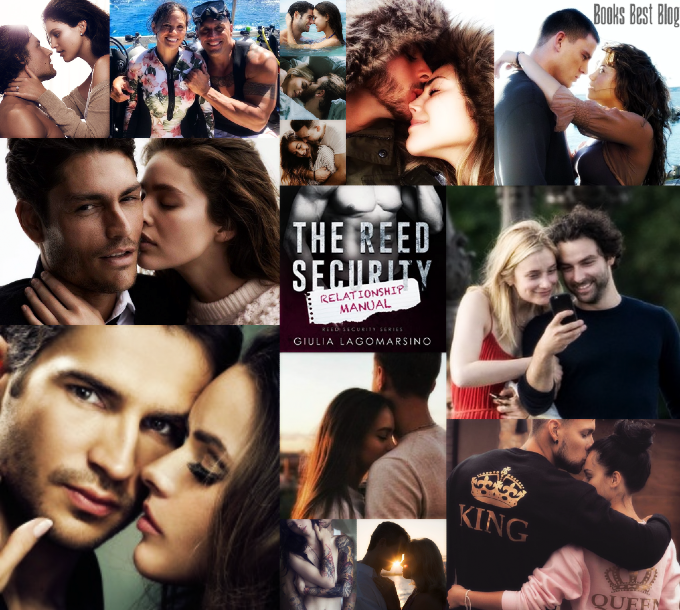 Rocco is on the verge of getting married so he is trying to put together a rule book for Brooke to sign for after they get married. You know, things like the fact that she needs to make dinner at least 5 out of every seven days, and she has to wear her tracker at all times. Though after he and brook get in a fight about this rule book and he and the guys at Reed Security figure out that Brooke may have been so cranky because could be pregnant.

Now Rocco really needs to finish the rule book and get Brooke to sign it before her hormones get even more out of wack. So the guys decide to hide the rule book in the middle of the Relationship manual they have slowly been putting together. The manual is more of a guide on do’s and don’ts in a relationship based on their experience. So Cap gives them all a talk about getting this manual completed in a hurry so Rocco can use it to get his rule book signed.

Each of the guys of Reed Security think back on their early relationships and add items that they did right and wrong in the pursuit of their women. Though the women find out and decide to make a rule book of their own so when the guys hand them theirs, they can hand back one of their own.

This was a terrific premise to go through all the hilarity of the relationships between the guys and their gals. These were some of the best parts of each previous Reed Security book, so this was not only great nostalgia for the books I have already read, but it makes me really want to get to the ones I haven’t yet read and read them now. Which for me, means you don’t have to read any of the previous books to read this one, though it will definitely make you want to.

The guys of Reed Security are hot, tough and sometimes immature meatheads, but they sure love their women. They are also often paranoid, overprotective and stalkers that have crazy ideas about what it takes to get and keep women. Though they do have reason to be that way (somewhat) since they have been attacked in the past and some of the women have been kidnapped at one time or another.

“Enough! Craig, I hate to point this out to you, but you don’t have what it takes to be a stalker. It’s never going to happen, so give it up. You have this twisted version of stalking that doesn’t even make sense. I’m sorry, you can’t join the club.”
He looked like I had kicked him, but enough was enough.

The women are every bit as crazy as the men. They love to shoot, throw grenades and get into all sorts of trouble. Some of them even started up a sex toy company. What more can you ask for? This book has all that and a bag of chips!