The Revenge Pact kicks off an all-new series, The Kings of Football, with an emotional and super-charged new adult standalone romance from Wall Street Journal bestselling author Ilsa Madden-Mills is available now!

River Tate is a god on campus.
The king of football.
A tattooed bad boy with gunmetal eyes that see right through you.
The only chink in his armor is her, the girl he pretends doesn’t exist, the forbidden one with the shy smile and lavender hair.

Anastasia Bailey is a nobody.
The queen of nothing.
An outsider with the face of an angel and a body made for sin.
The only chink in her armor is him, her boyfriend’s frat brother, the football player who hates her.

But when Anastasia’s life crashes down, River’s the one who sweeps in and picks up the pieces. Torn between loyalty, lies, and secrets, he battles the temptation to take everything from her when they make their revenge pact.

He can’t tell her no.
Because revenge (or love) is sweet, and once you get a taste, the craving never ends.

Eight of her eleven novels have placed in the Amazon Top 10 Best-seller List: Dirty English #1; Fake Fiancée and I Dare You #2; I Bet You, Filthy English, and Very Bad Things #6; Boyfriend Bargain #8; The Last Guy, her collaboration with Tia Louise, #4.

A former high school English teacher, she adores all things Pride and Prejudice, and of course, Mr. Darcy is her ultimate hero.

CHECK OUT THE OTHER STANDALONES IN THE SERIES!

Synopsis:
I haven’t seen her in three years.

I haven’t talked to her since the kiss.

So why am I on a plane, flying across the world to spend a week with her in Germany?

My life’s a mess.
My possible football career is hanging on by a thread.
I’m driving the roads of Germany in honor of Pops with the one girl I can never have.
And I’m sharing a bed with her, the girl I’ve measured everyone else up to, while desperately trying to not to touch her.

We made a pact growing up, never to get romantic with each other – never fall in love.

And I’m about to break that pact. For good.

Synopsis
How hard can it be?

That was the question rolling around Larissa Mason’s mind just before she asked Hollis Hudson to be her fake boyfriend.

It was only supposed to be for five minutes, after all.

Granted, that was also before she felt his hand on the small of her back as he charmed the heck out of her family.

She hadn’t heard his laugh yet either.

And it was definitely before she saw the football god shirtless. Otherwise, she would’ve had an idea of just how hard some things could be.

It turns out that pretending to be in love with a crazily handsome, somewhat enigmatic, and absolutely unforgettable tight end (that has an amazing tight end) is easy.

Reminding herself that just because opposites attract doesn’t mean they’re forever is much harder.

What they have isn’t love—it’s a relationship pact. Right?

Sign up to receive an email when it’s live:
https://geni.us/AmazonAlert
Or text the word Adriana to 21000 (US numbers only)

The Revenge Pact by Ilsa Madden-Mills

A sports romance with a great Hero!

The heroine: Anastasia Bailey – Transferred to Braxton in order to get into Law School. Her first day there she was in the library and got a note from one of the guys at the table next to her. She ended up dating him. His name is Donovan and is the Vice President of the Kappa’s.

The Hero: River Tate – Big man on Campus and star of the football team, though the team did not fare well this year. River is the President of Kappa and does his best to stay far away from Anastasia since she is dating Donovan. Though he is attracted to Anastasia and has to remind himself that he can’t have her. He has a trio of learning disabilities and family issues.

The Love Story: Anastasia thinks River is perfect looking, but a bit of a douche. She also thinks he hates her.

River has wanted Anastasia since the first time he saw her and she wanted him also, but then started dating his friend. River is a great friend and loyal to his friends. So he doesn’t want to get involved with Ana and ruin his frat brothers relationship with her. However, he can’t get her out of his mind.

For some reason I really like it when the guy is more into the girl than she is him. I also really have been loving it lately when the Hero or heroine has some sort of flaw (whether it be mental health issues, learning disabilities, or something else). It is a great contrast that River is so perfect looking, 6’4” tall and has a body like a greek god, but also has ADHD and Dyslexia. His struggles are what make this book great In addition to the fact that Ana is so supportive. 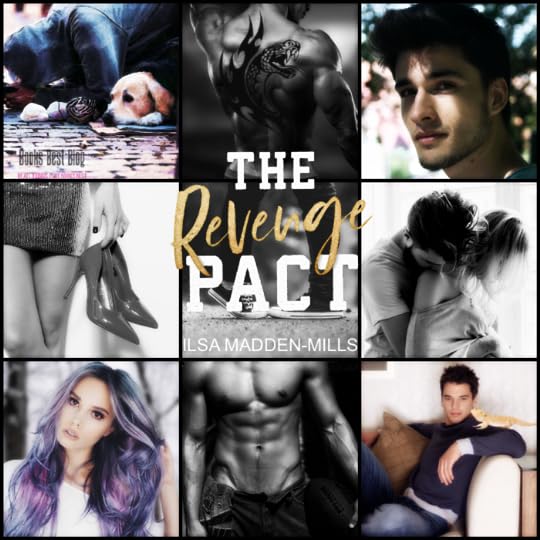 Ilsa Madden-Mills is wonderful at character development and world building. The supporting characters such as the room-mates, Benji – the little brother from the fraternity, Crazy Carl and June the homeless woman are all large parts of the story and help to show what kind of people River and Anastasia are.

As for the romance, the sexual tension was through the roof and though this was a bit of a slow burn, I just couldn’t wait until River and Ana got together and when they did it was super steamy. This book just made my Christmas season. Plus I just love books that have cute animals. 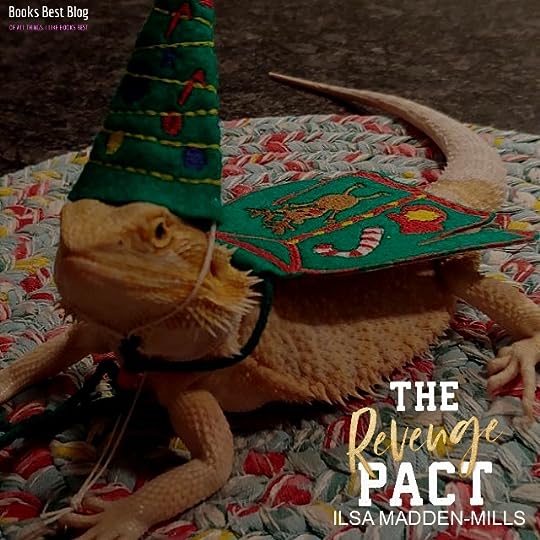