The Billionaire’s Secret by L. Steele is now live! 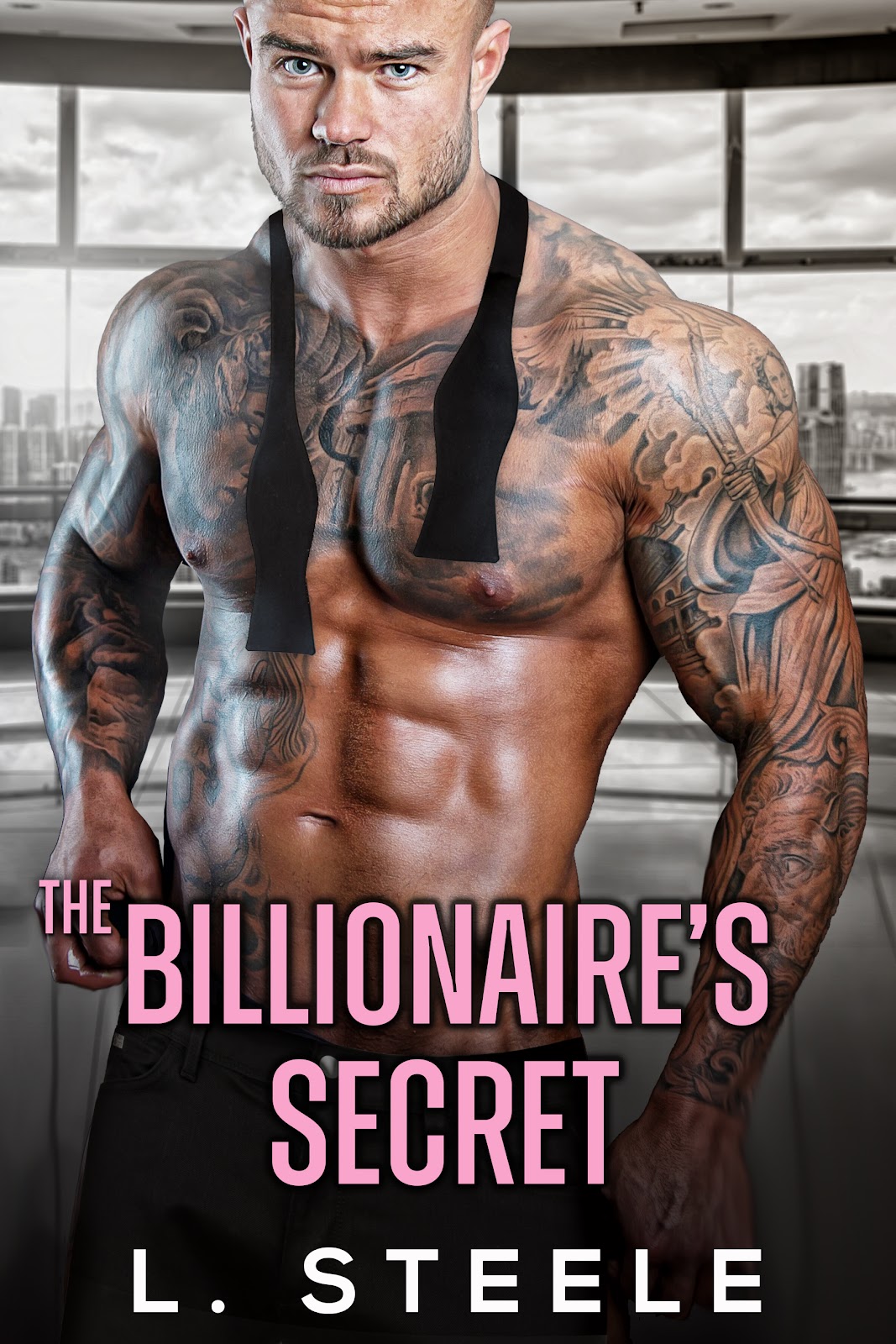 Saint Jordan Killian Caldwell
A gazillionaire with a panty melting smirk; and a soul as broken as my own.
I wanted a child.
He wanted a willing wife.
I wanted someone to break me and build me up again…
He wanted no emotions, no connection.
A simple transaction, that’s what he said it would be.
I needed something in me to shatter, so I could finally live.
He promised that he was the one… who’d bring me to the edge.
Show me how it could be between a man and a woman…
Just… you know… no sentiments involved.
I thought I was willing to do as he commanded.
After the events of my past, I hoped that I could walk away with one thing that belonged to me: my own flesh and blood, my baby.
That was the deal I had made.
I hadn’t expected to develop feelings for the father of my child.
Definitely hadn’t meant to fall in love with the man I must betray…

Note: This is Victoria and Saint’s story. Features a possessive, snarly, billionaire and the woman he’d do anything to keep safe. The Big Bad Billionaire Series intertwines with the Arranged Marriage Dark Mafia Romance Series.Each book is a standalone and promises a pulse-pounding, HEA. 1-CLICK NOW. 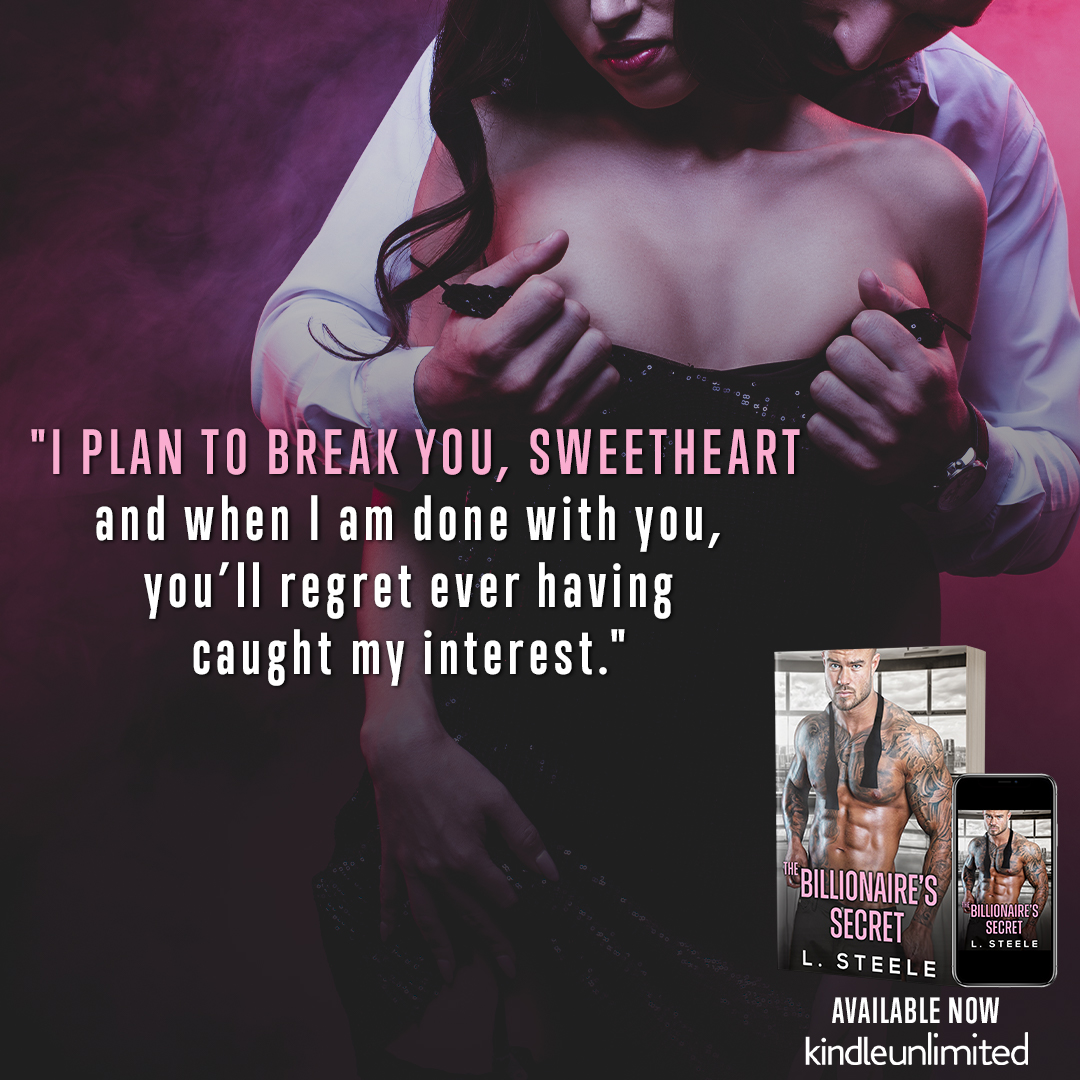 Download today or read for FREE with Kindle Unlimited!
US: https://amzn.to/2F2IHNc
WW: mybook.to/billbabyww 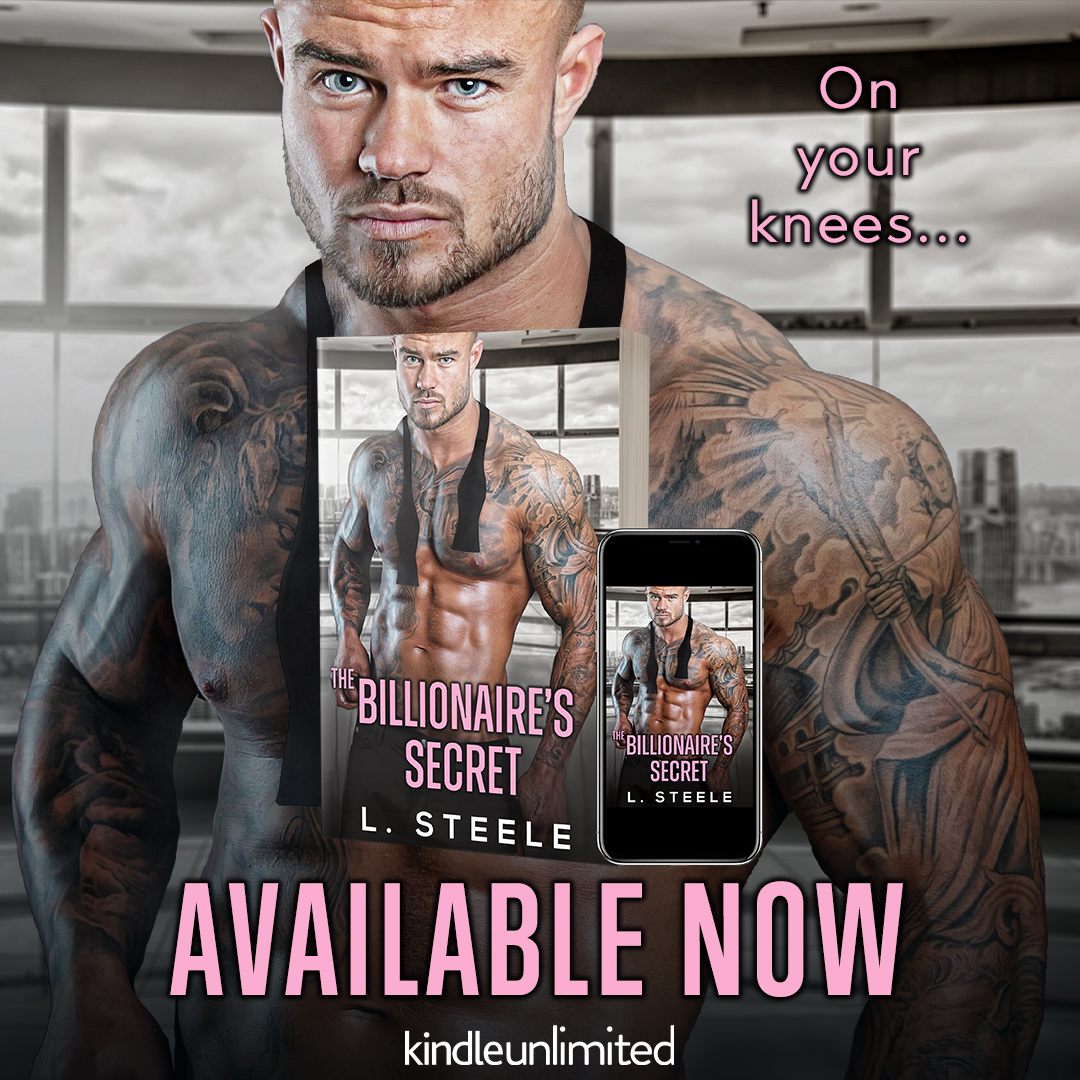 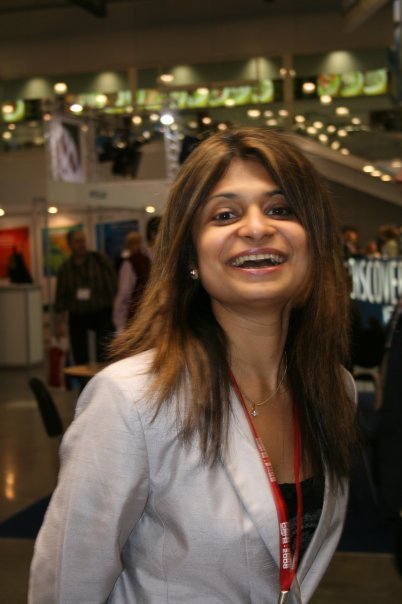 Hello 👋 I’m L. Steele aka Laxmi.
I love to take down alphaholes. I write romance stories with douche canoes who meet their match in sassy, curvy, spitfire women 🙂 Married to a man who cooks as well as he talks 🙂 I live in London.
Claim your FREE book => https://BookHip.com/ZMLZLG

My review of The Billionaire’s Secret

The Billionaire’s Secret by L. Steele

I felt like I was missing things at the start!

Have you ever gotten the feeling at the beginning of a book that you were missing something and you just can’t get into it after that? I had that experience with this book. It wasn’t a bad story, I just was missing something in the beginning and it never clicked. It was like the relationship between this couple started in the middle and I didn’t like that.

The heroine Victoria (a.k.a. Tory, a.k.a. Gigi), was at the wedding of her supposed husband’s stepdaughter. It seemed like from the start she had already something going on with the Hero, but in fact I think she just met him. Though he said some completely inappropriate things to her for someone he just met, especially someone who was married. She reacted oddly and I just didn’t understand what was going on.

From there the relationship jumped from one completely inappropriate situation to another and even if he was the hottest guy I had ever seen and a billionaire to boot, I can’t see anyone putting up with his crap. So it was a bit unbelievable. A lot times when the Hero is an alphahole, there is something at least that I can hang on to as to why the heroine is attracted to him. For example some hot steamy scenes where he gets her all riled up and you can see the attraction despite his other behavior.

However, even though there were some steamy scenes early on. He kept leaving her hanging and between that and his rude behavior, I just wasn’t feeling him until further on in the book when he started getting nicer. I just kept thinking that if I were her, I wouldn’t bother with him. I would walk out and never see him again. Though in truth she had a reason not to leave, she needed something from him, so I kept reading.

Saint and his friends were actually very funny the way they ragged on each other about women and macho things like boxing and who can beat whom. It definitely got much better when Saint started realizing he had feelings for tory and I ended up liking the story quite a bit.