The Stand-In Boyfriend by Anna B. Doe 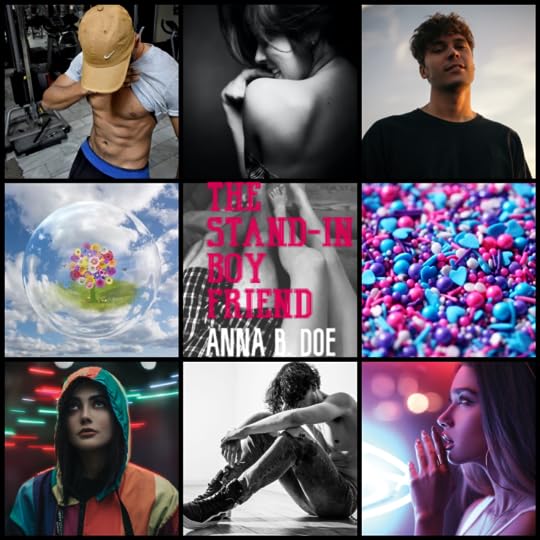 The Hero: Noah – Captain of the football team, he used to have a crush on Evie though Evie was always in love with her best friend and neighbor Liam. Noah dated Evie for a bit and made a mistake by kissing Evie at a party even after she said No. Noah learned his lesson that No means No and Evie forgave him. Noah still feels bad about what happened because he is a good guy.

The heroine: Jessy – On the first day of summer before this school year, Jessy went to a party and found her boyfriend making out with a member of her Cheer squad. Now some of the girls in school are spreading rumors about her wanting her ex boyfriend back and calling her pathetic.

The Love Story: When girls in the hall at school are talking about Jessy behind her back and she overhears them, Noah steps in and rescues her by kissing her. After that they start to “fake” date to keep the gossipers at bay.

I read the previous book, The Penalty Box and I liked Noah in that book. I felt sort of bad for Noah since he had a crush on Evie and she was basically using him to try to get over Liam. However, Noah made a mistake when he was kissing Evie and he didn’t seem to notice that she wanted to stop. Though it definitely didn’t get any further than kissing, it was nice that Noah felt so bad about it and learned early that No means No. So he is now a better person.

I really liked this cute romance, it reminded me of one of my favorite 80’s movies about a fake high school romance, Can’t Buy Me Love.