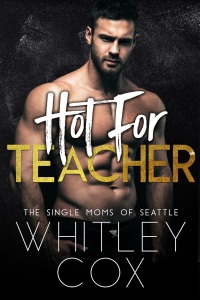 He’s not her teacher anymore, but he can still teach her a few things. Welcome to Seattle, the Emerald City and home to The Single Moms of Seattle. Three sexy single ladies who drink a ton of wine every Saturday night, bitch about life, have each other’s backs, are the ultimate mama bears, and hope to one day, just maybe find love again. This is Celeste’s story … Fifteen years ago, Celeste was eighteen, in love and on the honor roll. Then she got pregnant. Now, a widow and a single mom, she does her best to give her daughter, Sabrina, a good life. But something is missing in her world. Or someone. Back when he taught her math, Celeste didn’t have a crush on Mr. Travis, but that doesn’t mean she’s not hot for teacher now or able to ignore her rampant fantasies. All Max wanted to do was buy was a pair of jeans. However, when he bumped into his former student, Celeste, he ended up with so much more. She’s not a kid anymore and it’s impossible for him to stay away from her. Even when he knows he should. But an angry student is out to wreak havoc for them all. One who hates Sabrina, and wants to cause problems for Max and Celeste. Like love, high school can be a battlefield, only neither of them knew just how dangerous it could be until the scandal explodes like a grenade. Celeste and Sabrina’s relationship hangs precariously in the balance, and Max isn’t sure if he should stay and fight for the woman he’s falling for, or get out of dodge before everything he’s worked so hard for goes up in smoke. **Note: This book can be read as a standalone. It includes lots of steamy scenes, cursing, a sexy alpha male, and of course as with all my books, this has an HEA and no cliffhanger or cheating. If you liked my single dad series, then you’ll love this spin-off trilogy.

“This new series is going to be AWESOME!” – dangrdonna, Amazon Review

“Hot for Teacher definitely lives up to its name with Max ensuring that things are steamy, heated and a little dirty” – Wiley Kate (Kylee), Amazon Review

“Loved Max and Celeste. What a great way to start this series.” – Stephanie, Amazon Review

His nostrils flared and he reached behind and fisted her ponytail causing her eyes to flare. “You’re playing with matches here, Celeste,” he said, struggling to keep his libido in check.  Her throat undulated heavily before her mouth split into a wide grin. “Am I?” Tilting her head back he dipped his mouth to her neck and raked his teeth over the soft, thin creamy skin of her throat. He wasn’t quite sure what had come over him, but he could tell she liked his assertion. Her pulse picked up tempo along her neck and her breathing had begun to escape her mouth in quick pants.  She licked her lips, her eyes bright and challenging. “Are you going to take the matches away from, Mr. Travis? Or are you going to teach me how to start a fire?” She squawked as he flipped her around and pressed her back against his chest. One of his hands pressed against her neck, keeping her head on his shoulder, while the other one splayed across her flat abdomen. “Oh, I can teach,” he whispered against her ear. “I think the greater question here: are you willing to learn?” Her sharp inhale was encouraging.  “Do I need to muzzle you?” he asked, nipping at her earlobe and trailing his tongue down her neck.  “All depends …” “Hmmm …” His fingers against her belly pushed beneath the waistband of her pants until he met with lacy panties. “I can be quiet if I have to be,” she whispered, her chest lifting and dropping with each heavy breath.  “Are you normally?” He inched his fingers lower still over her panties until he found a damp patch. He tapped her clit with his middle finger and she jerked in his arms.  “No. At least I didn’t used to be.” 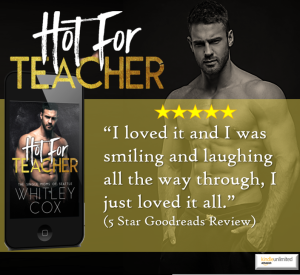 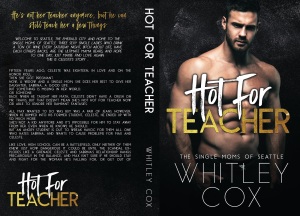