“I loved this book! It was suspenseful, interesting, and kept me on the edge of my seat.” ~5 Star Goodreads Review 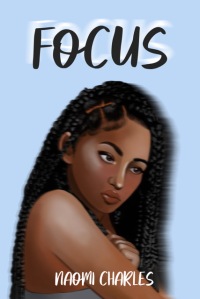 Are our pasts ever really behind us?
We all have a dark past… Nicole Smith’s just happens to involve covering up a murder for her ex-boyfriend, Noah, a couple of years ago.
But that’s all in the past.
At least that’s what she thinks when she moves out for college and meets her cute new neighbor, Jason. But when Noah finds his way back into her life again and Jason will do anything to find out what he’s hiding- she finds herself at a new depth of lies and secrets that she never could have imagined.

I walked up to Noah’s door and opened it with the spare key he had hidden for me. It was almost always unlocked, but this time it wasn’t. Then, it was like time had stopped. It was if my brain couldn’t process the image I was looking at. The only noise that could leave my lips was a gasp. Before I knew it, a hand was pulling me into the house and slamming the door closed. Noah’s white t-shirt was covered in the same thing that was pooling on the floor- blood. Right in the middle of it, his uncle- his father’s brother, Reggie. His lifeless body laid there in the middle of the foyer.
“What the hell happened? What did you do? Is he… is he dead,” I stammered trying to formulate a sentence.
“Nicole,” he just said.
I didn’t answer. I couldn’t. All I could do was look at the scene in front of me. His body laid face down on the floor. The blood made a drastic contrast against the white marble tiles. It was horrific, but I couldn’t look away.
“Nicole, look at me,” he repeated, grabbing my arm this time.
“Is he dead? Answer me right now,” I demanded even though deep down I already knew the answer.
“Yes… Nicole, look at me,” he said.
I slowly turned to him. I was starting to put things together in my head. I could feel goosebumps rise on my arm. My stomach was a mess.
“You killed him,” I asked, taking a step back.
“He is dead,” he said, not answering my question.
“That is not what I asked you! Did you kill him,” I screamed.
“Yes, Nicole! Are you happy now? Yes, I did,” he bellowed back making me take another step back.
I just stared at him for a moment, holding my breath mainly because I was in shock but also to hold back my breakfast that was coming up. How could my Noah do something like this? He was the most gentle guy I knew.
“But why,” I asked, but it came out super small.
“He tried to kill my mother,” his voice shook.
“Oh my God. No. Noah… you,” I tried to make sense of what I wanted to say.
“I need you to go home,” he let out a deep sigh.
“What are you going to do? This is crazy. You have to call someone,” I said, patting my back pocket for my phone.
“No! Are you kidding me? No… stop,” he said jumping toward me and grabbing my phone.
“What are you going to do, Noah? You can’t just… act like this didn’t happen,” I said.
“No. You didn’t see a thing. If they ask… I need you to tell them you weren’t here,” he said sternly.
“Tell who? What? Who is “they”? What are you talking about,” I shook my head trying to get everything to stop spinning for just one moment.
“The cops,” he said.
“You want me to lie? I can’t lie. They’ll know. Oh my God. I will go to jail too. We-,” I began to panic.
“Nicole! Focus! You need to focus. We don’t have time! Please,” Noah shook me with fear in his eyes and voice.
***
I hadn’t realized I was reliving the moment while staring at Noah until he took a step near me. My reflexes made me jump back right into a guy carrying a cup. The drink sloshed out the sides and onto his hand.
“Oh, sorry,” I said. The sound of defeat in my voice matched my mood to a T.
“Uh yeah… don’t worry about it,” the guy sighed before walking away.
I turned to look at Noah who just watched. He was still just looking at me. His eyes were sad. It was as if they were able to see my thoughts and couldn’t help but feel bad for me. It made me beyond uncomfortable. I didn’t want his pity.
“I’m sorry. I don’t know what to say,” Noah finally said.
He was right. There was nothing left to say. What could he say? Sorry for screwing you up? Sorry for the nightmares that you have way too many times to admit? There was nothing he could do to fix this; to fix me.
“There isn’t anything else to say, Noah,” I said before walking away.
Did I mention I hate surprises?

Naomi Charles is the author of Focus. She was born, raised, and still resides in New York City. When Naomi isn’t writing she is working on her Master’s Degree in Speech-Language Pathology. She enjoys spending time with her family and friends, listening to a good audiobook, traveling, and getting too emotional over a sappy movie that she has already seen a bunch of times.