The Blood King by Abigail Owen

Even better than The Rogue King!

When I read The Rogue King a year ago, I think it was my first dragon shifter book. I really enjoyed it because it wasn’t just a story about a shifter and his mate, it was more of an urban fantasy about the entire kingdom and the struggles both of them had gone through and were going through. This book furthered the storylines started in the first book and there was a ton of chemistry between the couple involved.

In the first book, the The Rogue King was Brand Asterot, who ran from the Gold Kingdom and became a rogue dragon shifter when his family was murdered in order to put sympathizers to the Red King on the Throne. Though Brand is the rightful heir to the Gold Throne, dragons don’t trust Rogues. Though Brand was friends with the Blue King (who recently took that throne back from the Red King sympathizer).

In order to cement his place on the throne, the Blue King asked Brand to find him a Phoenix because legend says that if a Dragon King mates with a Phoenix and doesn’t burn to ash, he is the High King. Currently the Red King is the High King, and he stole that power when he murdered the former High King and his Phoenix Mate. The Red King tried to murder their daughter at the time but she got away, though not before he murdered her mate, the White King. Though their bond hadn’t fully formed so she didn’t die when her mate did.

She hid away and had quadruplets, which is unheard of for a Phoenix. In the past Phoenix births have only been single births and daughters, but this time there were four daughters. Years later the Red King tracked her down and killed her but as she was dying she teleported to her girls and sent them each to a different safe place. None of them know if they are the Phoenix or if more than one of them is.

When The Rogue King found the oldest daughter Kasia Amon, they discovered they were mates and so he couldn’t give her to the Blue King as he had promised. I won’t go further into the first book, but to say that the second daughter, Skylar Amon finds out that her sister is mated to a dragon shifter king and figures that it must be under duress. So she leaves the place she was hiding and goes to the mountain where the Blue Dragons live to save her.

This is where Skylar meets the Blue King, Ladon Ormarr, and he immediately claims her for himself. Though she rejects that just as quickly. The sparks fly between them from the start. Skylar is tough, she is a skilled fighter, and she is smart. Ladon is trying to do what is right for his people and trying to defeat the tyranny of the Red King. This book is exiting, the character development is terrific, the romance moves along at a great pace and it just hits all those good points in a book that I just really enjoy! The next book sounds even better. Forbidden love between the third sister and the Black King’s top enforcer/advisor. 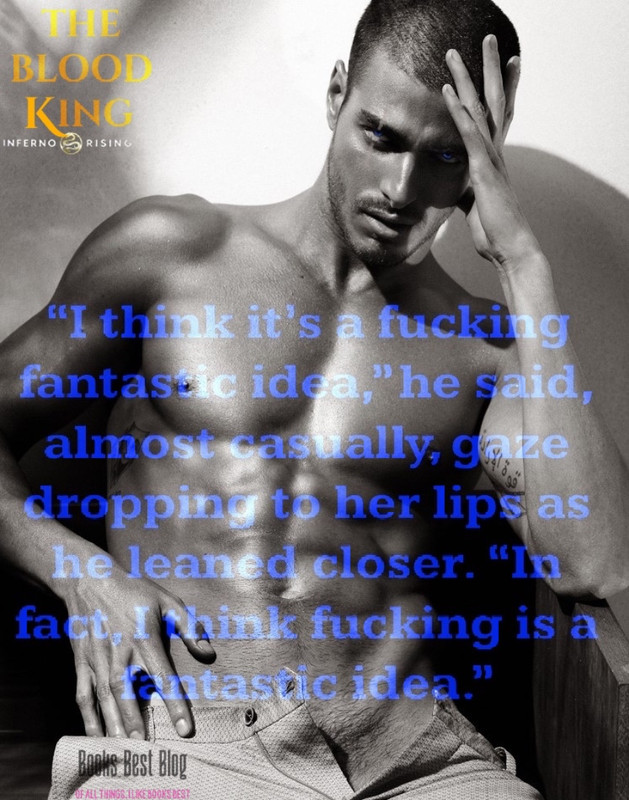