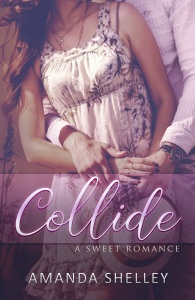 Falling head over heels was the last thing I expected.

Coffee is everywhere – and more than my ego is bruised.

When the handsome stranger I plowed into calls me by name, mortification sinks in.

He rushes off to class. I run home to change, hoping to forget the whole incident.

If only I could be so lucky.

I quickly find it’s a small world and Gavin Wallace is completely unavoidable.

Everywhere I turn he’s there. In my classes. Hanging with my friends.

I’ve got his full attention and I have to admit, I like it a lot more than I should. 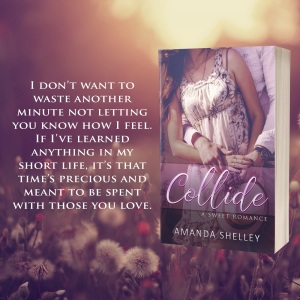 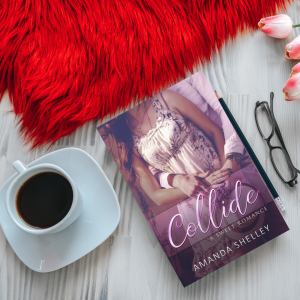 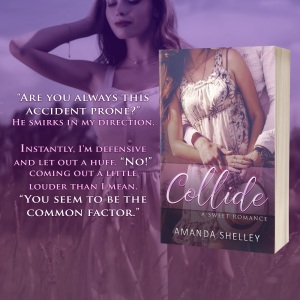 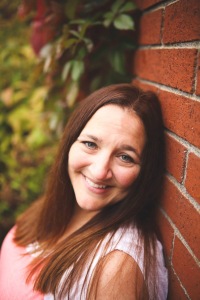 Amanda Shelley loves falling into a book to experience new worlds. As an avid reader and writer, sharing worlds of her own creations is a passion that inspired her to become an author. She writes contemporary romance with characters who are strong and sexy with a touch of sass.

When not writing, Amanda enjoys time with her family, playing chauffeur, chef and being an enthusiastic fan for her children. Keeping up with them keeps her alert and grounded in reality. She enjoys long car rides, chai lattes, and popping her SUV into four-wheel drive for adventures anywhere.

Amanda loves hearing from readers. Be sure to sign up for her newsletter and follow her on social media. Join her reader group: Amanda’s Army of Readers to stay up to date on her latest information!

My Review of Collide

This was a weird one for me. I don’t usually read slow burn romances. Not that I really am into the insta-love romance, but I like the couple to have more than a kiss before 75% of the book is over. Though in this day and age, I think though some people still do wait, either till marriage or at least until a bunch of dates have passed, they still get in pretty deep fairly soon. So I wasn’t surprised that this was a “Clean” romance but I was surprised that it took so long for them to even sleep in the same bed together.

This couple became friends quickly, were attracted to each other and basically lived together for a few weeks while he took care of her, before they even admitted they liked each other romantically. It was even longer before they really kissed. Also the way it was laid out was nearly every conversation she had with her family, friends and love interest.

At first I didn’t know what was going on. I wasn’t sure if it was bad writing or what when the protagonist, Alexis was having these long and inane conversations with a girl in her building, then her sister and her brother that didn’t seem to add anything to the story. But later I found that that was just how the book progressed. It was about her life during her first year of college and everything that was happing to her, or everything she was doing, including meeting Gavin.

I actually began to like that we were seeing everything. This included when she was running and collided with him, which she was completely embarrassed about. It included her having feelings when she was around him that she couldn’t explain and when she was hit by a car right in front of him and wakes up later in the hospital with him at her side.

I enjoyed reading about the “getting to know you” period in their relationship. Alex isn’t the type of girl to sleep with someone she just met or even just started dating and Gavin is the ultimate Gentleman. I want a man just like him. He is tall, hot, he cooks and cleans, he is smart and athletic, and really cares. What more could you ask for? 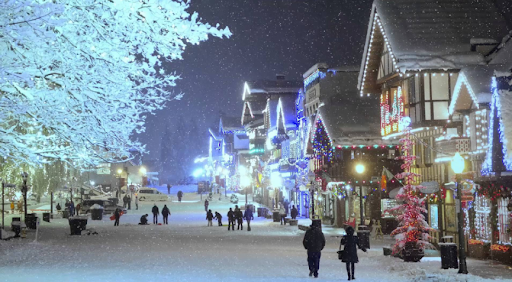 If there is one thing I could say that bothered me it was that some of the adjectives or sayings used to describe people or things were used too many times. I mean you can say basically the same thing using different words. Like how Alex “breathed in his delicious musky scent”. I don’t know how many times I read about his musky scent and how she became “unhinged” when he was around. I guess just different words to say those things wouldn’t make it sound like it was repeated as often.