The Gilded Wolves by Roshani Chokshi

Nice fantasy epic with a touch of romance! 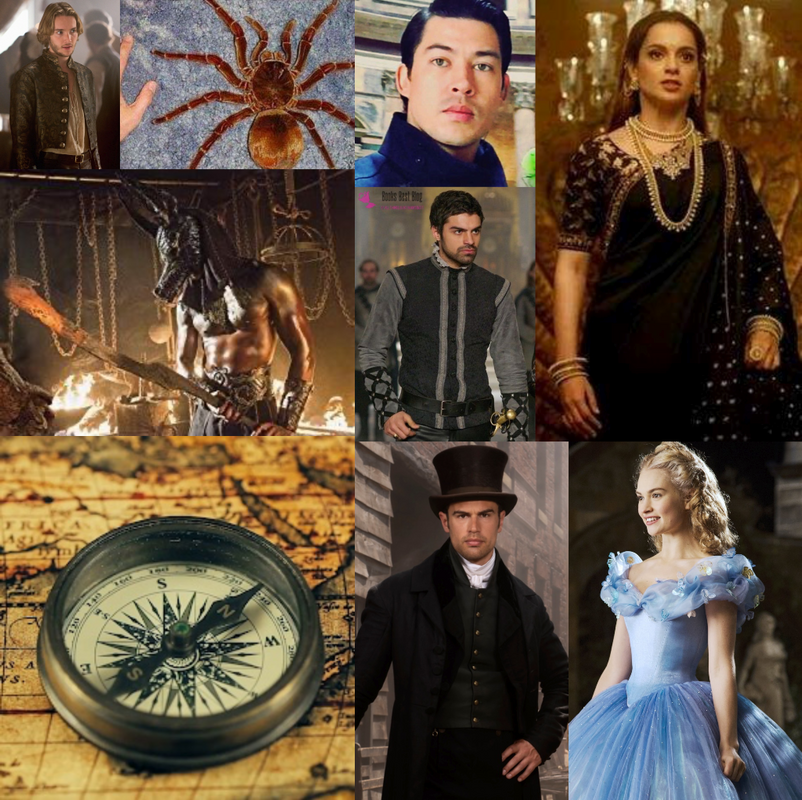 I liked this book but didn’t love it. With this book I liked the characters more than I like the story, that isn’t to say the story is bad, I gave it 4 stars. I just found it hard to get into the story at first and I missed things so I had to go back and see if they were explained in the earlier pages. The character development was very nice, the world building worked for me, especially the detailed descriptions of the hotel where most of the main characters live and the catacombs below Paris.

The book takes place in France, 100 years after the French Revolution and during the timeframe of the book, the Exposition Universelle (1889 World’s Fair ) is going on in Paris. There were 4 ruling Houses in the Order of Babel in France until one house fell and another House’s line died out without an heir. Each house has a ring for the Patriarch or Matriarch of the family. The ring is their source of power and they wear it at all times.

The rings get power from a Fragment of the Tower of Babel which is imbibed with power from God after he tore down the Tower that people tried to build high enough to reach heaven. There is magic but they call it forging. It is more of an art form that certain individuals are born with and it shows up by their thirteenth birthday. The ones who have it each have a certain affinity like working with plants or metals. They can breathe life into inanimate objects.

Séverin: He is the main character, owns L’Eden hotel and is a biracial young man who is the last of the Line of House Vanth. After the deaths of his family when he was young, The Order performs a test to verify he is a blood relation to the previous patriarch and the line. The test was rigged to fail and Séverin was stripped of his title, ring and place in the Order. Up till that point, Séverin was brought up with the other families, so he called these people Aunts and Uncles until the day they turned on him, they cast him out. From then on he grew up in foster care with 7 different fathers who worked for the order. Séverin named them after the seven deadly sins.

Tristan: He grew up in foster care with Séverin and had the same foster fathers. Séverin protected Tristan and promised he always would, they are like brothers. Tristen is now sixteen years old.
He has a forging affinity for growing things and he creates the most sought after gardens in Paris. He has a pet Tarantula named Goliath. Nobody likes Goliath.

“Honestly,” muttered Enrique as he hoisted himself down. “Why can’t Goliath be on a leash? He’s nearly the size of a cat.”
“I can hear you,” scolded Tristan.
“Good. Start thinking about tarantula leashes.”

Laila: She bakes, she dances, she is a clairvoyant (which is not a forging affinity that is common). When she touches an object she can see everything about it and the people that touched it. Laila doesn’t know what she is. so she is searching for an ancient book that might have the answers. She hooked up with Séverin because they can help each other. He is looking to get back everything that was taken from him and she is looking for the book to find out about herself.

Zophia: She could be slightly autistic but is also a math savant. She doesn’t really like to be touched and she has a forging affinity for Metals. She counts things and does math problems when she gets nervous. Séverin found her on the streets after she was kicked out of her school.

Enrique: He is a member of an illustrious group of European educated Filipino’s and he dreams of being in the inner circle. He, like the others above all live a L’Eden hotel. Enrique is bisexual and doesn’t have a forging affinity but is a vital member of the group.

Hypnos: He is a Patriarch of the Order who blackmails the group of characters above to helping him get an artifact that he needs. Séverin and Hypnos grew up in the same way and were best friends until Séverin was banished from the Order. Hypnos is funny, bisexual and also probably only blackmailing them because he is lonely and wants someone to hang out with.

One thing I found was that I had made assumptions on some things and later found my assumptions were incorrect. For example, I thought some of the characters were much older than they turned out to be. Since the book described Séverin as the owner of a Luxury Hotel and we see him performing heists, I guess I just assumed he was at least in his thirties. But he has flashbacks to his time in foster care and describes Tristan as his brother. Tristan is only sixteen now, so if Séverin protected him and went through all those fathers with him, I figure Séverin is anywhere from 19-22 years old.

After figuring that out, I started picturing Laila as younger as well. Since she is cooking and baking a lot and takes care of everyone in the group, I initially thought she was older as well. However, there is a bidding romance between Laila and Séverin. They were intimate once but decided it was a mistake since they both have to focus on their goals. Now they each think about that night and give each other looks full of longing. It is pretty cute actually.