Notorious. Gorgeous. Deadly.
Three words to describe the two men who snatched me away.
Twins with an unbreakable bond – formed long before they were born, forged into steel by their violent, crime-riddled childhood.
Cole, the brains. Cillian, the brawn.
Textbook.
Everyone claims they know the Hendry twins. Everyone has a story about them, a connection with them, a made-up insight into their lives.
But I know the truth.
I know one runs as cold as ice and the other hotter than a lit firework.
I know one feels too much, while the other feels nothing at all.
Each as psychotic as they are beautiful.
But only one of them has the power to break my heart.
In some stories, the princess gets stolen away for marriage.
For ransom.
For land.
In this story, the princess is stolen to become a puppet.
The marriage, ransom and land were just unintended consequences.
And in this story, the puppet will destroy the princes, the queen, and anyone else who stands in her way.
Fearless is a dark mafia captive romance. This book is intended for mature audiences and contains content some readers may find triggering. This is the first book in a series, so mind the cliff. No cheating. HEA guaranteed.

My name is Esme Devlin and I’m a Scottish author who writes books about filthy, complicated, alpha-arsehole men, and the women who fall in love with them. I grew up on a rough estate on the outskirts of Glasgow, where the weekends were spent in a park drinking tonic with boys who I should have known better than to trust. Now I spend my mornings raising my own little ‘toe-rag’ girls, and my days on a building site; knee-deep in mud and sometimes waist-high in Scottish wet weather. We can pretend that the tradesmen on my site wear kilts and the weather is frequently warm enough for naked chests if helps you build a better picture in your mind. I’m easy. My nights are my passion though. I spend those with my face in a laptop, frantically bringing to life the men who play games in my head. I have ALWAYS fallen in love with the villain of the story, even before I was old enough to realise that made me slightly less than normal. I’ve always been drawn to the dark. Things are more interesting there, where you can’t always see what’s hiding in the shadows. With that said, welcome to my world! I hope you stick around for the ride. I can’t promise there will always be kilts, but there will be sexy villains.

My Review of Fearless 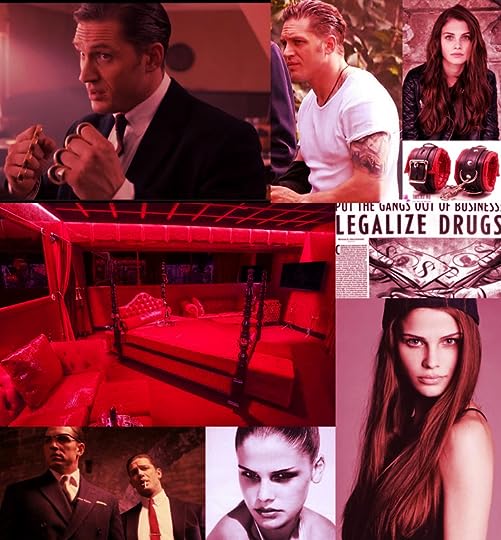 This was a pretty standard romance trope, the mafia/gangster captive romance. Though there are a few twists, one of which is that the gangsters are twins and polar opposites. No this is not a ménage book, but the twins are both broken in their own ways. One feels all the emotions and the other feels none. Cole is a coke addicted player and he is the idea man and Cillian is the emotionless twin who does most of the work at their club and takes care of the drug shipments.

The book takes place in Scotland and First Minister Ford is planning to pass a bill that would legalize drugs in Scotland. This is death to the business of drug dealers because it means drugs would be taxed by the government and have to go through legalized measures. People wouldn’t be going to drug dealers for their product if it is being manufactured and/or sold by factories and pharmaceutical companies.

The Hendry twins own a nightclub which does well, but is basically just used to clean the money from their drug business. So Cole comes up with a plan for Cillian to lure the First Minister’s daughter Meisie to the club and use her against her Mother to force the First Minister to vote against the bill. Cillian has been messaging Meisie through a dating app. Though since she passed on his profile, he had to set up one as a Justin Bieber lookalike and he has told her he is a bartender at the club he and his brother own.

“Now I just need to make a girl who came here looking for Justin Bieber want to go home with a six-foot-six, two-hundred and forty-pound reprobate, who’s at least ten years older than her.”

Remember that Cillian has no empathy and doesn’t feel emotions (while Cole feels too much). However, Cole is actually the darker of the two, he is an addict and he usually gets all the girls. Cole comes up with more ideas of how to use her against her mother. Cillian can’t figure Meisie out and he is attracted to her. He starts to feel a bit protective of her.

I don’t want to give anything more away, but to say that I really like Cillian. He is pretty awesome for a guy without empathy. Also just because he doesn’t feel emotions doesn’t mean he is a psychopath. He has his own code of ethics and I liked the way he treated Meisie.

As for Meisie, I liked her but she is a bit out there. She is young and has had some bad experiences so she thinks she wants to do one thing and changes her mind when things don’t go exactly as she expects. Also she hears the voice of her psychiatrist in her head all the time, which is pretty funny.

I wish the next book was out already because this one ended with quite a steamy cliffhanger. I loved that last scene and want more.