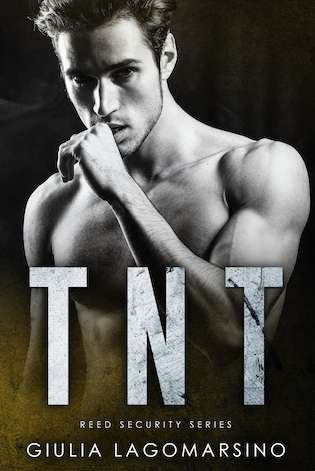 TNT is book 23 in the Reed Security series and it is suggested they be read in order.TonyAfter walking into my girlfriend’s house and finding her murdered, I’m really struggling to get back to normal. Everyone’s looking at me like I’m damaged, but they don’t know the truth. And when they find out, they’ll never look at me the same again. But a one night stand changes everything. Suddenly, everyone at Reed Security is trying to set me up with this crazy woman that can’t cook, shows up at my work, and call me at all hours of the night. I don’t want to hurt her, because she’s so nice, but how long is a man supposed to go along with a crazy person that thinks there’s a relationship where there isn’t one?MollyAfter meeting Tony at The Pub one night, I know without a doubt that he’s the man for me. He’s everything I’ve been waiting for, and I’m not going to let this opportunity slip through my fingers. I know that he’s slightly damaged and dealing with a lot, but with a little encouragement from Tony’s teammates, I refuse to let him push me away. I have a whole arsenal of tips and tricks that my momma taught me, and with the help of my best friend, there’s no way I’ll fail. Now I just have to make Tony see that what we have is forever.

She tilted her head, all cute like and looked at me in confusion. “What do you mean?”

“Us…whatever this is. It’s not going to work. You’re nice and all, but it’s just not working.”

I waited for the tears and the drop of her face. I braced myself for the yelling and name-calling. But no matter how much I steeled myself for her reaction, I just wasn’t ready for what she actually said.

“I’m sticking some in the toaster. Want some?”

I blinked several times, shook my head, and even slapped my own face, but nothing changed. She was still standing in front of me, asking me if I wanted fucking pop tarts after I just broke up with her. She actually refused to break up with me. Could that really happen? Did I not get a say in this? And if so, was I destined to just be with her the rest of my life? I’d never been in this position before. I’d never had a woman refuse to let me break up with her. What was the protocol for this? Did I just go along with it? Maybe I should just not return her calls. Of course, that hadn’t really worked so far. She always showed up, with food.

“Honey?” She quirked her head to the side and smiled sweetly at me. “Pop tarts?”

Shaking my head, I tried again. “I’m serious, Molly. I’m breaking up with you. I don’t want to be with you anymore. It’s been fun, but let’s just end this now.”

“I hear you. I really do, and while I think you make some not very valid points, I’m going to pretend like what you said makes total sense. But we’re not breaking up. You’re just freaking out and you want to end this before it gets too real. I get it, but we’re still not breaking up.”

And with that, she turned around and left the room. I stared at the floor, trying to figure out what to do next. How the fuck had this happened? Was I being too sweet? I mean, I was never too sweet. I was never that guy that women felt they could walk all over. Yet, here I was, standing alone in my pretend girlfriend’s bedroom as she walked out after telling me we were not breaking up.

This was not happening. She couldn’t make me stay with her. She couldn’t force me to date her. I wasn’t some chump. I was Tony-fucking-Tacos. I groaned and rolled my eyes at myself. I was not Tony Tacos. I was something much cooler. I wasn’t even Mexican, and if I was honest with myself, I didn’t even like tacos all that much. Not that I would tell Molly that. She had been really sweet yesterday, bringing me food at work because she thought tacos were my favorite.

I cursed myself for thinking of her as sweet when I was trying to break up with her. Damnit, I would not be forced to date a woman that I really liked. Fuck, I was screwed. I marched into the kitchen and slapped my hand down on the countertop.

“Listen, Molly, this is over between us. I’m not going to let you tell me that we’re not breaking up, because we are so breaking up. I’m walking out that door and you will not follow me. You will not bring me food at work, and you will not call me later tonight to ask where I am. Do you know why?”

She smiled at me. “Because you think we’re breaking up.”

“Yes. No!” I shouted. “I don’t think we’re breaking up. We are in actuality breaking up. It’s for sure. Not a possibility or a probability. We are one hundred percent broken up, as of right now,” I said, punctuating the statement by punching the counter with my pointer finger.

She nodded, her eyes wide with a very serious expression on her face. “I hear you. I want you to know that I really do hear you, but it’s just not possible for us to break up. We have that dinner with Momma and Daddy tomorrow, and they already planned dinner. Momma did all her shopping and got everything we could possibly need for your favorite dinner.”

“What dinner?” I asked hesitantly.

“Fucking hell,” I said, throwing my hands up in the air. “I’m not even fucking Mexican!” 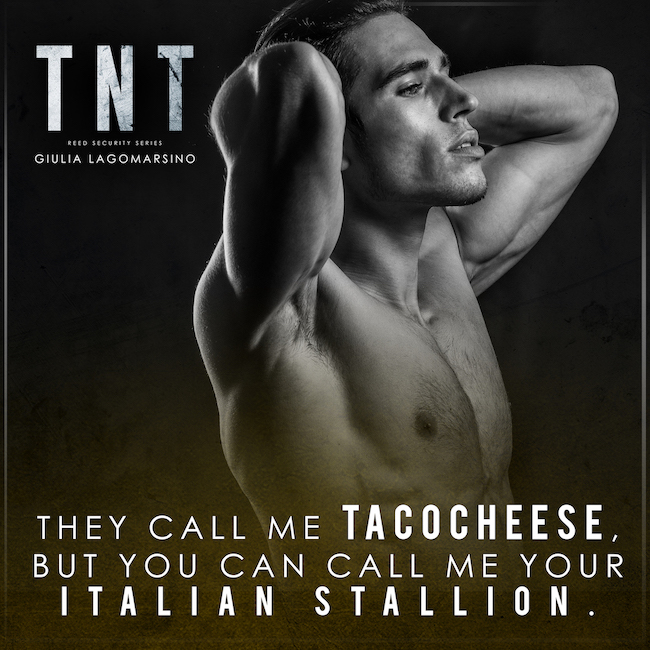 My review of TNT

Why do the guys at Reed Security always make fun of Tony Tacos? 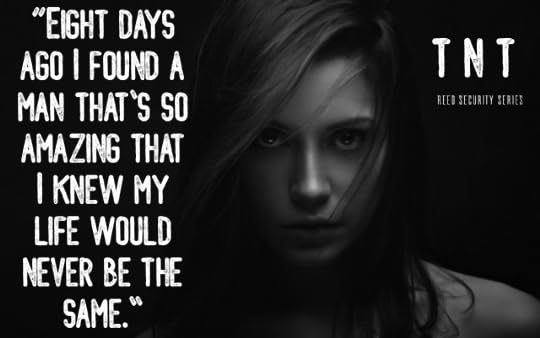 I have read a few of these Reed Security books now and have been really enjoying them. I plan to go back to the beginning and read the entire series. I like the guys, their wives and girlfriends, the camaraderie they have, the jokes they play on each other. The fact that the few that are still single can’t figure out how the married ones have basically changed from tough military men into women who binge watch TV and talk about it in the office.

I like the nicknames they give each other like Tony Tacos, or taco cheese, or whatever they seem to call him on any given day despite the fact that he is Italian not Mexican. But Caps wife met him while he was working at Taco Bell after he came home from the Middle East so he got the name Tony Tacos and it stuck. He hates it, since other people have better nicknames like Rocco, Sinner, Storm and Hunter.

Tony is trying to get over the guilt he feels over the death of Delaney, the girl he was seeing. Though both he and Delaney knew the relationship wasn’t going anywhere, they were having fun for a while. A friends with benefits situation, really. However, since she was murdered he feels guilty for not protecting her and everyone else is misconstruing his feelings of guilt by thinking he was in love with her and is mourning her.

He goes out to drown his sorrows and ends up going home with some woman he met at the bar. Though he hightailed it out of her apartment in the morning. The woman, Molly is certain they made a love connection and that she is now Tony’s girlfriend. She shows up at Reed Security with lunch for him and though Tony is away at training exercises, Cap is only too happy to show her around. It turns out Molly is the worst cook ever and Tony can’t get rid of her, she keeps showing up. Especially when his co-workers start conspiring against him.

I really liked a lot of the plot in this one. There were some hysterical moments and Molly was so naïve and oblivious but so cute at the same time it was hard not to like her. Though I can see how she would drive someone crazy it would also be their own fault for trying to save her feelings and not just telling her the truth, like about how bad her cooking is. They keep eating it instead of just telling her to stop cooking.

Anyway it is kind of funny how they just let the psycho stalker woman come back over and over again and keep setting Tony up, but she is really harmless. Also just because she is cute and naïve doesn’t mean that the romance isn’t smoking hot. It takes quite a funny turn but because of it it gets quite steamy very quickly. The romance between Tony and Molly is both hot and sweet. I really enjoyed both sides. 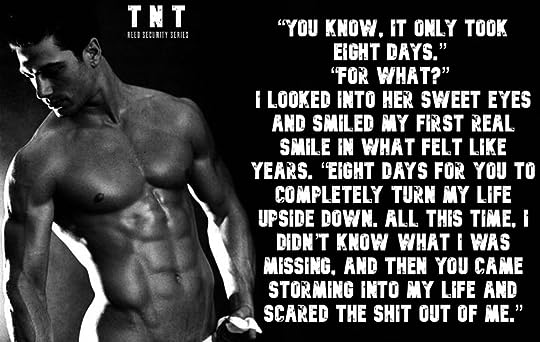 I will definitely keep reading more of these books and I still plan to go back to the start of the series! They have wonderful plots, terrific supporting characters, great humor and hot romance.