JA Huss is the New York Times Bestselling author of 321 and has been on the USA Today Bestseller’s list 21 times in the past five years. She writes characters with heart, plots with twists, and perfect endings.
Her new sexy sci-fi romance and paranormal romance pen name is KC Cross and she writes novels and teleplays collaboratively with actor and screenwriter, Johnathan McClain.
Her books have sold millions of copies all over the world, the audio version of her semi-autobiographical book, Eighteen, was nominated for a Voice Arts Award and an Audie Award in 2016 and 2017 respectively. Her audiobook, Mr. Perfect, was nominated for a Voice Arts Award in 2017. Her audiobook, Taking Turns, was nominated for an Audie Award in 2018. Five of her books were optioned for a TV series by MGM television in 2018. And her book, Total Exposure, was nominated for a RITA Award in 2019.
She lives on a ranch in Central Colorado with her family.
AUTHOR LINKS Bookbub➜ http://bit.ly/1SW2AB0
Instagram➜ http://bit.ly/350gUF5
Website➜ https://www.jahuss.com
Amazon➜ https://amzn.to/2uO4NgR
Audible➜ https://smarturl.it/p994eo
KOBO➜ https://smarturl.it/5x6hyy
Nook➜ https://smarturl.it/4kw1ur
Facebook➜ http://on.fb.me/PPpkr3
FB Fan Group➜ http://bit.ly/3697FlW
Twitter➜ https://twitter.com/JAHuss
JA Huss Secret Stuff Alert➜ https://wp.me/P2C2YB-25z

This was not your traditional romance!

This book was very different than any romance I have read before. It centered around Tony Dumas, one of the brothers-in-law of Jesse Boston (the original bossy brother). Tony is in Colorado on orders from his older brother Alonzo to figure out what is going on with the dirty FBI agents they have been working with and to see if those agents are planning anything. Like upping stakes and leaving them holding the bag for the smuggling that they have been doing in Key West.

However, Tony can’t get his mind off Rosalie (now known as Belinda Baker) since Tony got rid of her eight years ago in Key West and had the FBI move her here to Colorado “for her own safety” as a protected witness when she saw them smuggling one night. Since “Rosalinda” as Tony refers to Rosalie/Belinda came down to Key West a few months ago with her friend Tara and burst into his life again, he hasn’t been able to think or sleep.

Tony knows he had a crazy relationship with Rosalie in the past and they had some strange kinks which he hasn’t had with anyone else and is happy about. Tony just can’t figure out why he was able to throw her away before and not think about her for eight years while now he can’t seem to stop.

Belinda hates Tony for blowing up her life and sending her off to Colorado with nothing to live a whole new life with a new name, new job and basically become a new person all alone, without her family or anything familiar. Eight years later, she has become Belinda and likes her life and friends, though she feels like she is losing her best friend Vann Vaughn because Vann loves her and she doesn’t feel the same.

While Tony is hiding out in town and stalking Belinda, he meets saucy redhead Soshee Ameci who lives in the apartment above where he is staying and works at the Italian restaurant Ameci’s. It turns out they have a lot in common since Soshee is stalking Vann and has had a huge crush on him for years. So Tony and Soshee start talking and stalking together. Once Vann and Belinda see them together, Tony and Soshee come up with a plan to each get what they want.

This is quite a crazy ride and almost a comedy of errors. But really it is about two couples finding love and finding what they need to get over things that happened in the past. Also there is still the mystery of the FBI and why all the witnesses in the town all seem to be somehow part of the same conspiracy or related in some way.

Just like how Tara ended up being best friends with Belinda (both witnesses in Fort Collins, Colorado) in the Alonzo book and they both witnessed similar things on different coasts and it turned out that the guy Tara saw smuggling happed to be friends with the Dumas Brothers, the ones Belinda saw smuggling. J.A. Huss does mystery so well! 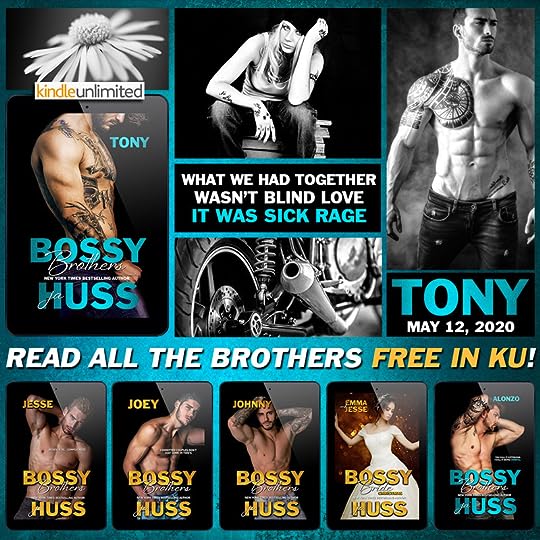 I voluntarily read and reviewed an advanced copy of this book. All thoughts & opinions are my own.