Tragic and twisted fell in love…
Ave Satanas, something wicked this way comes.
It’s time for the reckoning to begin.
Enter the Devil’s Playground wary where you tread, for demons are lurking with trickery up their sleeves.
Here good and bad cease to exist, and not all will make it to the end.
The price of freedom will be revealed only after bloodshed and rapture. A claiming of one and purging of others.
That audio recording played exactly three minutes before the crash.
It was a riddle, a warning, and a promise. But they didn’t know that until it was too late.
Now stranded with two friends and a group of apprehensive strangers, Liliana Serpine must decide who and who not to trust as they navigate their way through hell in the form of an opulent city.
There’s one person who stands out among the others. He’s got a gorgeous face and darkly enigmatic aura. Being drawn to him is inevitable but staying by his side becomes necessary to survive.
When secrets start being revealed in blood, everything changes. From dabbling in the taboo, being tempted by the forbidden, and falling in lust with the carnage.
For those that make it out of this alive, they’ll never be the same people they once were.


Wanna go for a wild ride on the dark side?
If so, this is definitely the book for you! 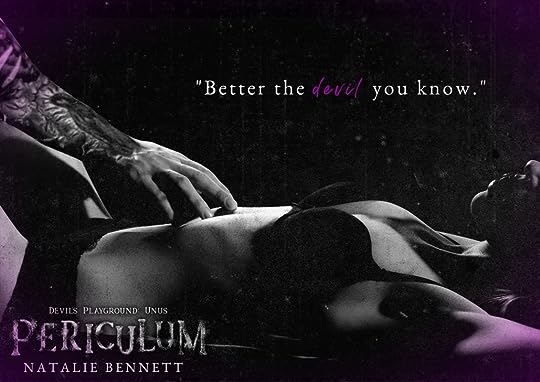 The two main characters are both a bit psychotic in their own ways but not nearly as psychotic as the people running the show. And by that, I mean the people who have them trapped in this crazy abandoned city in the middle of a Mexican forest off the beaten path when the shuttle bus to the airport gets misrouted due to a closed road.

Liliana or Lana as her friends call her was on a last vacation with her friends drowning their sorrows because after they go home they will have to start towing the line for their wealthy families and being the nice uptight daughters who are all about improving the family name and status. When they get on the bus they encounter four hot arrogant guys with tattoos, muscles and attitude to spare.

Once the bus crashes things go from bad to worse as they are directed through the gates of the city and into the Devils Playground and put through their paces by a motley crew of psychopaths bent on killing them off in the most inventive ways. They have to solve riddles, go through mazes and obstacle courses, figure out maps, and other things.

Meanwhile Liliana is being helped along by the leader of the hotties, named Ciaran who seems to know her but won’t tell her from where. His friends are helping her friends and she doesn’t know if she can trust him. Ciaran is definitely a bit crazy but then so is Lana. Both of them are not affected by the people dying around them. The romance between them is steamy and the action in this book is super crazy. The ending is unbelievable and I can’t wait to get my hands on more.