Becky is life. She’s the sunshine that lights up my world. But for some reason, I just can’t seem to fully commit. Everything in my head is screwing with me, and if I don’t figure it out soon, I’ll lose her. And to make matters worse, my sweet angel of a daughter has turned into a rebellious seventeen year old that is doing everything in her power to kill me. Something’s gotta give or I’m going to lose everything I’ve fought for in my life.

Coop has always been a mystery, but he was my mystery. Now, though, I can’t take any more. I want him, but I want all of him. If he can’t let me in, I can’t stick around. I need the whole man, not just the pieces he’s willing to give me. But even if I get him, can I hold onto him? He’s the one thing I want most in this world, but I have a feeling that things aren’t going to go my way. 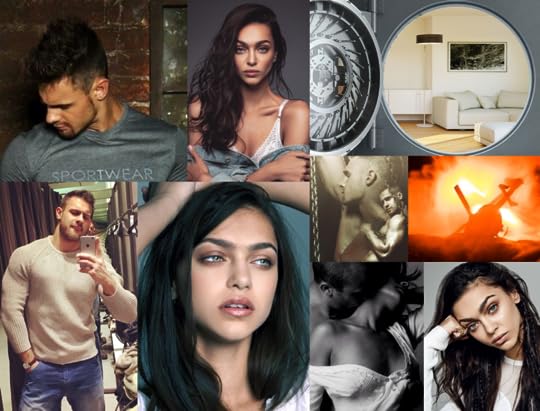 This book was amazingly good. The first half was funny and heartwarming and absolutely hilarious at times. I just loved the camaraderie between the guys at Reed Security. The ribbing they give each other, the names they call each other and the inside jokes they all have. I love books like this, it makes you feel like you are watching an episode of friends in a way, like you are hanging out with a bunch of old friends that are just fun to be with.

This book though was not all fun and games, I think that is one think that Giulia Lagomarsino is really good at. She can inject hilarity into a book that has some great action, serious themes, steamy romance and even crazy psychotic things going on. This book had a bit of everything and not one part of it was any less for the addition of another. I loved it all.

I gave the last book, Rocco five stars and thought that one was fantastic but this one was even better. If I could give it more stars I would. It is funnier than ever how these big tough men who don’t want to get p*ssy whipped like their fallen comrades keep going down one after another. They tease each other about losing their man cards but each book has one more guy going down the same path.

This book is about Daniel “Coop” Cooper and Becky Harding who have been dating for a while. Becky used to work for Reed Security but recently quit and decided to get some space from being around Coop 24/7. They are still dating be she is starting to get fed up with the fact that the relationship isn’t moving forward.

Coop won’t open up and let her in. He was in an accident during his time in the military and was burned on his back and legs and part of his arm. He doesn’t take his clothes off when they are intimate at doesn’t want Becky to touch him, he doesn’t even look at her during the act. There are quite a few issues they have to work out within their relationship.

Coop also has a seventeen year old daughter, Kayla who is acting up. She grew up while they were on the run from a psychopath and they currently live on the Reed Security compound and stay in the panic room at night. Coop is still very paranoid even though Adams, the psycho they were running from is dead and gone. Kayla just wants to be a normal teenager and have friends and a boyfriend and hang out but instead Coop keeps her basically barricaded in the compound for her own safety. So she has been rebelling by sneaking out whenever she can.

There are quite a few different storylines in this book and all the feels from humor to heartbreak from outrageous happiness to overwhelming guilt and more than one bloodbaths in the mix so be prepared and there are a few tiggers as well so be warned. But it is quite a ride and I plan to go back and get to all the Reed Security books I haven’t read yet, beginning at book one since this is now one of my favorite series! 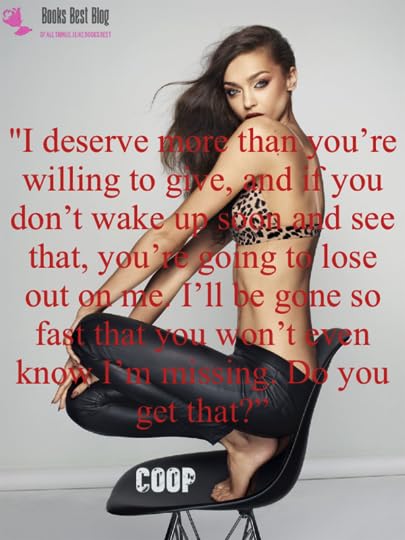