When He’s Dark by Suzanne Wright

The Olympus Pride starts off with a smoking hot winner!

Suzanne Wright is back and at her best with this one! It has all the Danger, mystery, passion and humor of some of the earlier Phoenix pack books. I really enjoyed this book, there was a feeling of newness even though some of the well known characters made cameos in this book. It certainly was no about them at all. It was completely Olympus Pride and they didn’t even call on the Mercury or Phoenix Packs to help them in any sort of war or fight. Those characters only played very minor roles and only appeared a few times very quickly.

The Olympus Pride is mainly Pallas cats and as we know from previous Mercury and Phoenix books, the Pallas cat shifter can be extremely dangerous despite looking like a chubby little house cat. They attack very suddenly and quickly and go for the face and the head. They scratch and bite and don’t let go until flesh, hair and cartilage is shredded.

The Olympus Pride also has some wolverine shifters and some are loners that are close to members of the Olympus Pride. Wolverines are even more dangerous than Pallas cats. They can withstand nearly anything, even bullets if they get to a healer soon enough and they have long sharp claws that can shred flesh and teeth that can chew through bone. 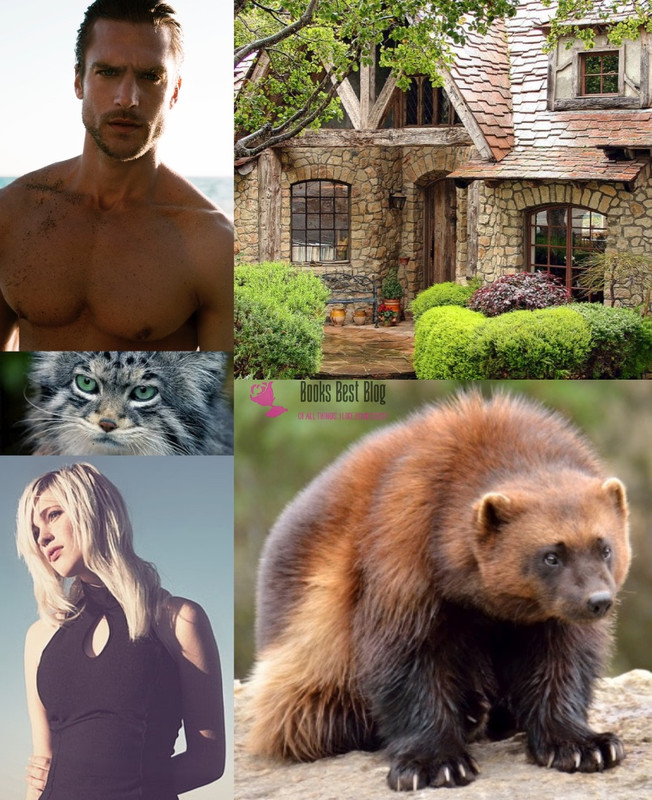 This story is about one of the Omegas of the Olympus Pride, by the name of Bree. The Omegas are sort of like the psychologists of the shifter community and there is always a Primary Omega and one or many Omegas under the Primary. The Primary is always the one with the strongest Omega powers. Even though Bree’s power’s grew very fast and now she can do more than her Primary Dani, she doesn’t want the job of Omega. She just wants things to stay as they are.

Bree met her true mate when she was five years old, but she knew right away that Paxton wasn’t right. She already had some of her Omega powers to feel the emotions of other people and she could tell that he was just empty of all emotion. She knew right away that she didn’t want to be his mate. He didn’t want to be tied down to a mate either and left the Pride. They had heard horrible stories of people he had tortured and killed over the years but all the stories stopped about four years ago, so most people think he is dead.

Bree works at a Jewelry store and has had a crush on her boss Aleksandr Devereaux for years, he is part owner of the store and a Wolverine shifter since his mother is a Wolverine, though his father is a Pallas cat. He is also the cousin of Bree’s fated Mate Paxton. The romance between Alex and Bree in this book is so hot that it doesn’t matter that they aren’t each other’s true mates. I kind of like it that they chose each other.

The mystery of everything that is going on is pretty great as well. I never guessed who was behind everything until it all came out. I almost hate it when authors give the reader too many clues because I like to be surprised for the big reveal, even if you guess and you are correct. Then it is just a guess and it isn’t because it was glaringly obvious due to all the overt clues.

Anyway the book was awesome! The villain(s) also fantastic! The romance absolutely sizzling like bacon on a fire! The humor was great! Watch out for the Russians…