Perfect balance of heat and hilarity! 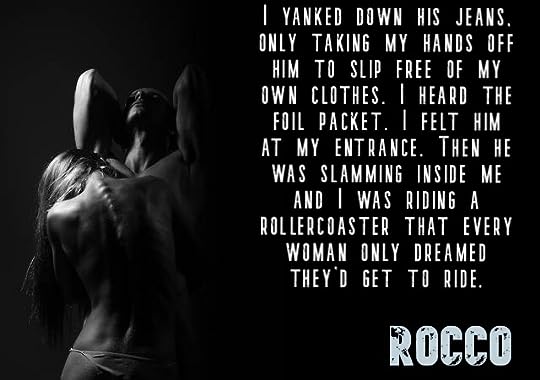 One thing I hate about reading a book like this, #21 in a series, where It is my first time reading anything from this series, is the fact that if I really love it, like I did with this book, then I have another whole big series to add to my TBR. And this book was spectacular. It was super hot and steamy, it had action and drama and I was laughing out loud like every few minutes.

Despite the fact that I hadn’t read any of the previous Reed Security books, I feel that I know quite a few of the guys and their women now after reading this book. I love the good natured ribbing that goes on between the guys. Especially the married ones and the single ones. The jokes they play on each other and the situations the set up for each other and even the way they try to help each other are hilarious. 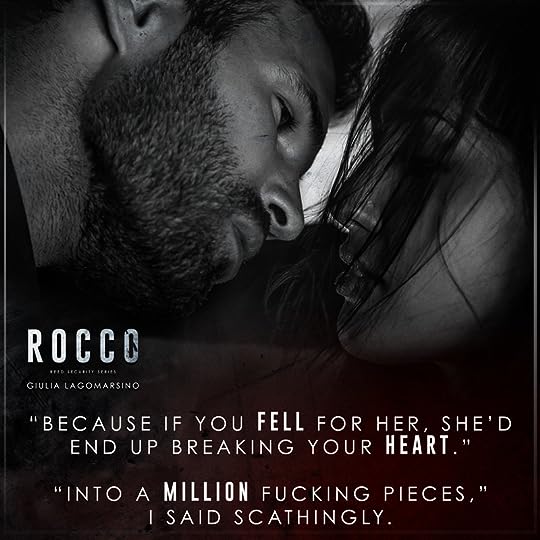 This book was about Rocco, he works for Reed Security and is a single father since he accidentally knocked up a one night stand and after giving birth she dropped the baby off at this front door. Since the time Reed Security was attacked they have put tight security on the base where they all have houses, especially in Rocco’s home around his daughter. Including a panic room high tech security entry to the baby’s room and an armed security robot.

Rocco meets Brooke at a gas station after she has committed a crime against her cheating ex boyfriend and to get away from the cops, Brooke hides in Rocco’s truck. He lets her get his gun away from him and take him hostage because he is attracted to her and wants to get with her, but she thinks he is just a muscle bound gym rat who was easily overpowered. After a few days on the run Rocco shows her how easily he can take his gun back but the cops end up pulling them over and Brooke is arrested.

It turns out that Brooke is best friends with the wife of another member of Reed Security and has met all the guys except Rocco before. Including the owner Sebastian. So in court Sebastian offers the judge to put Brooke up in a house with one of his security force on their property on house arrest rather than have her do jail time. Rocco is selected as that man. Though Rocco has strict rules for the women he is with and Brooke is not the kind of woman to follow rules for long. 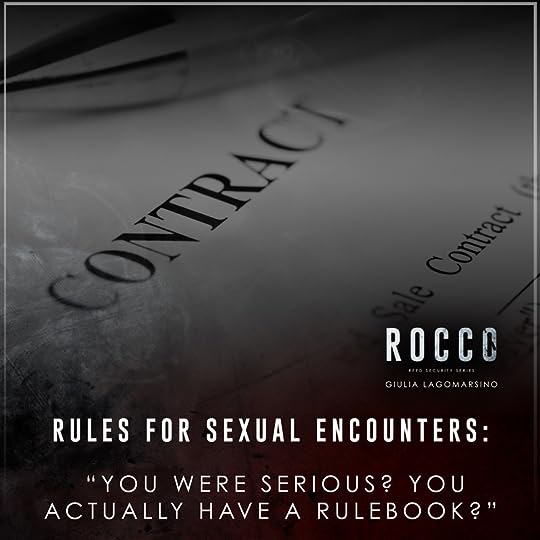 This is all the prime setup for a whole lot of hilarity, fun and the chemistry between these two is sizzling hot! I loved every minute of this book and at some point I want to read all of their stories! Man, I really need to win the lottery so I can quit my day job and read more. And also find some way to go without sleep. Why can’t I be a vampire, they never need to sleep! They don’t even need glasses! I would love to get rid of those things too. I’m cleaning them a million time a day!