I knew this book would be good and it certainly lived up to my expectations. Aiden and Elsa’s story has been quite a roller coaster ride. From the beginning they stared at each other across a school yard and had a connection that couldn’t be ignored. At the end of the last book Jonathan, Aiden’s father had made it a point to destroy what they had, in his quest to get back at Elsa for the sins of her mother.

In addition to Jonathan’s manipulations, which destroy all trust Elsa had in Aiden, there is still a lot Elsa doesn’t know about what happened when they were kids because her memories have been returning to her very slowly. Aiden fears those revelations will turn her against him even more than Jonathan.

Elsa finds herself surrounded by new and different characters in this book, which was a great surprise. I liked that a lot about the book as well as the fact that the rest of the horsemen, Kim and the Elsa’s rival Silver are returned. The relationship between Aiden and Elsa is scorchingly hot and steamy. Their passion is beautiful, all consuming, and violent at times. It’s like they can’t control themselves and can’t get enough of one another. 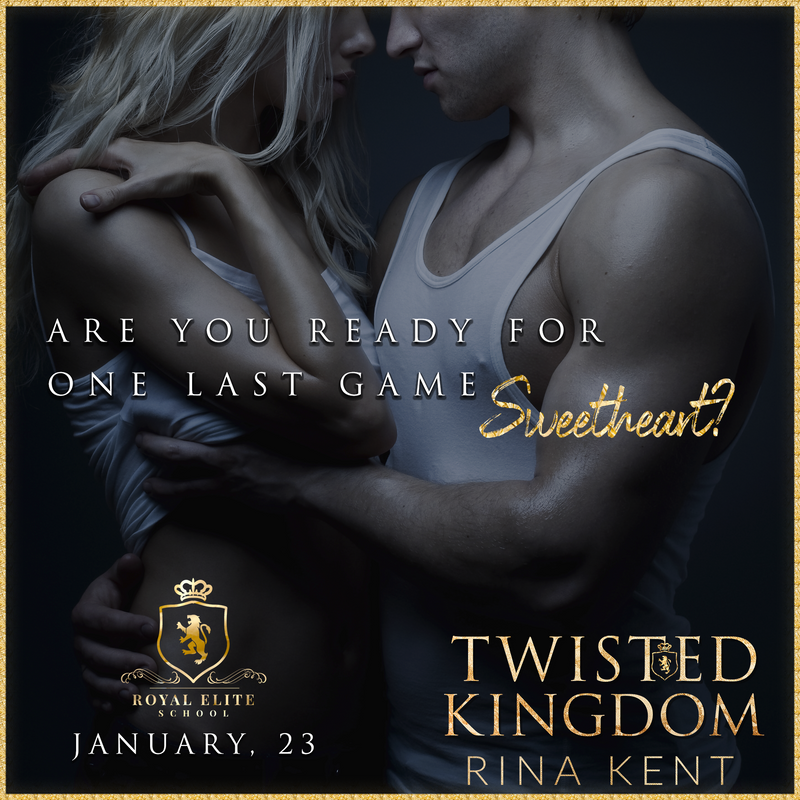 The intimate scenes were sizzling and the connection Aiden and Elsa share is much deeper as we find out more about their childhoods. I love the way Rina Kent writes so that you can feel the need they have for each other and though Aiden is sometimes a possessive and Jealous prick, he really just wants to protect Ella. He also has an extremely dirty mind and has no problem with telling her his every dirty thought.

Aiden is such a compelling character. He is a sociopath but he controls himself for the most part. His mind is funny and the parts of the book told from his point of view are awesome. We get to see how he his brain works and also how he feels about Elsa and even about his friends and other students.

“A moment later, he strides in our direction. He smiles at me so wide, I’m tempted to cut his face open. The only reason I don’t is because Elsa would hate me even more.
Knight can still do it, though. With the right encouragement.
I tuck that idea for later.”

This book also sets up some of the next books in the series. I want to know more and find out who the rest of the horsemen will end up with and what is they mystery between Xander and Kim. I would almost think that Kim’s brother Kai is their son, but his age doesn’t add up. So I don’t know what is going on with them. I can’t wait to find out more.