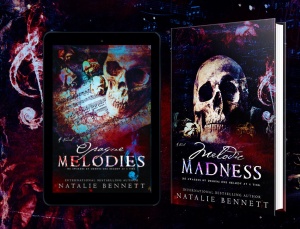 There’s a method in his madness.
Alaric is as brilliant as he is beautiful and twice as deadly.

He’s been watching me.
Studying me.

He’d planned to keep me long before I arrived on his doorstep.

His chaotic world is now the prison I’m forced to call home. A place where nightmares and reality are indistinguishable.
As I struggle to find some clarity in the lies and darkness that surround me, Alaric continues to manipulate from the shadows.

He knows exactly how to make my demons rage, just to soothe them with his opaque melodies.

I’ve never hated anyone more.
But he’s the one thing I’d happily die for. 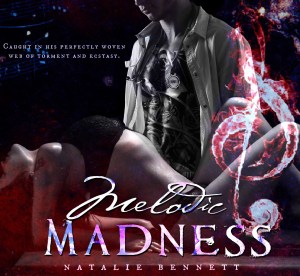 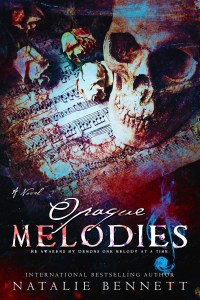 The heroine: Catalina Haven – she has suffered from mental health issues (manic depression) in the past but had it under control until she traveled to California to go through her sister’s belongings after her death. Since arriving she has started falling for her sister’s husband, has been seeing things and experiencing blackouts. Or has she?

The Hero(es): Alaric Schuyler – a definite psychopath, he runs some sort of psychiatric clinic called Dream Garden that is extremely shady. He is a doctor and was married to Catalina’s half sister Meg. He works with his brother and they seem to be involved in some very bad things.

The story: Catalina finds herself stuck with Alaric controlling everything around her. She knows he has been doing things that are playing tricks with her mental health and he has been drugging her with some experimental drugs.

This was an extremely crazy story and I didn’t know what was really going on from one minute to the next. The relationship between Alaric and Catalina was sizzling hot and steamy, but Alaric was super controlling and not in a good way. He also reminded me a bit of Hannibal Lecter without the cannibalism.

“I didn’t want to live in a prison, let alone one where the warden played games with my mind.”

The story was dual POV, but most of the chapters were told from Cat’s POV. I kept thinking I knew what was going on, then a chapter in Alaric’s POV would show me that I had no clue. I like the mysteries and the crazy in the story. Though I think there were problems with the ending. It seemed too rushed to me and there were things that either seemed unresolved or not explained well enough.