There’ll Be Peace When You Are Done: Actors and Fans Celebrate the Legacy of Supernatural. ⭐️⭐️⭐️

There’ll Be Peace When You Are Done: Actors and Fans Celebrate the Legacy of Supernatural by Lynn S. Zubernis

Not at all what I expected! 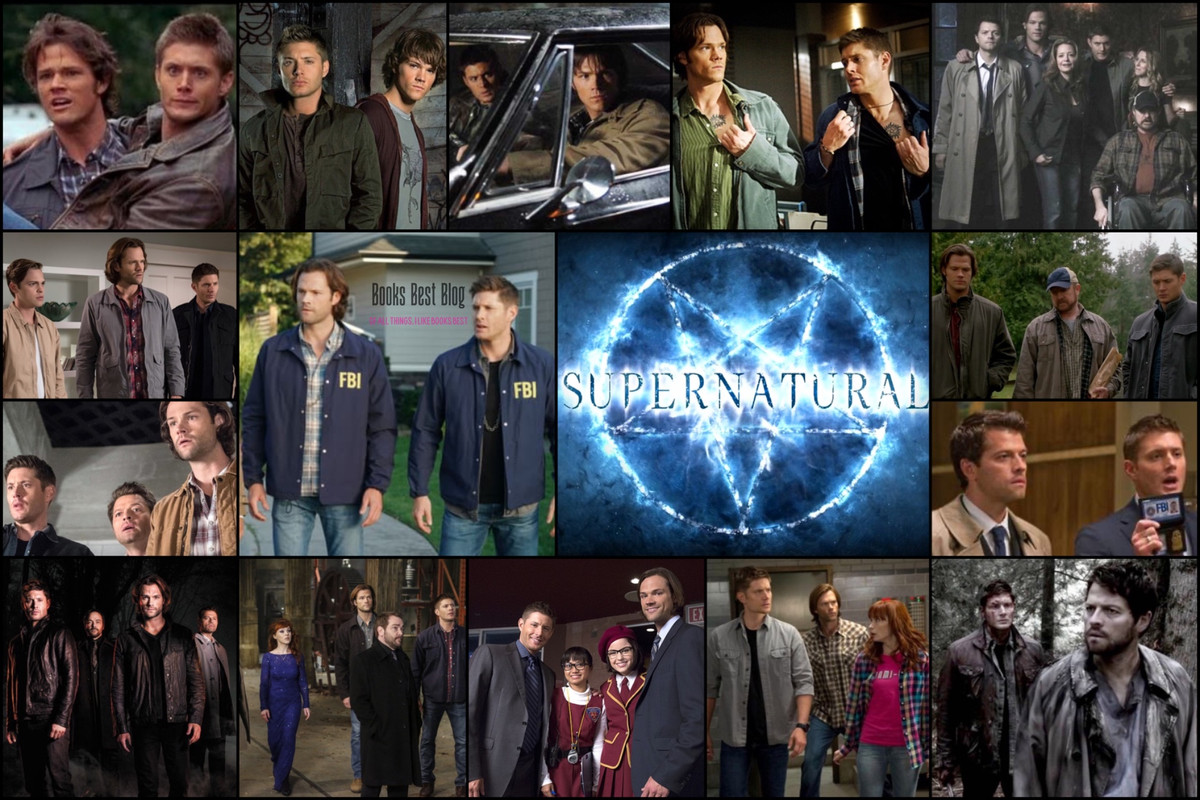 This was a first for me with this type of book, so I am not sure what books of this nature generally look like. I guess I expected more pictures and more fond reminiscing of episodes. There are quite a few pictures and drawings of the characters from Supernatural, but the book is more about the lingering affects the show on peoples lives, including the stars, guest stars and fans.

The chapters are in essay format and many talk specifically about one episode while others deal with the show as a whole and how the show dealt with certain subjects like people with disabilities (i.e. Bobby Singer in a wheelchair) and the deaf (Shoshannah Stern) who played Eileen.

So Shoshannah tells a story which includes details about where she was in life when she was hired for Supernatural, the fact that ASL is her first language and that is a language that very few people know, how she often gets asked and has to answer stupid questions about her deafness (i.e. what it feels like to not be able to hear) and she goes on to talk explain the fact that she is not getting cochlear implants and wants everyone to know so people don’t keep coming up to her and letting her know that it is an option for her to look into. She says she went through a period of grieving when she found out her character of Eileen was going to die.

The book also has stories of friends made online by connecting through Supernatural, couples formed from Supernatural and the author’s experiences where she wonders where she would be now if she hadn’t watched that first episode of Supernatural, she also discusses some psychological effects of a show like Supernatural. We as fans feel like we are inviting good friends or family into our homes each week as we watch. I certainly know this feeling because even as I stopped watching all TV a few years back when I got really big into reading, Supernatural was the one show I continued to watch week after week. I will be one that will sorely miss Sam and Dean.

The book has some good stories and it covers topics like how women have been portrayed in the media and how they became more powerful on Supernatural. We saw a lot of very powerful women such as Jo Harvelle, Mary Winchester, Sheriff Jodi Mills and her group of hunter girls. Where at the beginning when the show began, women were seen mostly as daughters, wives and mothers.

The show also had a LGBTQIA presence with characters like Cesar and Jessie who were not your stereotypical gay couple because they were tough and hunters, as well as lesbian characters like Charlie Bradbury. I enjoyed some of the stories and it brought back memories of quite a few episodes and characters that I enjoyed. However it also had a lot of extraneous information that I didn’t care about. I think the stories could possibly have been edited better to be more succinct and to the point as well as sticking to supernatural a bit more and not going of on odd tangents.