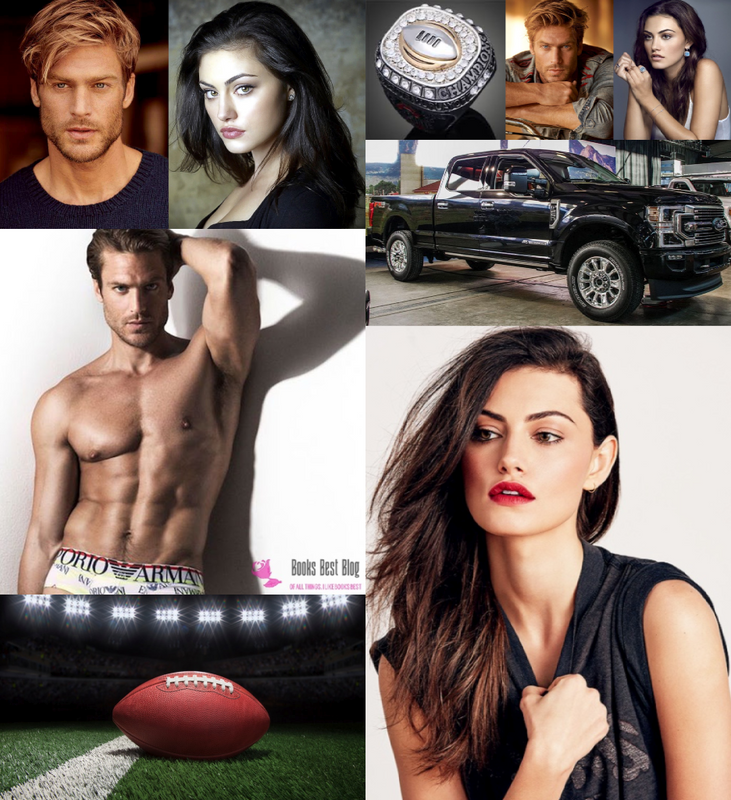 I read the first book in this series a while back and I really liked it. It has taken me a while to get to this one and I was really looking forward to it but I was surprised at the beginning that it was not nearly as dirty as the first book given that the name of that book was Dirty Player and the name of this one is Filthy Player. Of course it had been a while since I read the first book, but I remember a bunch of dirty talk and a lot of intimate moments between Football legend Oliver Powell and Shannon, the sister of the up and coming star Quarterback Beaux Hale.

This book is about Beaux Hale after he has led his team to a Super Bowl win and is getting tired of the kind of girls that are interested in him only for his fame and his money. He takes an interest in a waitress at a bar near the stadium his team plays at. Paige is the one girl who always seems exhausted and though she has looked at Beaux with interest, she has turned down his advances in no uncertain terms.

When Beaux sees Paige behind the desk at an auto body shop after his truck breaks down one morning he sees it as his chance to get to know her more. Paige is wary of men because she takes care of her Dad who has some health issues after having a few strokes. Every guy she has tried to date has kicked her to the curb as soon as he found out that her Dad will always come first.

Beaux understands because his mother was sick and died when he was in high school and he wants Paige to trust him. So he takes things slow, but even so Paige is skittish and finds it hard to trust. While Beaux just wants her to realize that he can be someone she can lean on to take some of that burden she carries so heavily. However since nobody has ever done anything like that, it is hard for her to believe anyone would want to. Especially someone like Beaux, a super bowl winning darling of the NFL.

This book really does end up living up to its name once Paige decides to start trusting Beaux. The romance between the two of them is not only hot and steamy but about as filthy as can be and I did love every minute of it. One thing I can say about Stacey Lynn is that she can write some smokin’ hot love scenes. I certainly will be reading the rest of this series. I think I will give this one five flames and five stars for the romance and the story.

I also like that she was always having to take everything on her own shoulders, working two jobs, taking care of her dad, worrying about creditors, making dinner, doing the laundry, etc. and he came in and helped her take some of that load off her shoulders. Where do I get a guy like that?